As runners lined up to pick up their bibs for the Boston Marathon, many were thinking about the race they've prepared so long for.

"This is my fifth consecutive marathon," said Catie Macaluso, who runs in honor of her mother. "I'm very excited, I'm nervous, I'm hoping the rain holds off."

The weather on Marathon Monday is one of the hot topics. After last year's wind-swept rain and cold temperatures, this year's race could be gloomy as well. 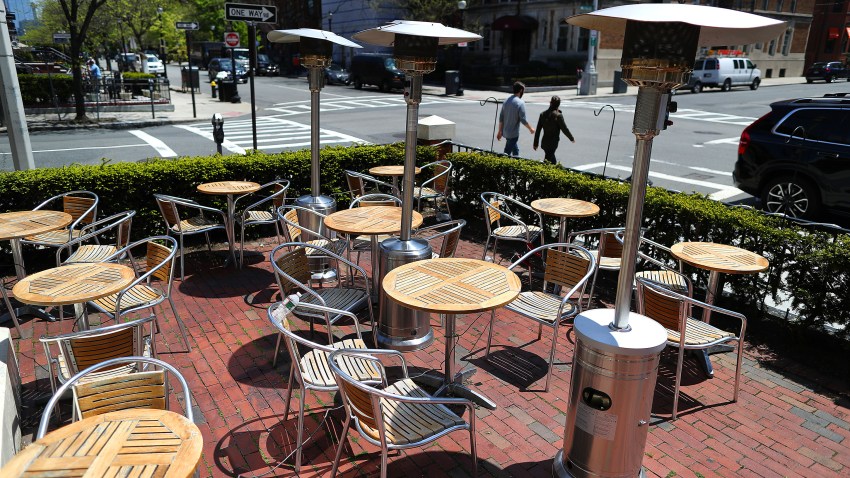 "The uncontrollable is always out there," said Sean Quirk, head coach of the Boston Cannons. "Last year was really tough with the weather, so expecting it to be a little bit better this year hopefully."

There are some extra precautions race organizers have announced because of the potential for rough weather, including no delay this year between Waves 3 and 4 -- that's to lessen the amount of time Wave 4 runners have to wait in the Athlete's Village before they begin.

And along the course, there will be extra gear and facilities to help runners and volunteers who may be struggling.

But there's no talk of postponing the race.

"The marathon is run on Patriots Day, or it's not run," said Tom Grilk, CEO of the Boston Athletic Association.

There will be a massive amount of security in place, but there are no credible threats to the event.

"We know what happened before," said Boston Police Commissioner William Gross. "Let's be each other's eyes and ears. This is our city, our marathon, let's look out for each other."