Meanwhile, Caucus Chair Jeffries of New York shoots up to the top spot

Congresswoman Katherine Clark secured a new role as the whip for U.S. House Democrats on Wednesday, elevating the Revere resident to the number-two role in her caucus amid a historic changing of the guard.

After winning the support of her colleagues behind closed doors, Clark, who is currently assistant speaker, will join Congressman Hakeem Jeffries of New York and Congressman Peter Aguilar of California in the House's leadership ranks next session when Democrats will shift to the minority party.

Jeffries will serve as the top House Democrat and Aguilar will be caucus chairman, the role Jeffries holds now.

During an appearance Monday night on "Greater Boston," host Jim Braude asked Clark why she was not the top House Democrat, with Jeffries second.

As December approaches, congressional leaders are looking ahead at how best to navigate what's left of the lame duck session. So much to do, so little time -- such is the plight of congressional democrats trying to push through key priorities with just give weeks until republicans take over the House. NBC10 Boston political reporter Alison King has more on what democrats are hoping to accomplish.

"Well, first of all, it is about team," Clark replied. "I have never cared about titles. It's about the work. And what I see in the whip position is continuing the work I've done, putting people together with solutions, building consensus, and driving us forward."

Braude also asked Clark whether House Speaker Nancy Pelosi, who will step down from leadership but remain in the House, had "picked the three of you" - Jeffries, Clark and Aguilar - as the next group of leading House Democrats. Clark didn't say yes or no. 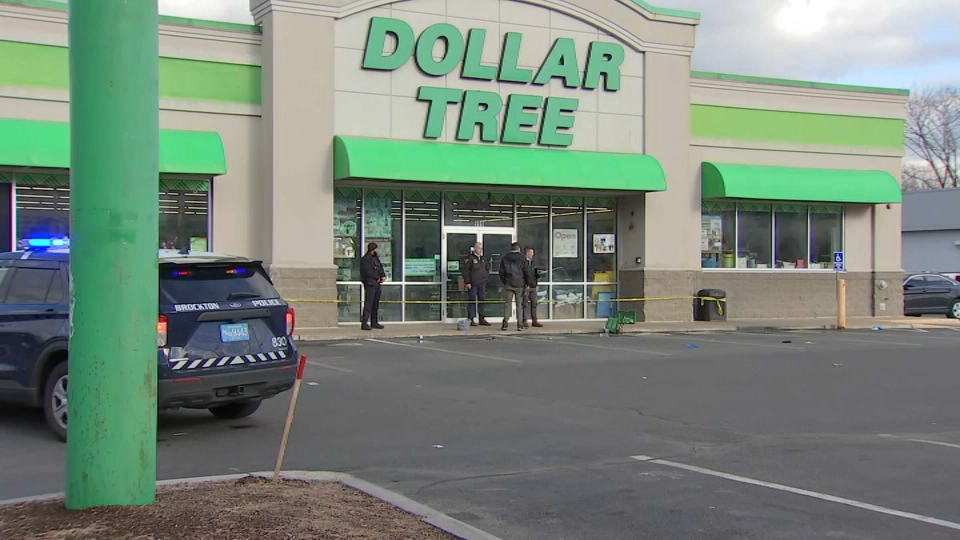 "You know, we really came together as a partnership that has worked over the years," she said. "Hakeem Jeffries and I started working together in 2018. He was working on messaging. I was working on recruiting candidates."

"We as a team and as a caucus reflect the diversity and the strength of the American people," Clark said. "That is where we are able to come together around shared values and reflect back to American families that they are the priority, they are who we will bring to the leadership table with us -- their stories, their challenges, their victories and solutions for what they are facing."

Rep. Nancy Pelosi (D-Calif.) announced Thursday that after more than two decades as the Democratic Party’s leader in the House of Representatives, she will not seek re-election to serve as the party’s congressional head. Pelosi will continue to serve as the representative her district in San Francisco.

Clark did not face any opponent in her bid for party whip.

Her national profile has been growing in recent years while she served as assistant speaker, a top deputy to Pelosi. As whip, Clark will now hold the second-highest post among House Democrats.

Jeffries will become the first Black person to lead a party's caucus in either the U.S. House or Senate, according to NBC News.

Pelosi and Majority Leader Steny Hoyer announced after the midterm elections, when Republicans won a narrow U.S. House majority but could not flip the Senate, that they would step down from leadership.

Jeffries on Wednesday called Pelosi "an extraordinary speaker for the ages who has delivered so much for so many over such a significant period of time."

"Our caucus is better, our country is better, the world is better because of Speaker Nancy Pelosi's incredible leadership," he said.

Democrats are preparing to serve as the minority party in the House after Republicans won a narrow majority in the midterm elections, which will force Clark and fellow members of the Massachusetts delegation that have enjoyed high-ranking posts -- such as House Ways and Means Committee Chair Richard Neal and House Rules Committee Chair James McGovern -- to adjust to a new dynamic.

Bigger leadership questions for the House appear to be still unanswered. Current Minority Leader Kevin McCarthy secured his colleagues' approval to continue serving as the top Republican, but it's not yet clear if he will be able to win enough votes to become House speaker.

The Washington Post on Wednesday identified four Republicans that are "hard nos" for McCarthy as speaker and another that it called a "very likely no."

"If we play games on the floor, the Democrats can end up picking who the speaker is," McCarthy said on Newsmax on Monday, according to Axios.

Clark, D-Mass., currently assistant speaker of the House, is hoping to be minority whip.

"I think at the end of the day, calmer heads will prevail," McCarthy added, per Axios. "We'll work together to find the best path forward."

The incoming Democratic leadership team on Wednesday mostly stayed out of the speakership debate, instead pledging to focus on an approach Jeffries described as "get stuff done, make life better for everyday Americans."

"We look forward to finding opportunities to partner with the other side of the aisle and work with them whenever possible, but we will also push back against extremism whenever necessary," he said.

Clark pointed to work the House completed this term with a Democratic majority under President Joe Biden, including passage of a major climate bill and gun reform legislation.

Congressman Seth Moulton, a fellow member of the Massachusetts congressional delegation who in 2018 opposed reappointing Pelosi as speaker, called the new trio "the most diverse leadership team in our history, and a chance to move our party and country into the future."

"While this moment presents a great opportunity for Democrats, it will not be easy," Moulton said in a statement on Wednesday. "Jeffries faces an opposing party that doesn't have the solutions to bring us into the future so they have to rely on political theatrics. Republicans' answer to inflation and rising crime rates is investigating Hunter Biden's laptop. They claim to own patriotism while simultaneously attempting to burn down the Capitol. They claim to own the economy while ten of the last eleven recessions began on their watch. And, they claim to own national security, while undermining Ukraine."