Cleanup Continues: Here's When Power Will Be Restored for Most in Mass.

Utility crews have been working around the clock to restore power to hundreds of thousands of homes and businesses in New England after a nor'easter battered the coast with hurricane-force wind gusts earlier this week.

The main problem was the power outages -- more than 92,000 were still without power in Massachusetts Friday night -- down significantly from 161,000 people earlier in the morning -- mostly on the South Shore and Cape Cod, the Massachusetts Emergency Management Agency reported. Several thousand more outages were reported in Rhode Island.

Many people were being told it would be at least until Saturday before it would be restored. In some towns, more than 75% of customers were still without electricity.

More than a dozen schools were closed or delayed Friday. Meanwhile, our weather team issued a First Alert for another storm that will hit the region this weekend with strong winds and more rain.

An October nor'easter left a major cleanup job in southeastern Massachusetts, where full power restoration was expected to take days.

Aerial footage from over the South Shore showed the destruction caused by the storm, including toppled trees, boats tossed on land and roofs torn from buildings.

In hard-hit Duxbury, 67% of people remained powerless Friday. Residents brought out their own chainsaws to clear trees Thursday, including the Roberts family, who didn't have a way out of their home.

"We were not anticipating a storm like this. This is pretty severe," Sarah Roberts said.

“It’s a little frustrating," she said. I understand that they’re trying to clear the big roads to get the emergency vehicles through and trying to get to the schools and get those up and running, I understand all that, but it’s frustrating. This is a huge tree and lots of wires down.”

The cleanup continues in some parts of Massachusetts after this week's nor'easter knocked down trees and power lines along the coast.

For Nick Pagliarulo, it took 80+ mph winds to knock down a tree on his roof, and it's taking about that much effort to find someone to remove it. The retired state trooper says call after call has gone unanswered.

Pagliarulo was trying to seal his roof before the next storm arrives, threatening to bring a ton of rain to parts of New England on Saturday.

"Yeah, definitely, because water damage that's as bad as this," he said, gesturing to the tree on his roof.

While crews were working to clear the street out front Friday afternoon, the tree remains.

About 67% of customers in Duxbury were still without power Friday morning, but Eversource is projecting that power will be restored to the majority of homes and businesses soon.

Friday marked day three in Duxbury with a majority of the town still without power.

This is also the most activity that residents have seen here, with trees blocking roads and the work to clear a way initially taking time.

"There is still a long haul before we get complete restoration," Duxbury's town manager said, noting it's been a long haul and time is not on the town's side.

"Usually with these situations when you get to a 24 or 48 hour period by that time, everybody is tired of it, now we're heading into 72 hours, anything longer than that, patience tends to grow thinner," he said.

Bob Gray was also out and about Friday afternoon to start the cleanup.

"I am just holding down the fort here," he said.

Gray's wife and son are staying with family who have power. Like everyone else in the area, Gray is ready for all of this to be over.

Town officials said they hope much of the debris will be cleared over the weekend.

"We still have a lot of destruction here," Duxbury Deputy Fire Chief Rob Reardon said. "We’re seeing tremendous destruction - you don’t have to drive far to see it. You can drive some of these neighborhoods and you just can’t get down the streets, you’ve got to move all around."

In Marshfield, Bobby Nash said he woke up Wednesday to what sounded like a mini earthquake. Nash says a tree fell, hitting a transformer and pole sparked, hit the ground and shook.

He later found out his red work truck was buried underneath a tree.

While cleanup is underway across the state, there's still plenty of damage in these communities, with low hanging power lines partially blocking roads or trees resting against poles.

Crews continue to work around the clock trying to get the lights back on for everyone, but in the meantime it feels as though life has been put on hold for people like 12-year-old Sydney Pattison who is trying to get by without power in her home.

"It's hard," she said. "Mostly boredom, not doing anything."

For many along the South Shore of Massachusetts, it has now been three days living in darkness after this week's nor'easter slammed the area.

Eversource estimated that most of its affected customers would have their power restored by 6 p.m. Saturday. The company released a town-by-town list of estimated power restoration times Thursday evening -- all were slated to be completed by Saturday.

"I want them to know we're throwing everything at this," Eversource President and CEO Joe Nolan said Thursday, noting that crews were being brought in from all over to help.

National Grid urged its customers who want updates on outages to text REG to 64743 to sign up. 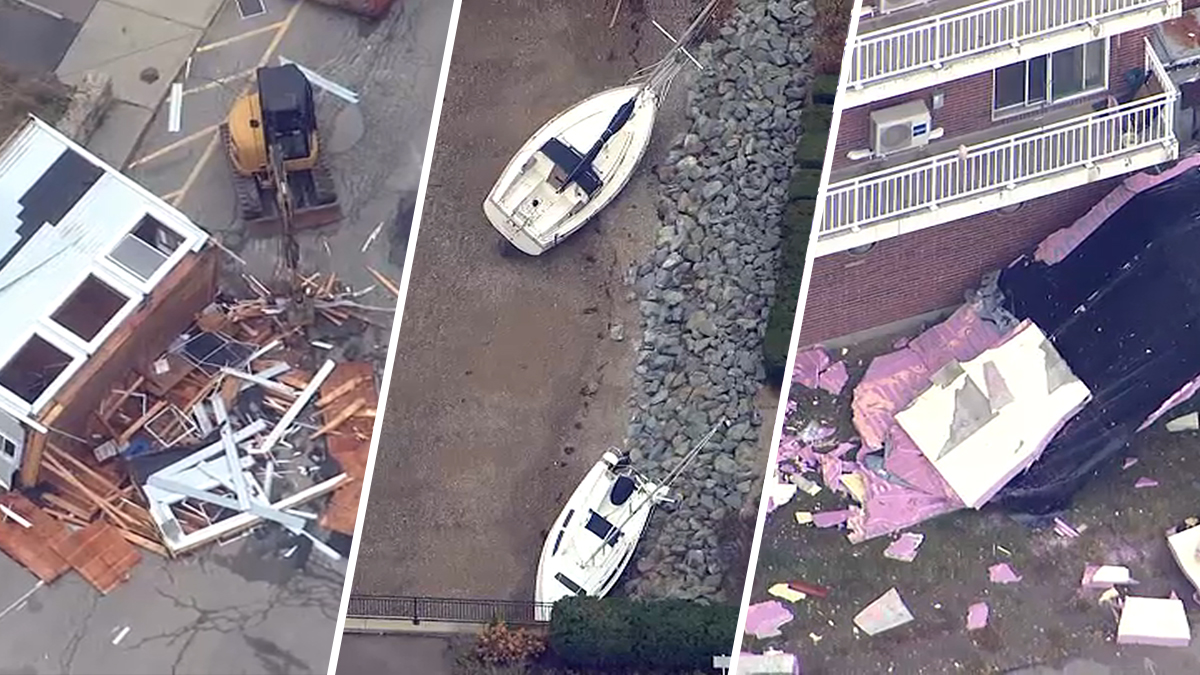 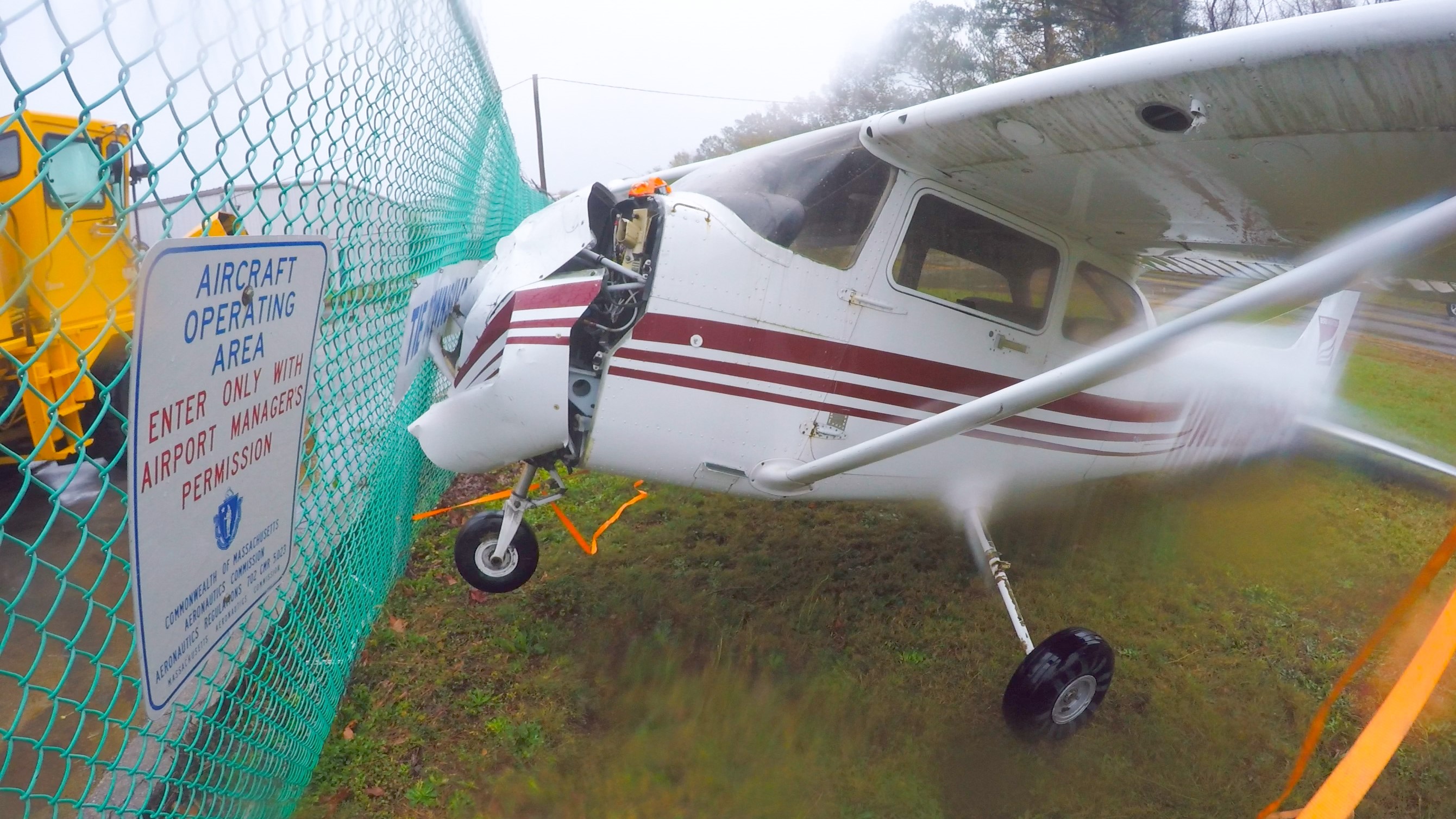