High pressure south of the region will provide us with a west/southwest wind which will pick up a bit this afternoon, helping send temperatures well into the 80s

We’re in the home stretch of the Memorial Day weekend holiday and ending it on a hot and humid note.

Other than some early morning fog across some coastal areas and interior valleys, much of Monday will be bright and sunny, so grab that sunscreen if heading to the beaches or pools!

High pressure south of the region will provide us with a west/southwest wind which will pick up a bit this afternoon, helping send temperatures well into the 80s, close to 90 across portions of southern and central New England.

Much of the region will remain dry, but a frontal system passing through northern Maine may produce a few showers and t-storms this afternoon. Highs will range from the mid 80s to 90 south, cooler south facing shorelines, mostly in the 80s north.

The race returned after a two-year hiatus due to COVID-19 precautions, with runners given the option of running either a 5-mile route or a half marathon.

Memorial Day's sunny sky will transform into muggy and mild overnight with a partly cloudy sky. A backdoor cold front will slide south through Maine, kicking off a few showers as it does so, but the rest of the region will remain dry with a few areas of patchy fog possible. Lows in the 60s south, 50s north.

Western and southwestern portions of the interior will remain hot and humid Tuesday, but the backdoor cold front sliding south out of Maine, will play spoiler and drop temperatures back into the 60s & 70s during the morning and early afternoon hours along the New England coastline.

Windy conditions expected, those heading to the beaches or planning to do some boating should take notice that as the front passes through, winds will rapidly pick up out of the northeast…some of those gusts of wind may blow beach furniture around as well as make it tough to navigate small watercraft.

Highs Tuesday will range from the mid to upper 80s inland to the 60s & 70s along the coastline. Going forward, we’ll see an unsettled pattern settling into the region with scattered showers Tuesday night and again during Wednesday. The threat for showers remains in the forecast right through the end of the work week as several disturbances pass through the region. 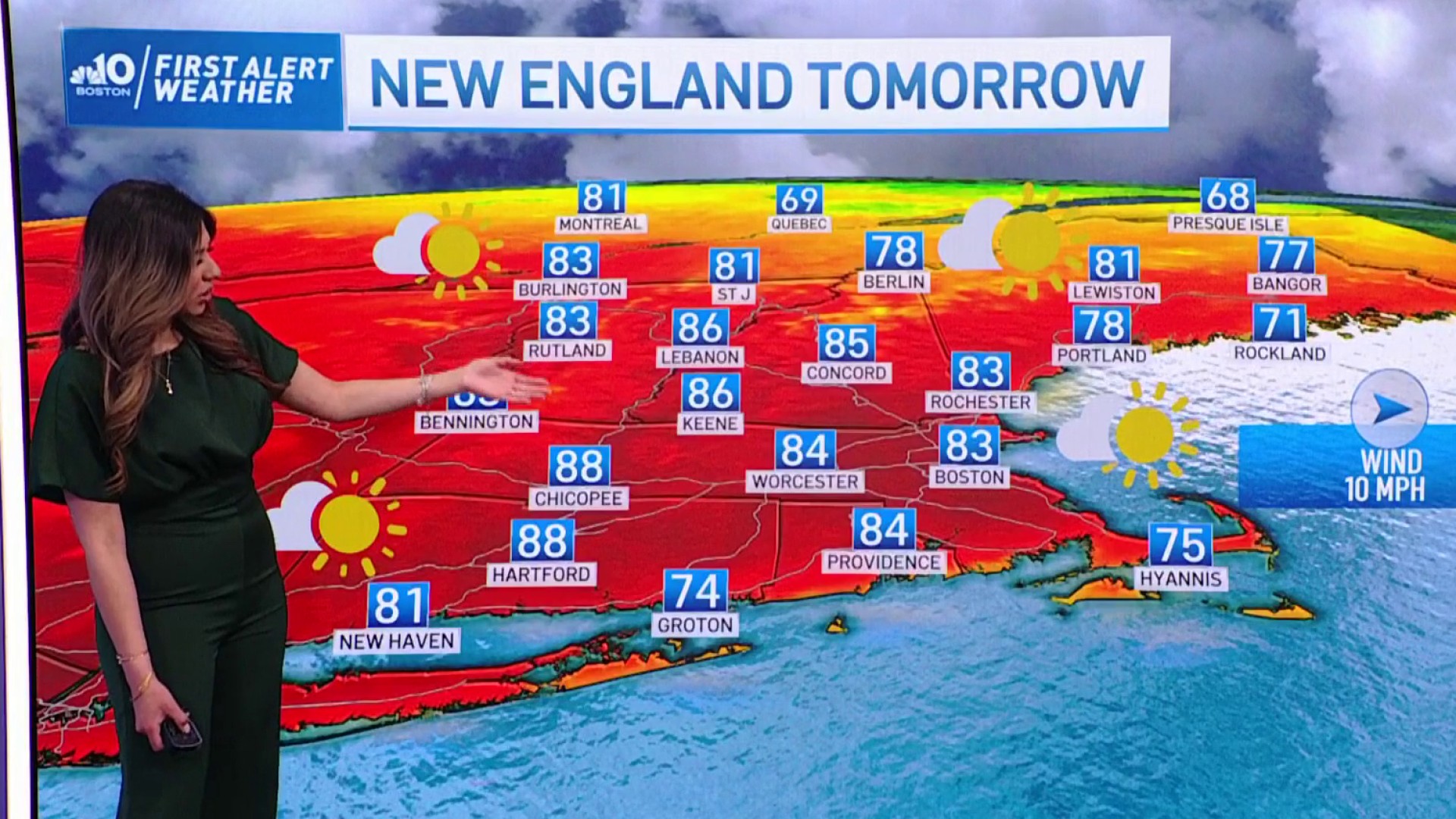 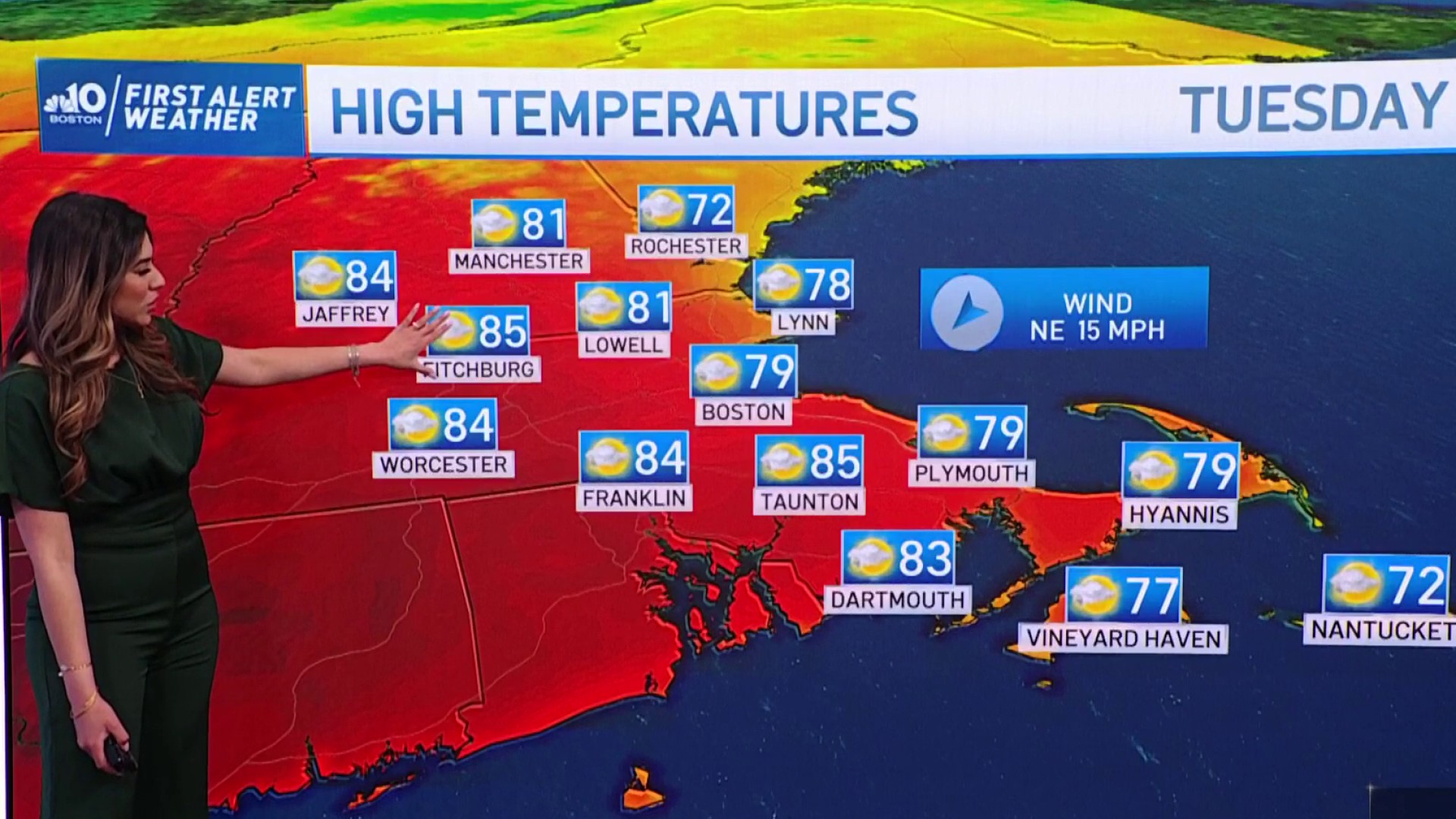 The rain is a very welcome sight, considering much of the area has seen below average rainfall not only for the month of May, but for the whole entire year!  On the temperature side, expect to temps close to or just below average during the period with highs mostly in the 60s.

Have a happy and safe Memorial Day!