Why You Should Adopt a Shelter Animal

Thinking about taking home a new furry friend? Here's why you should head to a local animal shelter to adopt during Clear the Shelters on August 19.

Pets can help you maintain an active lifestyle

It's important to take good care of a pet, but pets can also take care of their owners, providing both physical and mental health benefits.

Because pets require a lot of attention, especially dogs, who need to go outside every few hours, owners have a reason to get off the couch and be active.

According to the Centers for Disease Control and Prevention, pet ownership has been shown to help lower blood pressure, cholesterol levels and feelings of loneliness.

You can save a life — or two 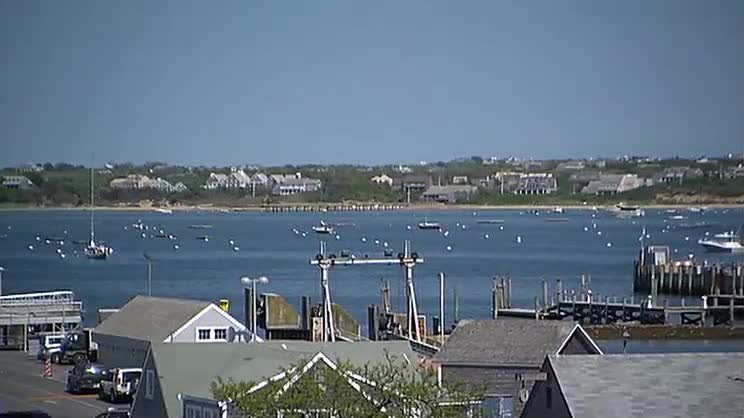 Every year, six to eight million dogs wait to be adopted from animals shelters — so many that millions are euthanized each year due to overcrowding, according to PETA.

[NATL] 9 Tiny Cat Breeds That Are Hard to Resist

Adopting a shelter animal not only gives your pet a second chance in a happy home, but can also save it from being euthanized in an overcrowded shelter.

By taking home your new pet, you also make room at the shelter for another animal with nowhere else to go.

"Every single pet that is adopted frees shelter staff up to work with and prepare the next pet for potential adoption," said Kenny Lamberti, director of strategic engagement and companion animals for the Human Society.

They may be cute, but those wiggly little pups in pet stores often come from puppy mills, where they live in unsanitary, overcrowded conditions.

[NATL] 10 Most Common Dog Breeds in Shelters Across the US

According to Kathleen Summers, director of outreach and research for the Puppy Mills Campaign, even looking to buy an animal from a pet store helps prop up the puppy mill industry, because pet stores separate "the consumer from the reality of where mass-produced puppies come from."

"Great strides have been made in reducing the euthanasia of healthy homeless pets in this country," Summers said. "But a return to buying puppies from pet stores instead of adopting from shelters and rescues could turn back the clock to the days when the United States euthanized millions more adoptable dogs than we currently do."

Many shelter animals are already housetrained

One of the big myths about shelter pets is that all of them have behavioral issues or have been rescued from abuse. Many shelter animals, however, end up there because their owners can no longer care for them.

"The majority of pets in shelters are there because of 'people problems' like financial crisis/loss of income, divorce, lack of pet accessible housing or lack of access to veterinary care," said Cory Smith, director of public policy for companion animals at the Humane Society.

[NATL] A Day in the Life of an Animal Rescuer

Many of these animals, especially older ones, have already been housetrained and socialized. Shelter and rescue staff work hard to prepare pets for the transition to a new home and family.

"The goal of most shelters and rescues is to get pets out of their care and into homes as efficiently as possible," said Lamberti of the Humane Society. "So house training, basic training, and social skills are very important."

Animals undergo full physicals when they are brought to a shelter and many shelters have veterinary clinics on site to treat any medical issues that arise. Shelter staff makes sure animals are in top shape before they are ready to be adopted into a new home.

Many pet stores and even some breeders do not offer animals the same health services prior to adoption. Dogs born in puppy mills and sold at pet stores can carry diseases ranging from parasites to pneumonia, according to the American Society for the Prevention of Cruelty to Animals.

[NATL] 11 of the Best Dog Breeds for Senior Citizens

Adopting a shelter animal is cheaper than buying from a breeder

The financial cost of adopting a shelter animal is almost always less than purchasing an animal from a breeder.

Depending on the age and breed of the animal, buying from a breeder could cost anywhere from a few hundred dollars to upwards of $1,000, but this does not usually include any health benefits, according to Pet360.com.

Many shelters spay and neuter animals before adoption, saving adopters hundreds of dollars. Rescue animals are also often microchipped and vaccinated, which can cost up to $60 and $150, respectively.

Although adoption fees can still be hundreds of dollars, they include initial veterinary costs, which can add up quickly. Shelters around the country will waive or discount adoption fees on Saturday, August 19 during Clear the Shelters.

A pet will always be there for you

Shelters provide a space for animals of all different breeds, ages, shapes, sizes and personalities. They house so many different pets that you are sure to find an animal that fits your lifestyle and will serve as your perfect companion.