The Amesbury, Massachusetts, community continues to mourn the loss of Troy Marden, the high school senior who was killed in a snowmobile accident in Maine over the weekend.

Loved ones describe Marden as an accomplished student, passionate, strong, and a loyal friend.

Quinn Lysik says Marden was his best friend. The two were together this past weekend in Poland when Marden was killed. 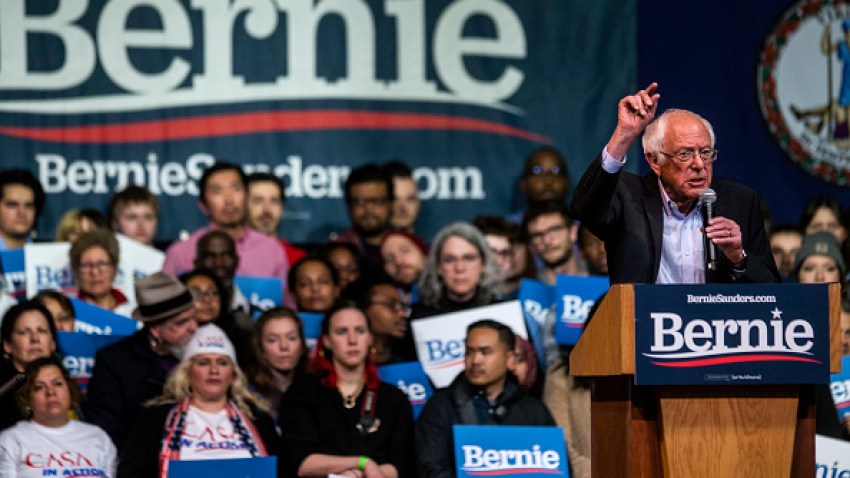 At Boston Rally, Sanders to Make Final Push in Mass. Ahead of Super Tuesday

Lysik did not want to talk about what happened or what they were doing this past weekend, instead he only wanted to focus on his friend.

The Maine Warden Service says Marden was driving a snowmobile when he failed to negotiate a corner, hit a snowbank and was thrown from the machine.

The crash happened on Thompson Lake just before 11 p.m. Saturday.

There was another snowmobile being driven behind Marden at the time of the crash, and authorities say that person tried to help but that nothing could be done.

“We do know that he was up there with a group from this area,” Amesbury Police Chief William Scholtz said. “They were enjoying the weekend and tragically it took a turn.”

Marden was a senior at Amesbury High, just four months from graduation. He had already been accepted to six colleges.

“Everybody enjoyed being with him," Principal Elizabeth McAndrews said. "He was a pretty remarkable young man.”

Amesbury School District Superintendent Jared Fulgoni says he has spoken to Marden's parents and that he "can’t imagine the heartache that they feel.”

It’s still not clear why Marden missed the turn, but the crash remains under investigation.

Counselors will be available at the high school next Monday when students return from vacation.

Despite it being vacation, the school was open on President’s Day because Fulgoni says they wanted it to be “a place where people could commune together and grieve and talk and laugh and share stories about Troy and his life.”

"He was a very well known, popular, and I think that speaks to his character. He's incredibly funny, friendly, outgoing," Fulgoni said of Marden on Monday. "It's always tragic when someone so well-known and so well loved is taken from us tragically."

People have expressed their support and grief on social media, including on the school’s Facebook Page, which is honoring the 17-year-old’s number 48.

Classmates and parents of the school have left condolences and prayers for Marden's family.

"When I got the phone call from the superintendent I, it's just devastating. It's just, I have a young son and I was just heartbroken," Lara Hillier, a parent at the school, said.

She said Marden's death hits close to home for all parents in the city.

"I don't know his family or other parents, but I know we all feel the pain," Hillier said.

In a message sent to families in the Amesbury school district, Fulgoni called Marden's death a "tragic loss to our school community."

"We are deeply saddened by our loss, and our thoughts and prayers are with Troy’s family and friends," the message read.

In addition to Marden's fatal crash, the warden service is continuing to investigate a second snowmobile crash that happened over the weekend. Fifty-two-year-old Gracie Herrick Onofrio, of Norway, was killed when her snowmobile hit the snowbanks of a plowed road, sending her vehicle airborne and throwing her from the snowmobile. She was then hit by a second snowmobile from the party.