The city is opening cooling centers but it's limiting capacity in the buildings and requiring visitors to bring their own water, among other restrictions

Cooling centers will be open Sunday through Tuesday across Boston after Mayor Marty Walsh declared a citywide heat emergency for the second weekend in a row.

Record high temperatures will be in jeopardy during the three-day period, in which we're expecting to see dangerously high heat.

Temperatures are forecast to soar to the mid-90s throughout New England, possibly reaching 100 in some places, with dew points back in the 70s.

More on the Coming Heat in Massachusetts 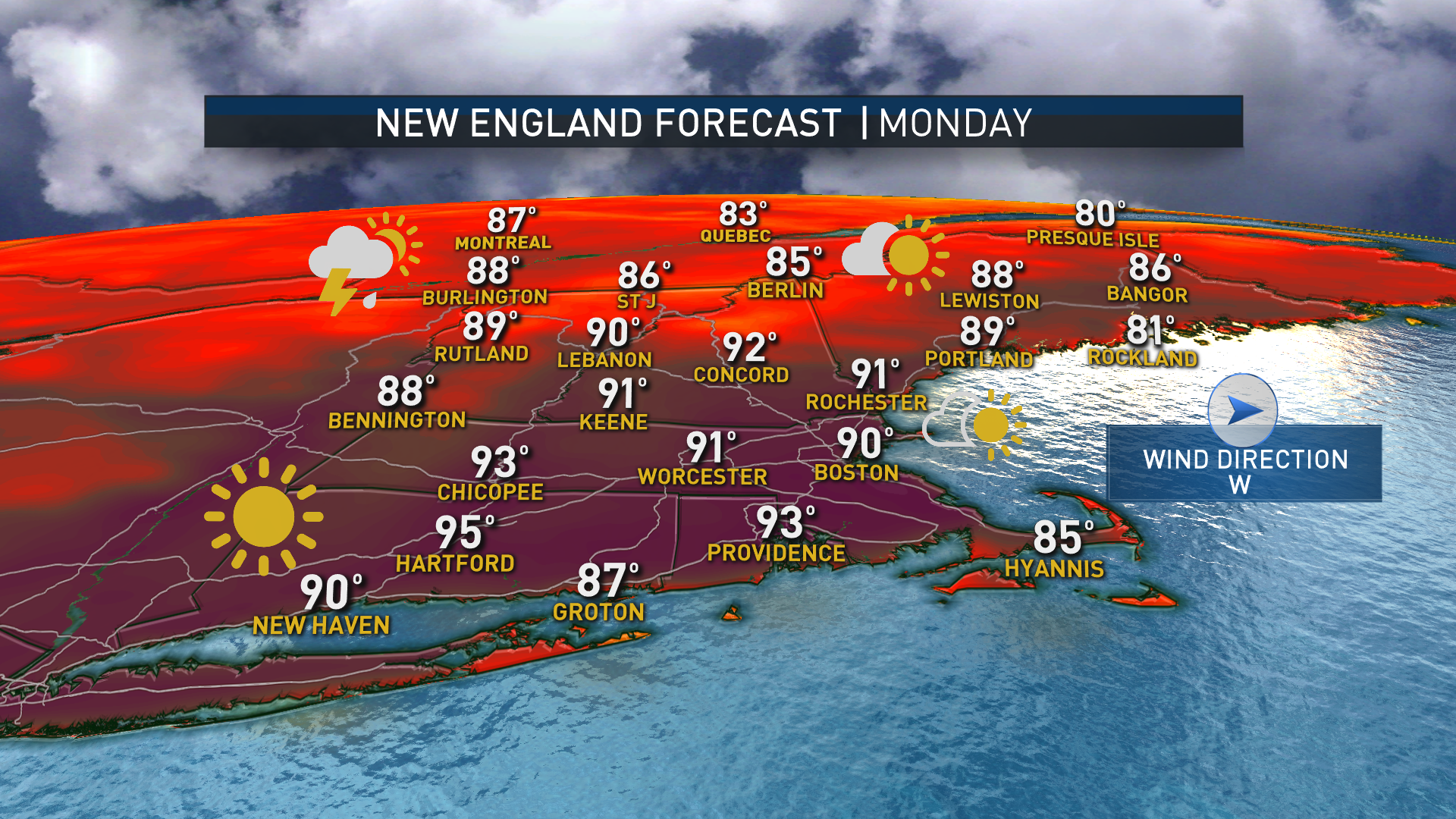 Boston Declares Heat Emergency Ahead of Another Scorching Sunday 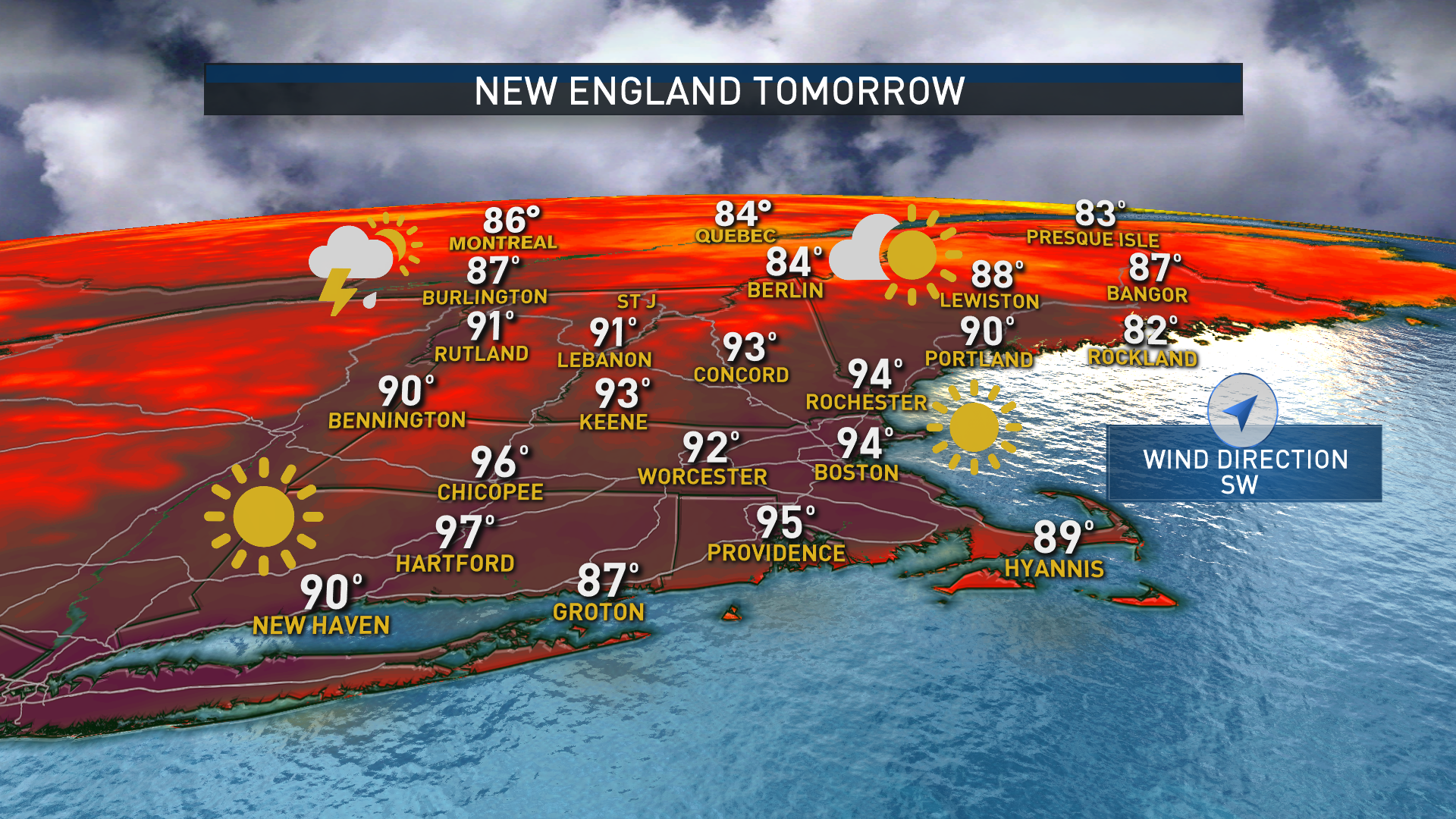 Temps Climb in the 90s, Heat Wave to Peak on Monday

Monday and Tuesday will be the hottest days in the stretch, and NBC10 Boston's forecast has hoisted a First Alert because the heat index will reach up to 105 degrees. Last Sunday and Monday were also brutally hot, prompting a heat emergency order in Boston then as well.

In the middle of another hot weekend across the region, people told NBC10 Boston they were standing in line for the wading pool for two hours on Saturday.

Arestani Playground in Brighton was busy all day, and some people people had trouble getting in the pool.

"The other pool that we go to, the one on River Street, it’s usually 50 people in for an hour then 50 people out, but this one you have one person goes in one person goes out, and people are not courteous today,” one woman said.

Pools, beaches and cooling centers around Boston are expecting heavy traffic as temperatures continue to rise.

"I’ve just been trying to stay cool, eating ice cream and get wet a little bit here and there, but that’s about it,” Cambridge resident Robert Rodriguez said.

Sunday, a few dozen people, including Laura McDonald hit up a public pool in Norwood.

"It's hot and my kids needed something to do out of the house, just to get outside," McDonald said.

"The kids wanted to be with their friends and swim," Christine Chastanet said. "It's super hot out, so we come to this pool a lot."

Twenty-one Boston Centers for Youth & Families locations will be open on Sunday, Monday and Tuesday to serve as cooling centers -- though with limited capacity -- from 10 a.m. to 6 p.m. Sunday and 9 a.m. to 5 p.m Monday and Tuesday. Click here for a complete list.

"We are opening our cooling centers for all residents to have the option to come in and cool off in air conditioning," Walsh said in a statement. "In addition, we'll have two outdoor pools open that are open for Boston residents. I want to remind everyone that COVID-19 is still a threat. Everyone needs to keep doing their part to avoid large crowds and wear your face covering, unless you're in the water."

Twenty-one Boston Centers for Youth & Families locations will be open on Sunday, Monday and Tuesday to serve as cooling centers -- though with limited capacity.

The two outdoor pools Boston will have open are Charlestown's BCYF Clougherty Pool and the North End's BCYF Mirabella Pool. The doors will be open from open from 11 a.m. to 5:30 p.m., but reservations are required -- they're available online here from 24 hours before the day's swimming session.

"I thought this would be a good place to come," Karen Russel said. "I've never been here before, and it looks like a pretty nice pool to swim in."

"It's very hot, so we're grateful the pools are open," Corey Dispeglia said.

Capacity at the cooling centers will also be capped at 40%, a safety measure amid the coronavirus outbreak to help keep people socially distant. People will be screened at the door and will have to wear full face coverings, stay 6 feet from other people and frequently wash their hands for 20 seconds or more. They'll also have to bring their own water bottles and can only bring one bag inside.