Two omicron subvariants of the highly transmissible BA.2 strain are fueling significant community spread in Massachusetts and the other New England states.

The emergence of subvariants BA.2.12 and BA.2.12.1, both sublineages of the BA.2 strain that some have described as the most contagious version of COVID yet, comes as that parent subvariant intensifies its already-dominant grip on America and New England, where data shows it's circulating at a faster rate than nationally.

Centers for Disease Control and Prevention data puts BA.2's prevalence at over 90% of cases in New England. And early findings indicate the subvariants could be up to 27% higher than BA.2, which was said to be up to 60% more contagious than the original omicron strain that overtook the globe, leading to unprecedented case rates earlier this year.

The Northeast has been hit hardest so far — with more than 90% of new infections caused by BA.2 last week compared with 86% nationally. As of Thursday, the highest rates of new COVID cases per capita over the past 14 days were in Vermont, Rhode Island, Alaska, New York and Massachusetts.

"It's very clear we're seeing a bump. How high the bump will go, we're only going to know over the next several weeks," Dr. Daniel Kuritzkes, chief of infectious disease at Brigham and Women's Hospital, said earlier this week. "Even if you look at the national data on the CDC trend map, it's showing an uptick now in cases nationwide that's really being led by the increase in cases in the Northeast. We can probably look forward to a further increase in cases in Massachusetts."

Some states, such as Rhode Island and New Hampshire, saw the average of daily new cases rise by more than 100% in two weeks, according to Johns Hopkins data.

Joseph Wendelken, spokesperson for the Rhode Island Department of Health, said despite rising cases, hospitalizations remain relatively low, and that’s the metric they are most focused on right now. About 55 COVID-19 patients are hospitalized, compared with more than 600 at one point in the pandemic.

Officials credit high vaccination rates. State statistics show 99% of Rhode Island adults are at least partially vaccinated and 48% have gotten the booster dose that scientists say is key in protecting against severe illness with omicron.

Vermont also has relatively high levels of vaccination and fewer patients in the hospital than during the height of the first omicron wave. But Dr. Mark Levine, the health commissioner there, said hospitalizations and the numbers of patients in intensive care units are both up slightly, although deaths have not risen.

Data from the Centers for Disease Control and Prevention shows that new hospital admissions of patients with confirmed COVID-19 were up slightly in New England.

Top Boston doctors discuss rising COVID wastewater data and cases in Massachusetts and whether that could lead to the return of a mask mandate on NBC10 Boston’s weekly “COVID Q&A” series.

Parts of Massachusetts, though, are now in the CDC's medium-risk zone.

Counties designated as medium risk include Berkshire, Middlesex and Suffolk, according to the CDC's website.

Rhode Island has two counties — Kent and Washington — that are designated as medium risk.

And in Connecticut, only New London County is considered medium risk.

Given the recent uptick in cases, the federal government plans to extend the nationwide travel mask mandate another two weeks at least, sources with knowledge of the decision said on Wednesday.

Dr. Anthony Fauci said this week that COVID will continue to circulate in communities for the foreseeable future, and people will have to make their own decisions about the risk they're willing to take based on their age and health status. 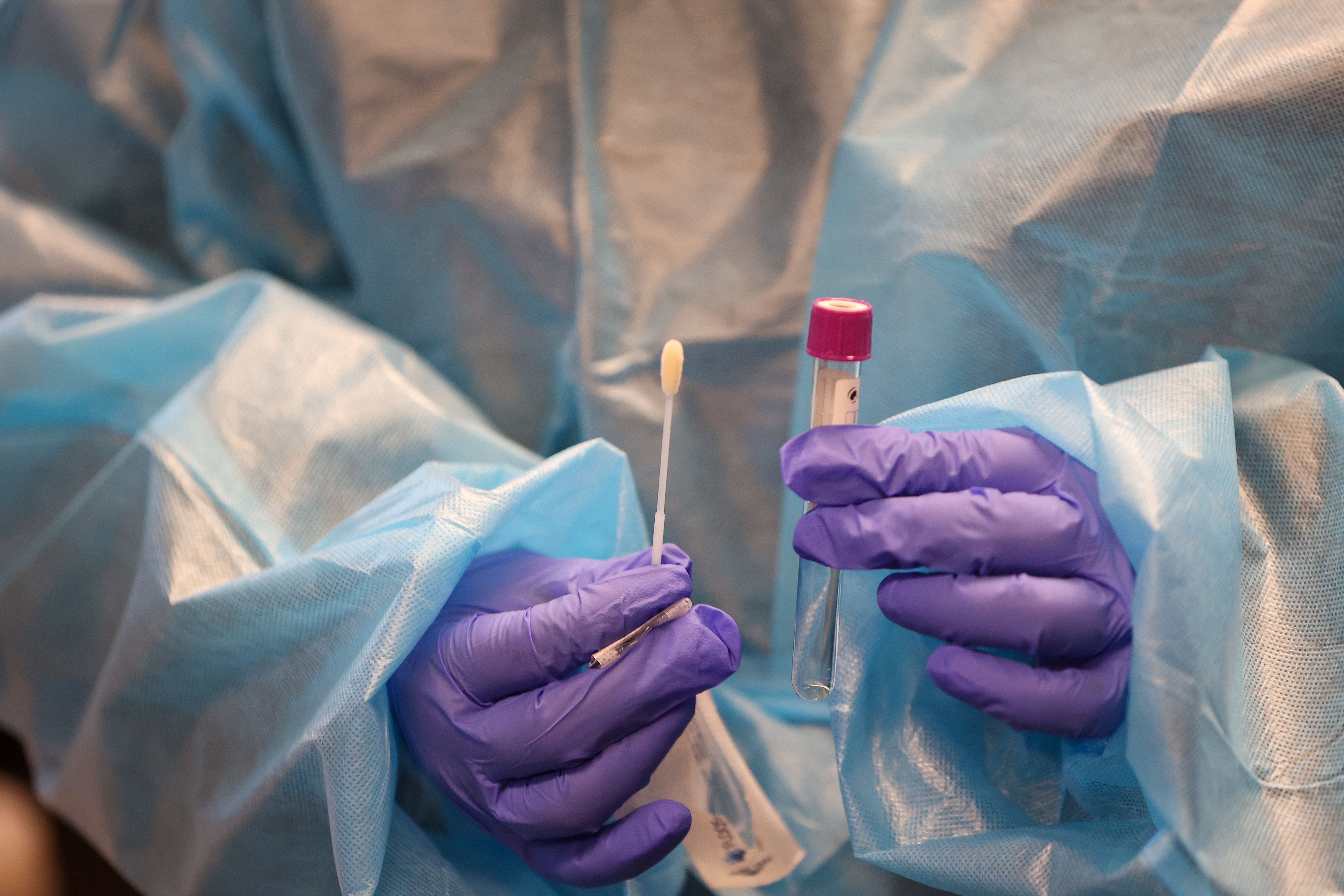