Crews spent Wednesday preparing for a major storm threatening to deliver over a foot of snow to many parts of New England overnight and into Thursday.

The storm is projected to dump up to 18 inches of snow on parts of the region. Starting Wednesday night, the system could develop into blizzard conditions by Thursday morning, potentially causing power outages and flooding along the coast.

Across Massachusetts, people were preparing for a major snowstorm that threatened to dump over a foot of snow, with a snow emergency in Boston and Gov. Charlie Baker urging people to stay off the roads to help already-overwhelmed first responders.

Hundreds of pieces of road-clearing equipment were deployed across Massachusetts Wednesday night, while in New Hampshire, the Department of Transportation was encouraging only essential travel on Thursday, asking everyone to stay home.

Mayor Marty Walsh declared a snow emergency in Boston ahead of the storm. A parking ban is in effect starting at 6 p.m. and all school buildings will be closed on Thursday. City departments and some COVID testing sites will also be closed as a result of the storm.

People in New Hampshire are gearing up for the first big snowstorm of the season.

"We haven't had a major snowstorm since March 3, 2019, over 21 months ago, so I'm urging everyone to be ready and prepared for this one," Walsh said at a news conference.

He added that the city would be able to contend with the storm, despite all the hurdles raised by the coronavirus pandemic.

Boston Mayor Marty Walsh says while COVID-19 makes things more challenging, it should not affect the city's ability to remove snow during the anticipated winter storm.

The National Weather Service issued a winter storm warning from 7 p.m. on Wednesday through 1 p.m. on Thursday for Franklin, Hampshire, Essex, Norfolk, Hampden, Suffolk, Middlesex and Worcester counties. Massachusetts is asking commuters to limit speeds and plan ahead.

With wind gusts expected to reach 50 mph, Eversource is bracing for impact on the electric system. The energy company is positioning line and tree crews across the state to respond to any damage or outages caused by the storm.

It has also secured hundreds of crews from Canada, Maine, New Hampshire, Vermont, Connecticut, Pennsylvania and Indiana to support storm response, the company announced in a press release.

Meanwhile, New Englanders took stock of their own winter gear ahead of what was shaping up to be the first major snowstorm of the season for most.

Paul Chiofar, of Wrentham, bought a snow blower last year but it didn't last long. He said it broke the first time he used it, so he returned the equipment and didn't need another for the rest of the season. Chiofar hit a hardware store this week to buy a new one.

“I didn’t want to wait and buy a snow blower after I missed the biggest storm of the year," Chiofar said.

While many will hunker down during the storm, Jeff Draper of Westwood is getting ready to head out at its peak to do snow removal.

“Make sure the loaders start, make sure everything’s got fuel, make sure your employees know they’re coming in - what time they start," Draper said of is to-do list.

Residents would be well-served to remember to fill up gas tanks, inflate car tires and check washer fluids and wiper blades. Scrapers, shovels and blankets are also handy to keep in the car. 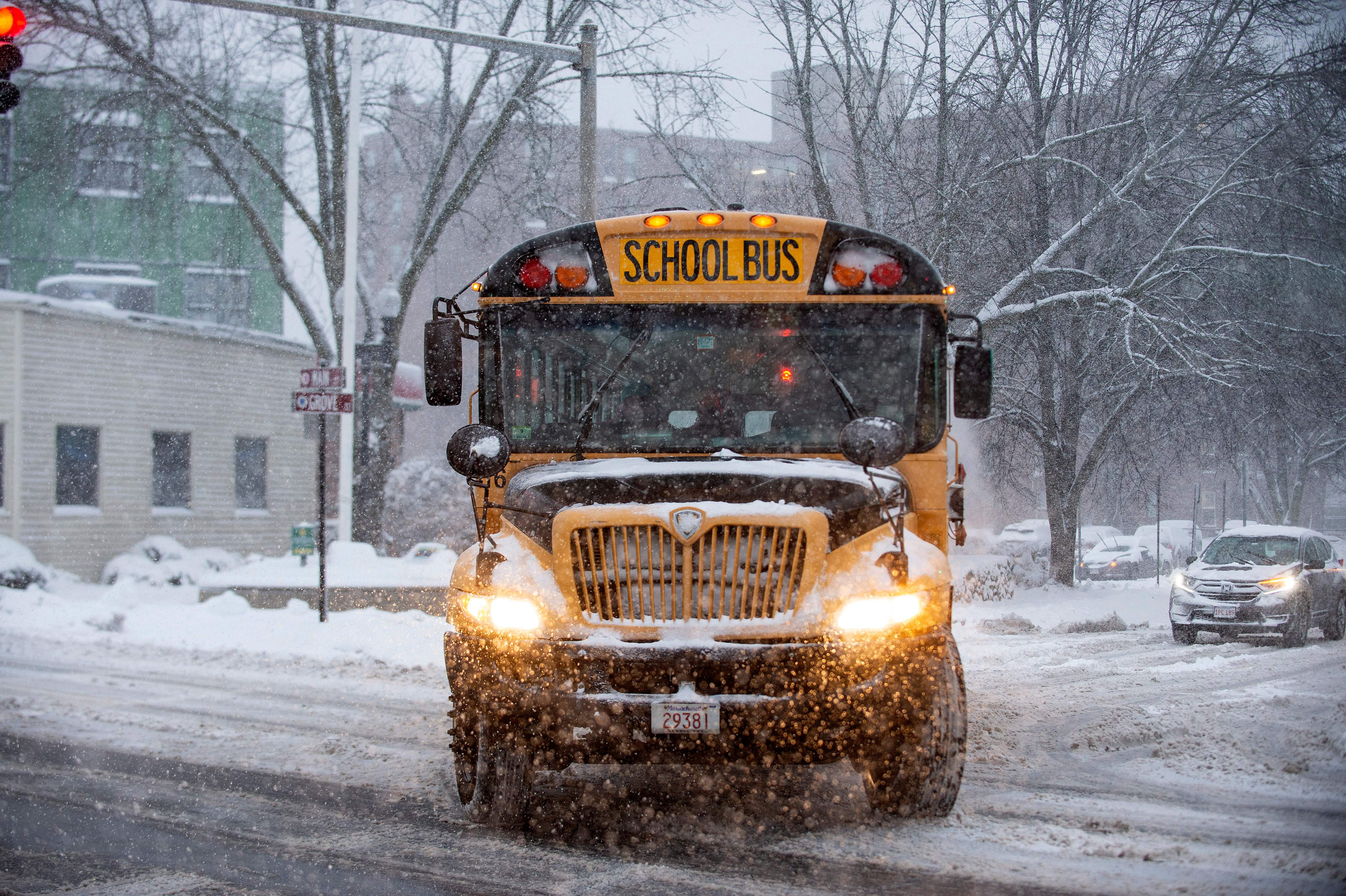 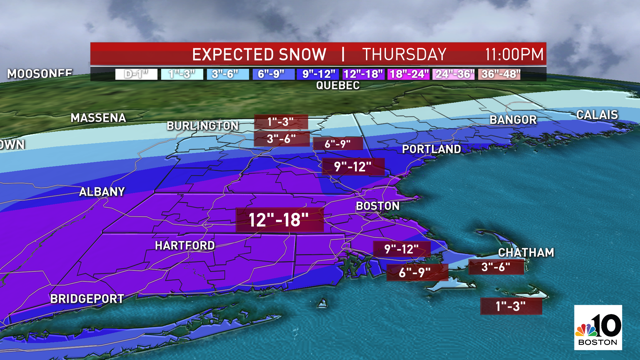 In Framingham, residents packed the Stop & Shop and Whole Foods to stock up for last-minute items.

"Well you know this is winter," said Ed Kaplan with a laugh. "We got to hunker down until the storm blows over."

Yacine Ibrahimi of Casablanca Services in Framingham was also getting ready for the storm with his dozens of trucks that will hit the roads at midnight to plow both residential and commercial accounts in the greater Boston area.

"It's been so long. We haven't had a big storm like this, I believe it was the last three years we had small storms, 3-4 inches, now we're getting the big date. Maybe going to pay off -- we hope so," Ibrahimi said.

This year, Ibrahimi said plowing in the pandemic will be a little different.

"With Covid, we have to be very cautious. There's not going to be a lot of interactions with people, not to interact with us, let us do our jobs, and that's how it's going to be in the COVID era," he said.

City officials in Framingham said they have about 100 trucks, both city owned, and contracted out, ready to go for the storm. Fire Chief Mike Dutcher was reminding residents to stay off the roads so that crews have the room they need to clear the roads.

"Be prepared for power outages. If you do use a generator make sure that it’s away from the house, it’s not inside the house," Dutcher said.