Donald Trump on Kelly Ayotte to New York Times: ‘No, Thank You’

New Hampshire's outgoing Sen. Kelly Ayotte was mentioned during President-elect Donald Trump's lengthy interview with the New York Times Tuesday afternoon - but she may not be a fan of what was said.

Trump told reporters that when he "easily" won the presidential election, he "helped numerous senators" be re-elected.

Then he turned to the subject of Ayotte, who was narrowly defeated by Democratic Gov. Maggie Hassan in one of the most-watched Senate contests over the course of the election. 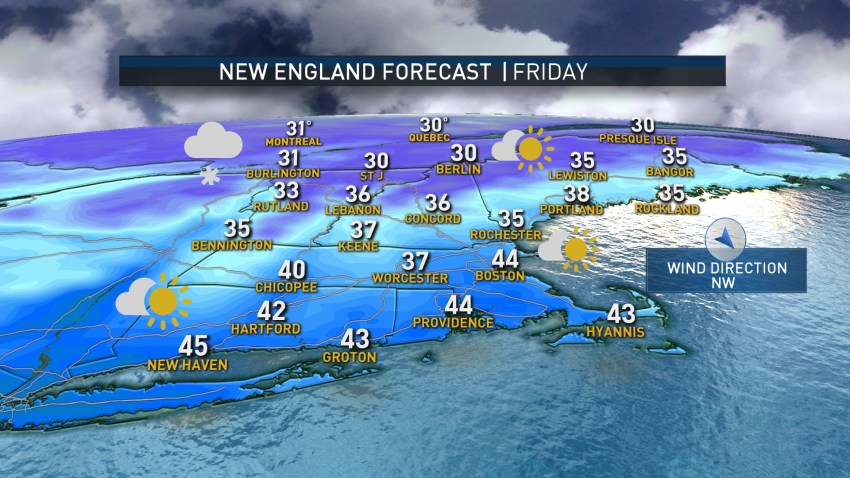 Chilly Winds Move In for Friday

The president-elect said Ayotte "would love a job in the administration," but then quickly stamped out rumors she was being considered for his cabinet.

Ayotte had difficulties during her Senate campaign regarding her support, or lack thereof, of the then-Republican presidential nominee.

Early in October, she quickly retracted a statement made during a debate that Trump was a good role model for children. By mid-October, she announced she would write in Vice President-elect Mike Pence's name on the ballot for president after Trump described grabbing women by the genitals in a leaked audio recording from a decade-old Access Hollywood interview.