A Massachusetts man is being held on bail in connection with weapons charges and impersonating a police officer.

Following an investigation, Duxbury Police issued an arrest warrant for Christopher Barlow, 20, and arrested him Monday at his home on Back River Way.

Police said as a result of the search warrant, authorities found a number of illegal weapons at his home and in his vehicle.

Authorities believe he used a fake police identification to purchase the weapons. 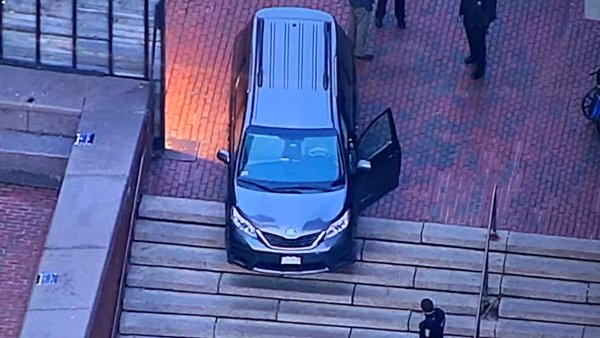 Car Drives Onto Steps at City Hall Plaza in Boston

Barlow is being held on $250,000 bail and is scheduled to be arraigned Tuesday in Plymouth District Court on charges of illegal possession of a firearm, impersonating a police officer and possession or control of an incendiary device or material.