The epicenter of the 3.6 magnitude earthquake was in Buzzards Bay, off the coast of New Bedford, Massachusetts, according to the U.S. Geological Survey.

The quake was first reported as magnitude 4.0, but later downgraded to 3.6. It struck just after 9 a.m. and was centered in Bliss Corner, a section of Dartmouth, Massachusetts, according to the U.S. Geological Survey.

The quake hit at a depth of a little more than 9.3 miles and was felt across Massachusetts, Rhode Island, and into Connecticut and Long Island, New York.

Kaftka says earthquakes happen on a regular basis in New England, but this was the strongest to strike the region in decades.

“There’s been something of nine earthquakes of that size in New England since the 1700s,” he said.

The epicenter of Sunday's quake was in Buzzards Bay, off the coast of New Bedford, Massachusetts.

“To make a tsunami it has to be under a large body of water like off the coast of Japan or something like that, and above magnitude 7,” he said.

The most recent 4.0-plus magnitude earthquake in the northeast was in Ohio back in 2019. In New England, there was a 4.7 magnitude quake in Maine in 2012.

Sunday's 3.6 magnitude quake was the strongest earthquake in the area since a magnitude 3.5 temblor hit in March 1976, said Paul Caruso, a USGS geophysicist.

About 14,000 people went to the agency's website to report the earthquake, including people from Easthampton, Massachusetts, and Hartford, Connecticut, both about 100 miles away, and several from more than 50 miles, he said. That's not unusual in New England.

"It's common for them to be felt very far away because the rock here is old and continuous and transmits the energy a long way," Caruso said.

The quake was a shallow one, which enhances the possibility of minor damage and is likely felt across a larger area.

WHERE THE EARTHQUAKE WAS FELT:

On the earthquake magnitude scale, it's considered a "light" earthquake, which is often felt but only causes minor damage.

"Around 9:10 a.m. Sunday morning we felt what was an earthquake," viewer Greg Levanduski said. "It lasted about 20 seconds, started as a rumbling noise then the house started shaking."

Viewer Dorrie Stapleton said she felt it as far north as Wakefield, Massachusetts.

"About 2 minutes ago I felt a heavy deep rumbling and my entire house in Hopkinton shook," added Raymond Jerome.

"We just had an earth tremor," said Victor Rebello of South Dartmouth. "The house shook and glass rattled. No apparent damage."

"It was a really big rumble," she said.

Torry Gaucher of Cumberland, Rhode Island, said the quake caused a crack in his basement.

"I live in Douglas Ma and I don't know about anyone else in the area but I do believe we had just experienced a small earthquake as our house slightly shook and we heard a faint rumbling," said Amy Cundall. "Lasted for just a few seconds but was clearly felt."

Liz Lahens lives in Webster, right on the Connecticut border, and said she felt the quake.

"It lasted several seconds and shook our bed at first then shook our whole house," she said. "Everyone at home felt it and we all got up out of bed to find each other immediately."

Dawn Shumbo lives in Connecticut and said she felt the quake there.

"Lasted about 8 seconds," she said. "Loud rumbling and shook the furniture."

Following Sunday morning's earthquake, one question a lot of people are asking each other: Did you feel it? An overwhelming amount of New Englanders are saying yes, generating a ton of reaction on social media.

Ali Kenner Brodsky, who lives in Dartmouth, Massachusetts, not far from the epicenter, was sitting in her kitchen talking with her son, when it hit.

"It was a rumbling. It sounded like something exploded. It rumbled. The whole house shook," she said.

Brodsky said it lasted around 10 to 15 seconds.

"In that moment, it feels like it's going on forever,' she said.

Her husband, Sam, ran to the basement because he thought the boiler blew up. 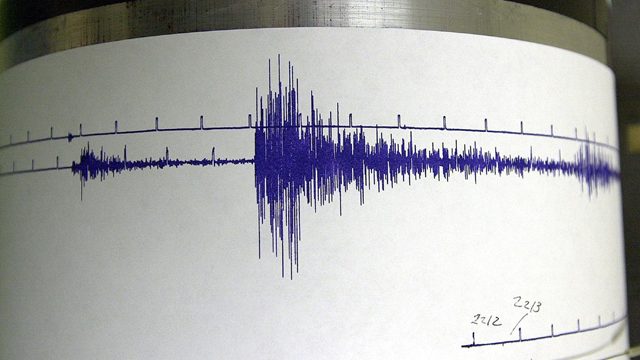 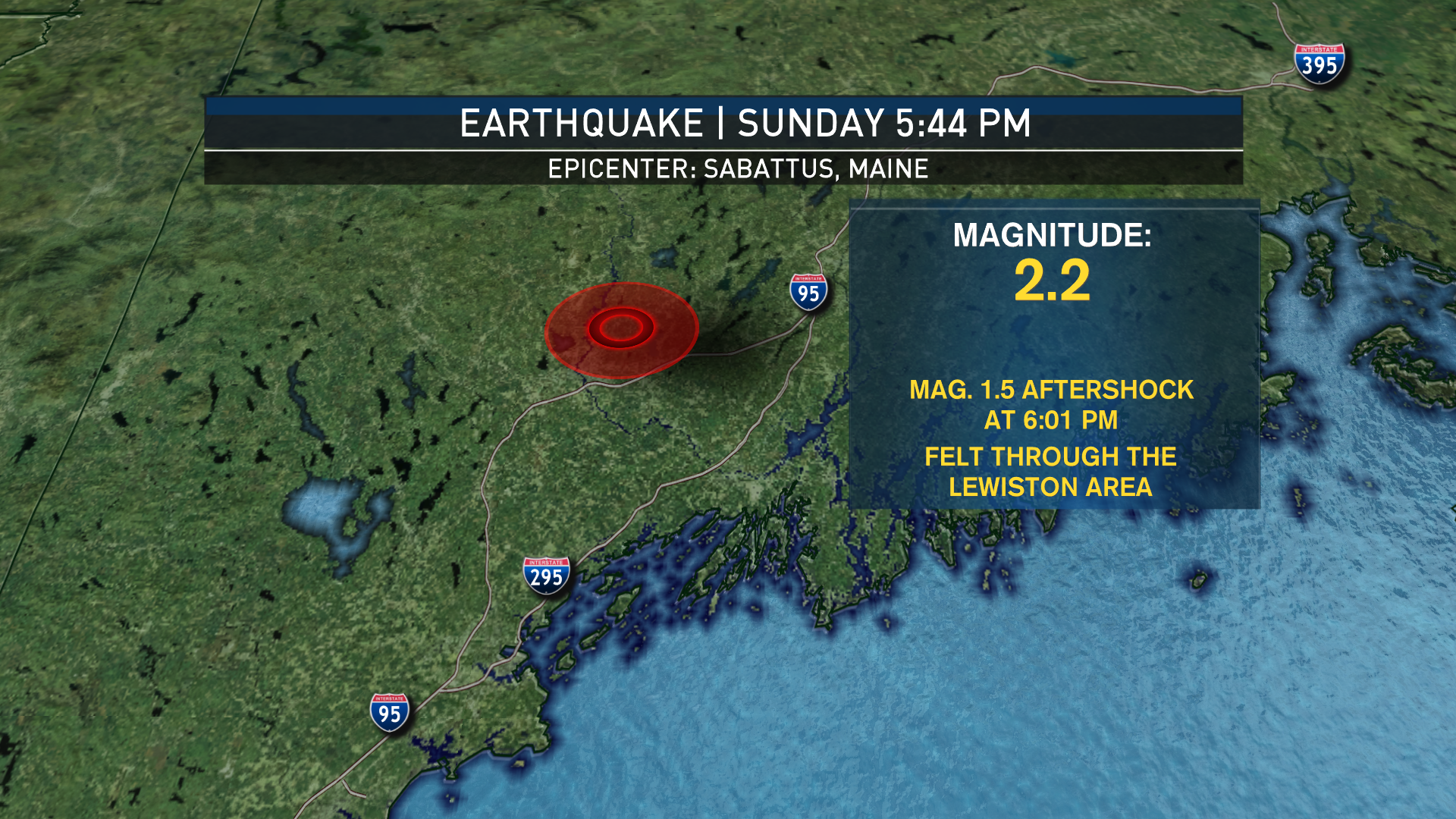 New England Has Felt 4 Earthquakes in As Many Weeks. Here's Where

Chris Besse, a spokesperson for the Massachusetts Emergency Management Agency, said it had not received any reports of injuries or significant damage.

Later Sunday, Besse in an email said there were reports of some structural damage to buildings in New Bedford, and urged anyone who felt the earthquake to check for such damage.

The Red Cross tweeted that it was helping 21 people, including children, who had been displaced from their New Bedford homes. There were other reports of minor damage.

One neighborhood in New Bedford was hit particularly hard, with multiple families being displaced after chimneys collapsed in two separate apartment buildings.

"I’ve never in my life experienced something so scary, ever in my life," one woman said of the sunny Sunday morning that took a wild turn. "Like something exploded and I thought like a car had hit my building."

"It felt like the whole house was going to come down," another woman said.

A third New Bedford resident says he thought it was a dump truck that hit something.

The epicenter of the earthquake that shook neighborhoods from southeastern Massachusetts to New Hampshire was just over 10 miles from Crapo Street.

District Fire Chief James Fortin says it was pretty much isolated in one corner. There was no widespread damage reported, but a chimney crumbled in apartment buildings on opposite sides of the street.

"They're completely destroyed. They’ll have to be replaced," he said.

But until everything’s repaired, tenants will have to find another place to stay.

"I am very lucky and very fortunate we don’t have to leave but I feel horrible for these people that do have to leave," one of the women said.

Fortin says while this is the extent of the damage for now, he's worried about what residents will find when the colder weather sets in.

"Once people start turning on heat, we're afraid that there is going to be damage that people are not aware of and we're going to have an ongoing carbon monoxide issue," he said.

That means it’s time to check your carbon monoxide detectors and hope that this earthquake is just 2020 going out with a bang.

The Red Cross was out all day Sunday helping anyone who may’ve been displaced by the damage.

Police from all over New England were inundated with 911 calls.

Police in Fall River tweeted that they received numerous phone calls about the quake, including reports of items falling off of shelves, and street signs getting uprooted.

Police in Dartmouth and area towns including Falmouth, Rochester, and Westport also said they had received calls from residents.

There were no reports of any injuries from this earthquake.