Marvin C. McClendon Jr., 74, waived rendition Thursday and could be brought back from Alabama to Massachusetts to face a murder charge next week

An Alabama man was arrested Tuesday in connection with the 1988 killing of an 11-year-old girl found stabbed to death in a Massachusetts railyard, authorities said Wednesday.

He was arrested at his home in Bremen, Alabama, and is being held on a fugitive charge. He waived rendition, meaning he will not appear in court Thursday. Arrangements are now being made to return him to Massachusetts to face murder charges in Lawrence District Court, possibly as soon as next week.

The district attorney’s office did not know if he had a lawyer who could speak on his behalf.

“I can’t even express how gratified we are in this office that we are able to pursue justice for any family,” Blodgett said. “And it is extremely gratifying that after all these years of never giving up, we believe we have the right suspect.”

The Lancaster School sixth-grader’s body was found in the Lawrence train yard the day after she was reported missing.

Melissa Ann had accompanied her mother and her mother’s boyfriend to the LaSalle Social Club in Lawrence on Sept. 11, 1988, not far from the railyard, and went outside to play while the adults stayed inside, authorities said. She was last seen by a railroad employee and a pizza delivery driver during the late afternoon hours.

She was reported missing around 9 p.m. that night and found the following day. She had been stabbed and her body had been run over by a train, Blodgett said.

Who is Marvin McClendon Jr.?

McClendon is a retired Massachusetts Department of Corrections employee, but Blodgett said he isn't sure if he was working for the state in 1988. He worked for the department on three separate occasions from 1970 to 2002.

He lived in Chelmsford and was doing carpentry work at the time of the killing. He had multiple ties to Lawrence. He worked in the city and frequented numerous establishments there, including the Seventh Day Adventist Church on Salem Street.

It is unclear whether the suspect and victim knew each other, the district attorney said. He said there is no information leading investigators to believe the suspect was involved in any other crimes.

How investigators cracked the case

Blodgett’s cold case unit has been working on the case since 2014, and McClendon has been a “person of interest” for some time, Blodgett said.

Over the years, scores of witnesses, suspects and persons-of-interest were interviewed by police, the district attorney said.

Evidence recovered from the victim’s body was instrumental in leading to the suspect, authorities said. Blodgett did not detail exactly what that evidence was and did not disclose a motive.

"The evidence led us to him," he said. "That will absolutely be given to you in greater detail once he's arraigned. It will be spelled out in the arraignment."

The girl’s mother, Janet Tremblay, died in 2015 at age 70, according to her obituary. But an aunt and a cousin have been informed of the arrest, Blodgett said.

"The family was very relieved and very happy that police involved in the investigation never gave up," he said. "It is extremely gratifying that after all these years of never giving up we believe we have the right suspect."

“It’s overwhelming and shocking,” Andrea Ganley, a childhood friend of Tremblay’s who, in recent years, has helped keep the case in the public eye, told The Eagle-Tribune. “I never thought this day was going to happen. There is always hope. Never give up hope.” 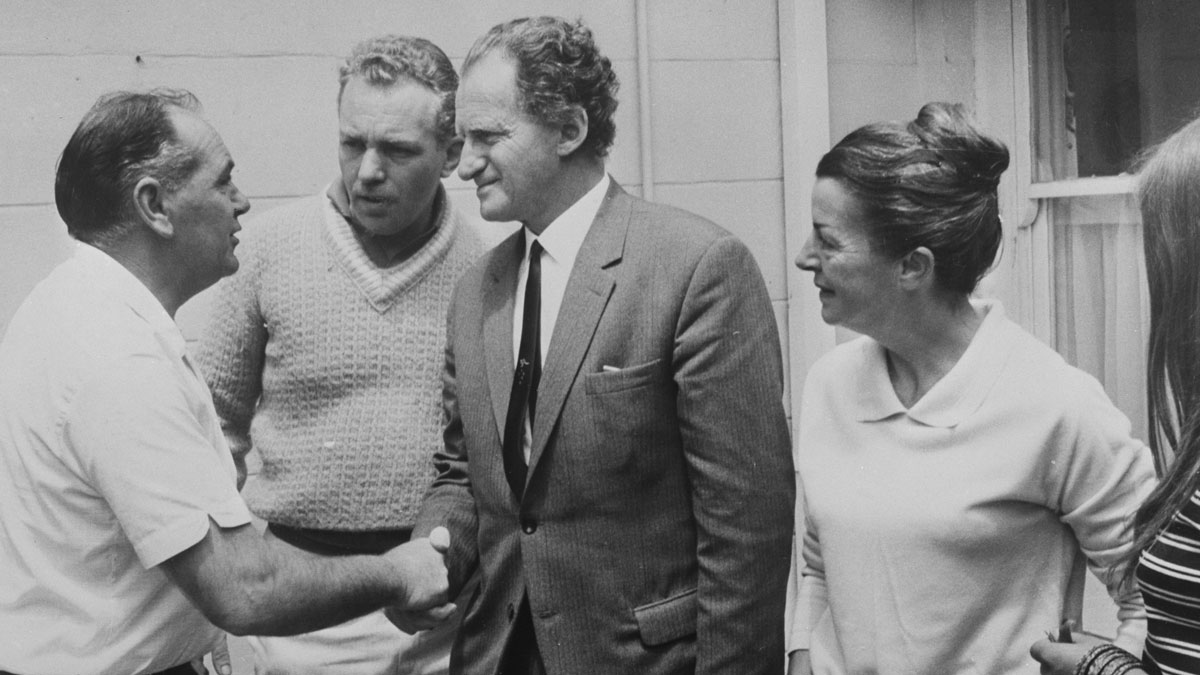