Mayor Michelle Wu's new proof of vaccination requirement has been met with some pushback over civil rights concerns, but doctors at Boston Medical Center came to her defense Tuesday.

Wu's policy requires people to prove they're vaccinated in order to go to Boston restaurants and other indoor venues, including gyms and theaters. Protesters gathered outside of Boston City Hall when Wu announced the policy Monday, arguing that everyone should have the right to choose whether or not to get vaccinated.

"Welcome to the people's building," Wu said at one point in response to chanting from protesters. "There is nothing more American than coming together to ensure that we are taking care of each other, that each and every one of our community members is safe and healthy and has access to the future and opportunities they deserve."

Republican gubernatorial candidate Geoff Diehl called the policies "clear violations of the civil rights of anyone who lives in, works in, or travels to the city" and said they "will make it even more difficult for Boston's economy to recover from the pandemic."

Two infectious disease physicians, including one who sits on Wu's COVID-19 Advisory Committee, said the goal is to get as many people vaccinated as possible during NBC10 Boston's weekly "COVID Q&A" series Tuesday.

When asked what the panel discussed with regard to personal choice concerns, she said, "These are all very important issues, but you need to remember we're in a pandemic. This is a public health emergency, and when we have actual tools that are going to protect the community, we need to do what it is that is needed to be done to make the community as safe as possible. So that was our focus."

When asked if potential legal implications were considered, Assoumou said, "I'm an infectious disease physician, I'm a public health person and we know what the data are, and we are in a public health emergency. So we really need to do everything that we can to be able to protect the community and that was our focus."

The proof of vaccination requirement for indoor venues will go into effect starting Jan. 15 for everyone ages 12 and up. All patrons and employees will be required to show proof that they have received at least one dose of vaccine. Beginning Feb. 15, everyone will have to show proof of two doses. Starting on March 1, children over age 5 will be required to be vaccinated as well.

Assoumou said the protocol is modeled after New York City's, which she said has led to a sharp increase in vaccination rates.

"We're hoping that the same will be seen in Boston," she said.

New York City Mayor Bill de Blasio ordered a similar mandate at the beginning of December in an attempt to prevent a spike in cases during the holiday season and the winter months. Earlier this week, however, New York reported a record number of coronavirus cases in one day, the New York Times reported.

"I think this is a good step," Boston Medical Center's Dr. David Hamer said. "I think it's really hard to have a completely foolproof system when you have people going to restaurants and places where they're going to be taking their masks off. And I think that this is trying to assure that people are vaccinated is helpful."

"I think that there's probably some degree of transmission in public venues, but probably a lot of it is in the home setting," Hamer said. "And that's where vaccination and testing are very important measures."

If the policy isn't impacting the case count, why implement it?

New York's COVID rates have soared in recent weeks, despite having a high vaccination rate of approximately 82.5% of adults fully vaccinated.

"An important thing is to think, 'What is the goal,' right? What is the goal of those policies? The goal of this policy is -- and looking at what's been done in New York -- is to encourage as many people as possible to get vaccinated," Assoumou said. "And from the experience in New York, it was actually very successful. They actually were able to to bump up their their vaccination rates."

She pointed to the younger population of people who may not have gotten vaccinated but continue to go to restaurants and bars in Boston. The city has also increased locations offering COVID-19 vaccines in tandem with the policy, she noted, to make the process easier and more accessible.

"I think that having a vaccine requirement is going to be very important to increase the rate of vaccination so that we can protect the community," Assoumou said.

Hamer pointed to breakthrough cases that continue to be reported in Massachusetts with both coronavirus variants delta and omicron circulating.

"That's going to be an issue," moving forward, he said. 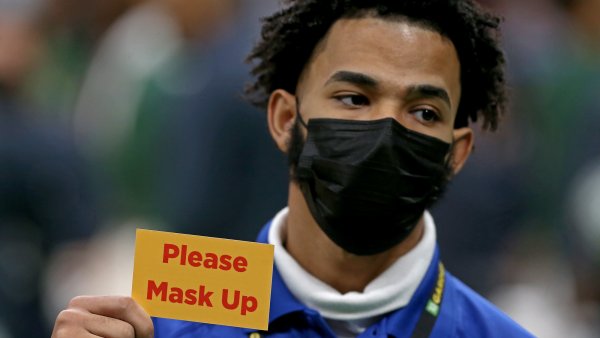 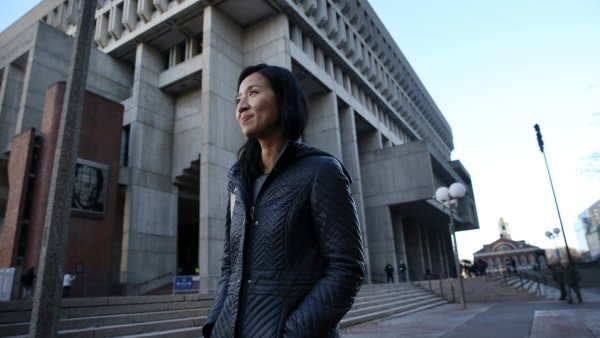 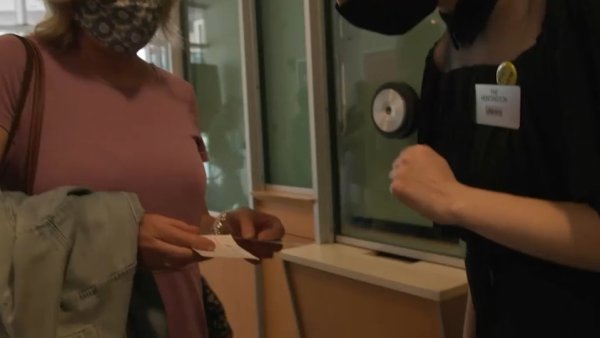