After Tuesday’s wake, Johanny Rosario Pichardo was to be buried at Bellevue Cemetery in a section reserved for veterans

The flag-draped casket of a Marine from Massachusetts killed in a suicide bombing in Afghanistan last month was carried by her fellow Marines into a stadium on Tuesday morning while hundreds of people lined up outside for a chance to pay their respects.

Marine Sgt. Johanny Rosario Pichardo, 25, was among 13 U.S. service members who died in the Aug. 26 bombing at the Kabul airport, where people were being evacuated amid the Taliban takeover of Afghanistan. She was screening women and children.

A dozen other U.S. service members and 169 Afghans were killed. All 13 U.S. soldiers were awarded the Purple Heart.

A public wake is being held Tuesday for Sgt. Johanny Rosario Pichardo, a Lawrence native and one of the last troops to lose their lives in America's longest war. She’ll be laid to rest at Bellevue Cemetery in a section reserved for military veterans.

Her family watched solemnly as the casket entered Veterans Memorial Stadium in her hometown of Lawrence on Tuesday, near pictures of the other 12 service members killed.

"It's often said that a hero is someone that puts themselves below all others, who puts others before themselves," Gov. Charlie Baker said at Tuesday's wake. "As a Marine, as an auntie, as a social worker, as a servant, over and over again, her life exemplified what it means to be truly heroic."

"Many of her colleagues in the military said, among other things, she was a proud Dominican American and a proud Marine," the governor said. "Let me tell you something -- as governor of the Commonwealth of Massachusetts, I am so proud to be able to say that Sgt. Johanny Rosario Pichardo was a child of the commonwealth. God bless her."

"The last couple of weeks have not been easy for the City of Lawrence," added Mayor Kendrys Vasquez. "Lawrence has known great sorrow, especially in moments like this. But our community is also known to have a great heart and comes together when we need them most. And right now, you can see it all around you."

"Today, she will finally be able to rest, in her home, the City of Lawrence," he said. "We will always be indebted to her service and her sacrifice, and we need to always remember her name."

A private funeral Mass presided over by Boston Cardinal Sean O’Malley was held Monday. After Tuesday’s wake, she was to be buried at Bellevue Cemetery in a section reserved for veterans.

Her body returned home Saturday in a solemn procession through Massachusetts on the 20th anniversary of the 9/11 attacks.

As the casket was escorted to Lawrence, scores of people appeared by the highway waving flags. Tractor-trailers pulled to the side of the road, firefighters saluted from the tops of fire trucks and massive flags were hung for the convoy to drive under.

In Lawrence, people lined highway overpasses and streets waving American flags as a vehicle procession made its way through the city to the Farrah Funeral Home.

“I was very sad but at the same time very proud of her service, proud of what she was doing to protect women and children, especially, in Afghanistan," Markey said. "That’s who she was. She was the embodiment of everything that Lawrence and this community stands for, for what our country stands for.”

Sgt. Johanny Rosario Pichardo, who died alongside other Marines they were helping to screen Afghans and others at the gate of the Kabul airport in August, has been honored as a hero. 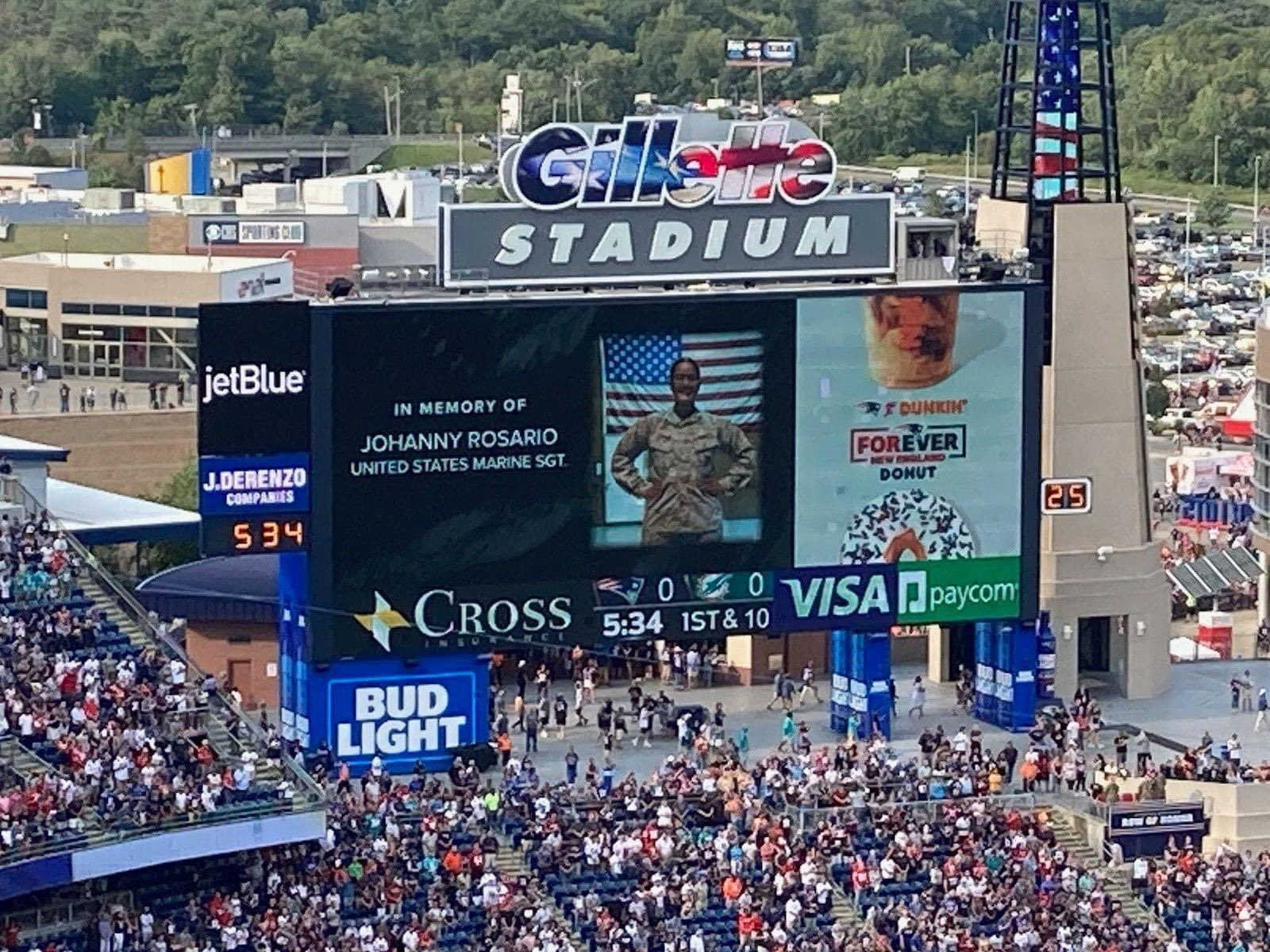 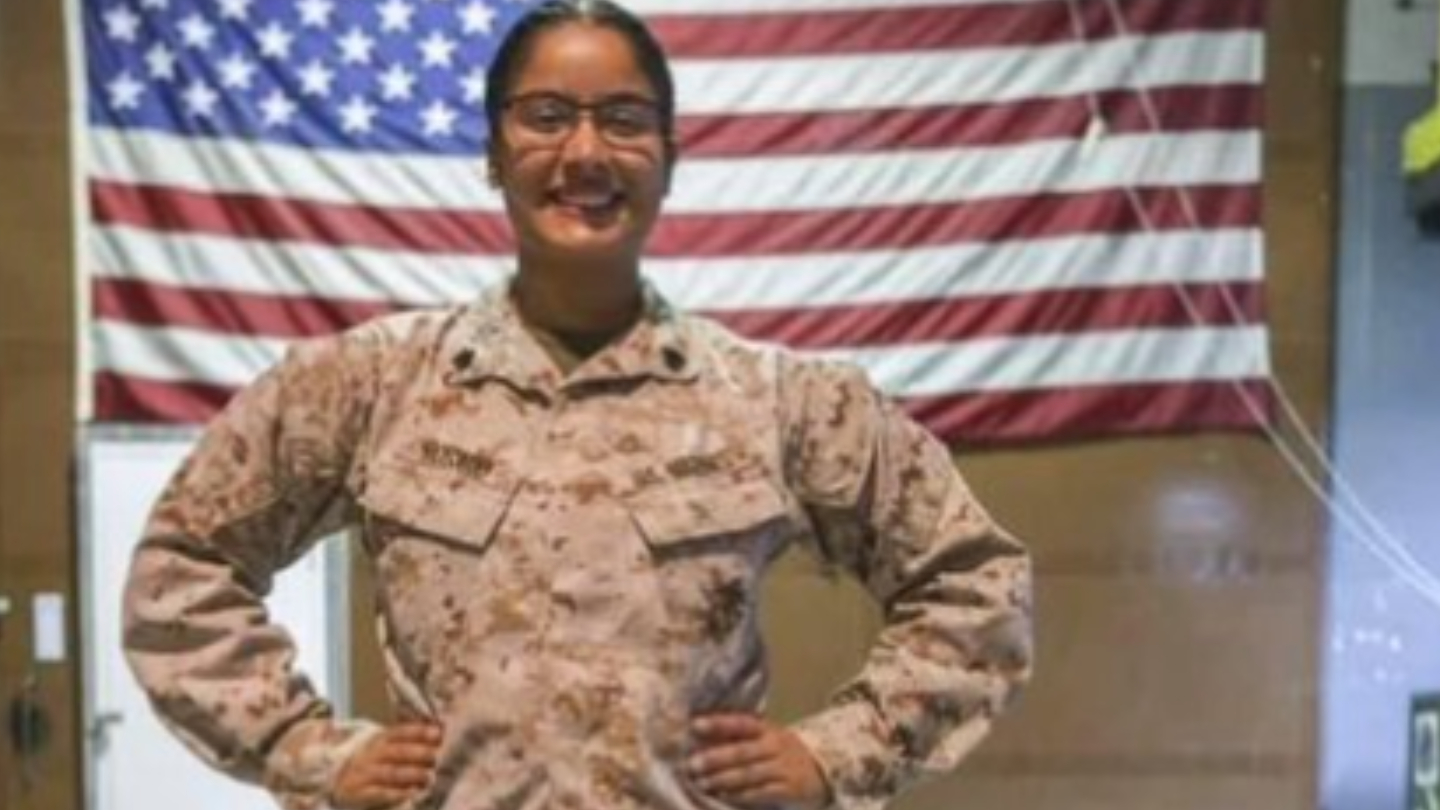