Authorities in Texas have yet to release a cause of death for Sgt. Elder Fernandes, but they've said foul play is not suspected. The family is not convinced.

The family of Sgt. Elder Fernandes, a soldier who grew up in Brockton, Massachusetts, is grieving his death and demanding answers after he was found dead about 30 miles from Fort Hood in Texas, where he was stationed, after more than a week of searching.

"We just want justice," said Leonildee Fernandes Neves, Fernandes' aunt. "He was a nice, good kid. He did not deserve to die like this."

Fort Hood officials didn't give much information in a briefing Wednesday afternoon, only that their investigation is still in the initial stages.

An autopsy is scheduled for Thursday. The 23-year-old was found hanging in a tree after he'd been missing for nine days.

Authorities in Texas have yet to release a cause of death, but they've said foul play is not suspected. The family is not convinced.

"There's something that made that happen, somebody did something to harm him," said John Sequiera, Fernandes' uncle.

The Army has confirmed that, before he went missing, Fernandes was the alleged victim in an open investigation of abusive sexual contact.

But officials said that case had nothing to do with his disappearance.

Massachusetts state Rep. Liz Miranda is joining other lawmakers from the Bay State to demand an independent investigation, telling NBC10 Boston, "There’s too many unanswered questions."

Fernandes’ death is just the latest in a series of incidents at Fort Hood, where soldiers have vanished or died.

"Something is going on in this part of Texas and at Fort Hood that needs to be addressed so this won't happen to another family," she said.

Congressman Stephen Lynch traveled to Fort Hood Wednesday, demanding to be briefed by the Department of Defense, and for the Fernandes family to join him for those meetings. He said in a statement that the military had agreed.

"The death of Sergeant Elder Fernandes, USA, is a devastating loss for his family and loved ones. The circumstances of yet another soldier’s death at Fort Hood raises important questions that must be answered," Lynch said.

A lawyer who's been representing the Fernandes family and the families of other soldiers who've recently died in Fort Hood said that the Brockton native and others were victims of retaliation for reporting their harassment.

"They signed up to serve their country. They're not dying from terrorism or ISIS, they're dying from sexual harassment when they report it," said attorney Natalie Khawam, calling for a congressional investigation.

Even though they’ll never get to hug their soldier again, Fernandes' family said they will never stop fighting for him.

A candlelight vigil in Brockton has been planned for Friday. 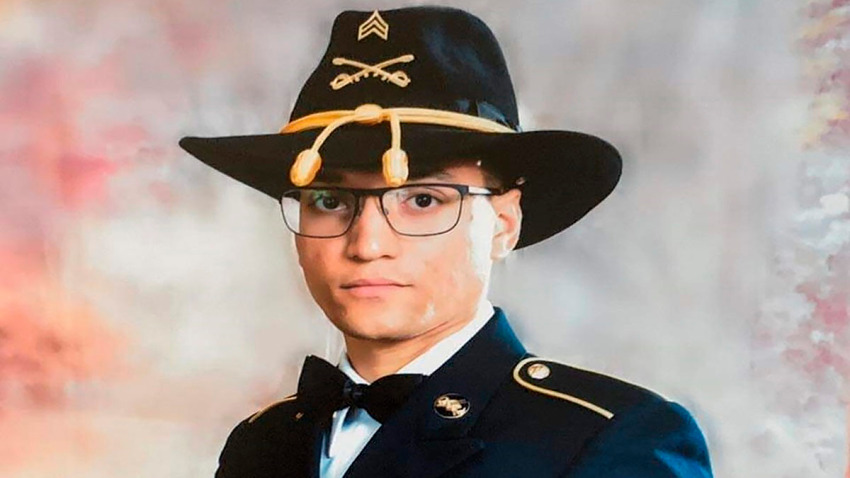