Amin Khoury, father of a Georgetown University student, is set to face jurors in the final case linked to the sprawling college admissions bribery scandal to go to trial.

Khoury isn’t accused of working with the mastermind in the scheme that landed TV actresses, prominent businessmen and other wealthy parents behind bars.

Authorities say instead Khoury used another middleman to pay off then-Georgetown coach Gordon Ernst in exchange for Ernst recruiting Khoury’s daughter to the tennis team even though she wasn’t a Georgetown-caliber player.

Jury selection in Khoury’s case begins Tuesday in Boston federal court, more than three years after the first arrests were made in the so-called “Operation Varsity Blues” investigation. The case revealed a plot to get the children of deep-pocketed parents into elite schools with rigged test scores and bogus athletic credentials.

Khoury’s lawyers didn’t respond to emails seeking comment ahead of trial. But they have said in court documents that Khoury’s daughter was properly admitted to Georgetown and that the school regularly treated children whose parents could donate huge sums of money favorably in the admissions process.

“Georgetown and the government seemingly would prefer that the jury deliberate under the false impression that college admissions is a pure meritocracy, which it most certainly is not,” Khoury’s lawyers said in a recent court filing.

Prosecutors, meanwhile, have accused Khoury of trying to make the trial about Georgetown’s fundraising practices in an effort to confuse and distract jurors.

“Even if the defendant could somehow paint Georgetown as corrupt, that does not make it more or less likely that the defendant agreed to join in a conspiracy or bribed a Georgetown employee to get his daughter listed as a fake tennis recruit,” they wrote in a recent court filing.

Khoury is technically not part of the “Varsity Blues” prosecution because he wasn’t involved with the scheme’s ringleader — admissions consultant Rick Singer — who used his sham charity to funnel bribes to coaches and others. But the allegations in Khoury’s case are similar, and the coach he is accused of bribing has pleaded guilty in the Varsity Blues probe.

The middleman is expected to testify that the deal came together when Khoury, Ernst and the middleman were in Rhode Island for a reunion at Brown University, where they all played on the tennis team, according to court documents. The middleman was given immunity in exchange for his testimony before the grand jury and at trial.

Ernst, who was also once the personal tennis coach for former first lady Michelle Obama and her daughters, told the middleman after a reunion party that under the deal Ernst would get $200,000 and the middleman would also be paid for his role, according to court documents.

Khoury’s daughter was admitted to Georgetown in 2015. Afterward, authorities say the middleman picked up cash in a brown paper bag from Khoury’s Cape Cod home and drove it to Ernst’s wife, who was also on Cape Cod.

After Ernst was arrested in March 2019 along with dozens of other parents and coaches, authorities say Khoury called the middleman and told him that if he was asked he should say that Khoury had given him the money for tennis lessons.

Ernst pleaded guilty in October to accepting bribes under a deal in which prosecutors agreed to recommend no more than four years behind bars.

Ernst won’t be testifying at Khoury’s trial because he said he would assert his right against self-incrimination if called to the stand, prosecutors said in a recent court filing. Ernst is scheduled to be sentenced in July.

Only three of 56 people charged in Singer’s college cheating scheme went to trial, and jurors found all three guilty.

One parent was pardoned by former President Donald Trump and one coach got a deferred prosecution agreement under which prosecutors will move to dismiss his case after 24 months if he pays the fine and abides by the terms of the agreement.

Punishments have ranged from probation to 15 months behind bars. Singer is expected to be sentenced in August.

The two parents convicted at trial — Gamal Abdelaziz, a former casino executive, and John Wilson, a former Staples Inc. executive — remain out of prison while they appeal their cases. 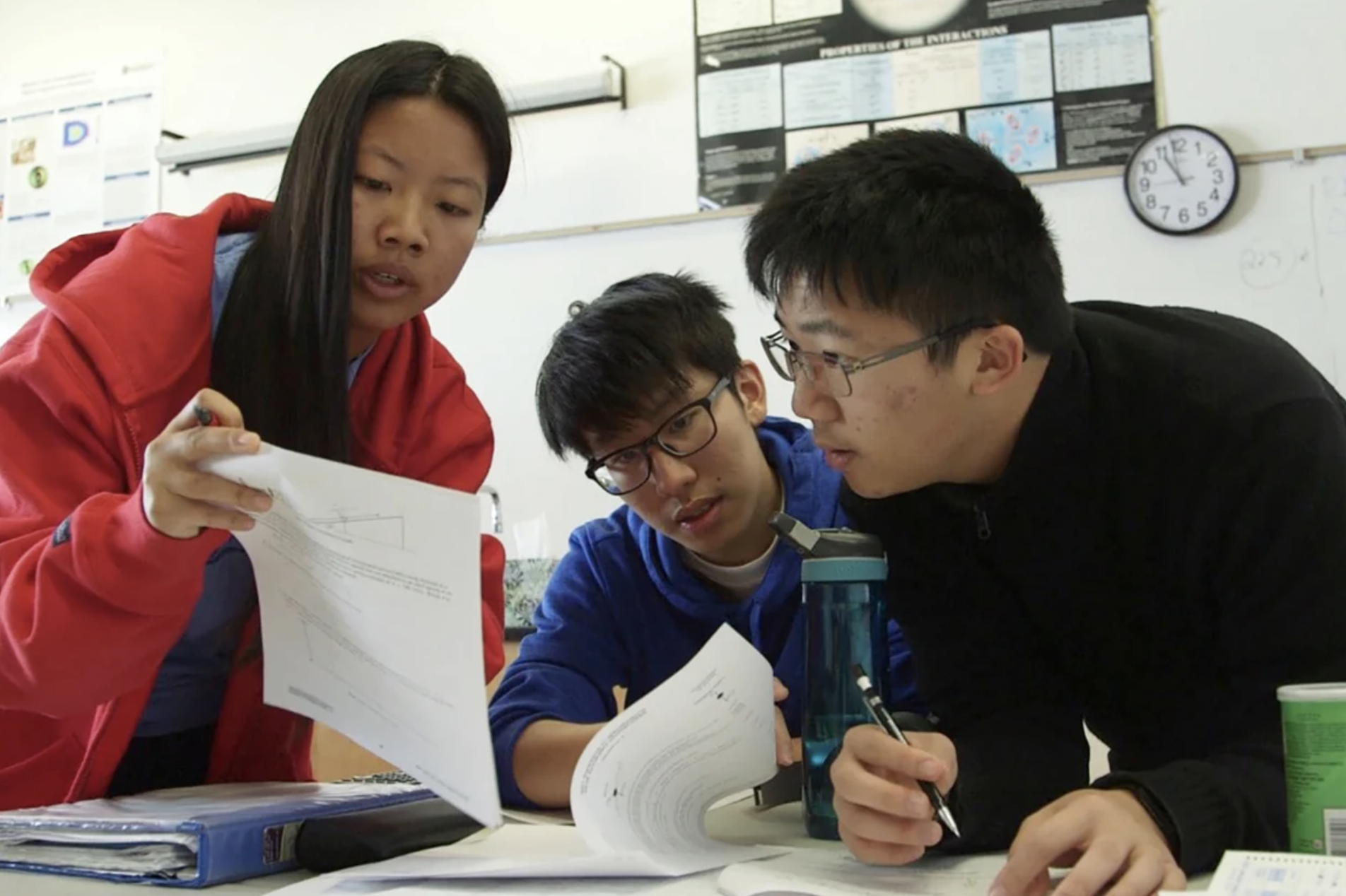 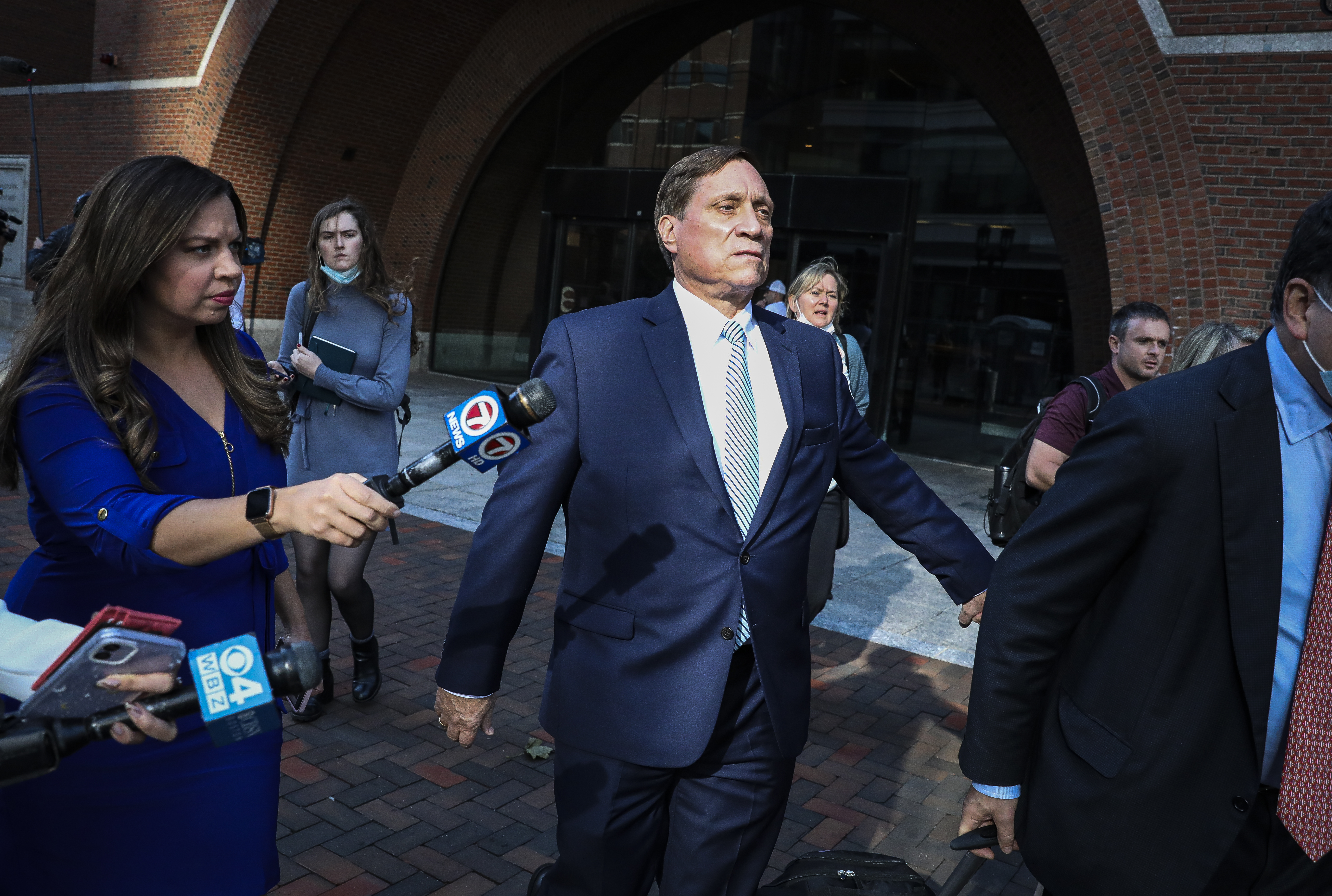