The first snow of the season happens Thursday for many towns and villages in the higher elevations of western and northern New England.

We have a boundary over the region in the morning with wind from the south in southern New England, and wind from the north in northern New England. It is not a powerful storm and we’re not expecting any damaging wind Thursday, but low pressure will strengthen as it tracks along this boundary, resulting in a very windy and cold day on Friday.

As for Thursday, snow in northern Vermont and northern New Hampshire is accumulating in the hills, where temperatures are just cold enough, near 32 degrees. For most of us, the day starts off dry with the temperature climbing quickly through the 40s into the 50s in southern and eastern New England. ‘This Was My Life and My Identity’: Prosthetic Stolen From Aspiring Paralympian 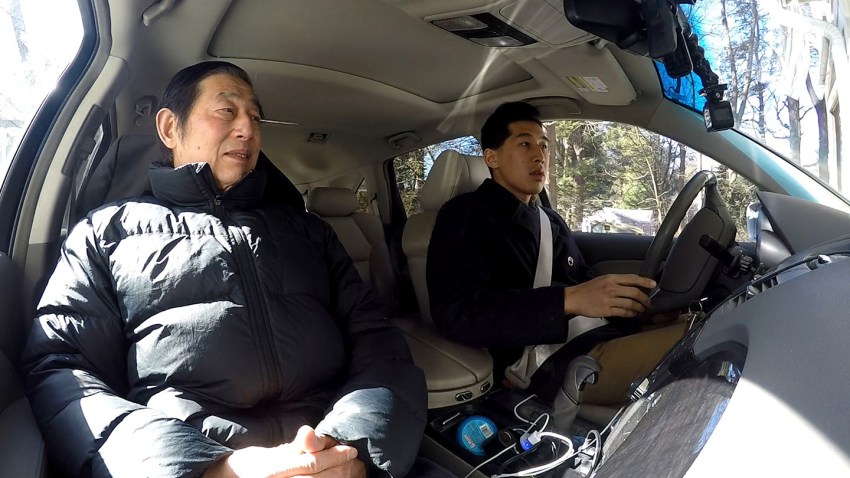 This Driver Settled a Speeding Ticket Five Years Ago. The Mass. RMV Just Suspended His License

Temperatures hold steady where it’s raining and snowing, but rise close to 60 degrees in places like Providence and Boston. Low pressure moves to the Maine coast in the evening, allowing for colder air and rain changing to snow before ending in many spots.

There may be a coating with some iciness as far south as Interstate 84 in Connecticut and the Massachusetts Turnpike in later in the evening. In the mountains where it’s all snow, it’s a general 3-to-6 inches. Where it’s mostly rain, we’re expecting less than a half an inch.

Precipitation is pretty much shut off before the sun comes up Friday. That’s when the temperature really starts to plunge. Wind will pick up with temperatures holding in the 20s north and 30s south then. In Vermont, it may keep snowing in the Green Mountains, especially northern most Vermont.

The story Friday is wind gusting past 35 mph, perhaps some strong enough gusts for spotty damage and a few power outages. But with the temperature only in the 30s, the wind chill factor will stay below freezing all day.

Friday night looks clear and cold with a hard freeze for all, low in the 10s north, 20s south. High pressure moves south of New England Saturday. That allows for plenty of sunshine and a slight moderation in temperature. We should be near 40 degrees, cooler north, but without the wind, it will feel better than Friday.

The next warm front races in here Sunday with a lot of clouds, maybe a little bit of snow in the higher elevations west and north. But the temperature rebounds to near 50 degrees south by late in the day.

We have a change to the timing of the next cold front. It now looks like later on Monday, so we may hit 50 again on Monday, with a mix of sun and clouds before the front comes in night. We then watch for low pressure developing on that front as it pushes offshore.

We may see a more widespread area of snow Tuesday, maybe even rain changing to snow right along the coast.

This is how it usually works as winter arrives; each cold mass travels a little further south as you get closer to the winter solstice. Snow lays down tracks and each track can be further south than the previous.

We are certainly tending toward a wintry scenario for most of next week, as seen here in our First Alert 10-Day Forecast.