In-depth news coverage of the Greater Boston Area.
inyoung you

The former Boston College student accused of encouraging her boyfriend to take his own life has pleaded guilty.

Inyoung You, 23, pleaded guilty Thursday to an involuntary manslaughter charge as part of a plea deal with prosecutors that allows her to avoid jail, the Suffolk District Attorney's Office said.

Suffolk Superior Court Judge Robert Ulmann sentenced You to 30 months in jail, but that sentence is suspended for 10 years, which means that as long as she follows the terms of her probation she won't do any jail time. You is explicitly barred from profiting financially from the facts of the case during her 10-year probationary term.

A Boston College student pleaded not guilty Friday in her first court appearance on charges that she encouraged her boyfriend to take his own life.

“This agreement with defense counsel was made in close consultation with the Urtula family. It is consistent with their desire to seek accountability and closure and to protect the legacy of Alexander, a loving son, brother, and uncle,’’ Suffolk District Attorney Rachael Rollins said in a statement. “They believe this is something Alexander would have wanted.’’

Prosecutors said You sent 22-year-old Alexander Urtula, of Cedar Grove, New Jersey, more than 47,000 text messages in the last two months of their 18-month relationship, including many urging him to "go kill yourself." Urtula died in Boston on May 20, the day of his Boston College graduation.

But You's lawyers argued that the texts show that she tried to save Urtula.

They said Urtula texted You before he did kill himself, saying "... I'm happy I got to spend my last night with you. I love you Inyoung until my last breath."

You then sent Urtula a string of texts in response: "STOP. IM CRYING PLEASE. PICK UP. IF U EVER LOVED ME STOP."

The case echoed that of Michelle Carter, who garnered headlines and an HBO film. The young Massachusetts woman was sentenced to 15 months in jail after she was convicted in 2017 of involuntary manslaughter for using text messages and phone calls to encourage her boyfriend, Conrad Roy, to kill himself in 2014.

Her lawyer, Steven Kim, said she is "very distraught" and is deeply remorseful about her "involuntary role" in Urtula's death.

More stories about the Inyoung You case 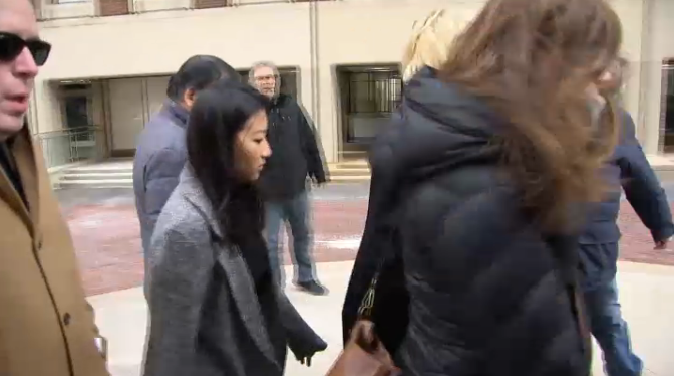 Case Against Woman Charged in Boyfriend's Suicide to Proceed