“This is a case about lying, cheating, stealing and shakedowns,” a federal prosecutor said in his opening statement

Jasiel Correia, the former mayor of Fall River, Massachusetts, was in federal court in Boston Monday as his corruption trial began.

Correia has been charged with two dozen crimes, including wire fraud, extortion conspiracy and bribery. The trial is expected the last three or four weeks.

“Public corruption is a very dangerous thing for our democracy,” said Michael Coyne, dean of the Massachusetts School of Law and an NBC10 Boston legal analyst.

In opening arguments at the Moakley Courthouse, prosecutors said that, prior to becoming the city’s chief executive officer, Corriea bilked as much as $400,000 from investors for an app called SnoOwl, similar to Yelp.

Instead of developing the software, they say he used most of the money to pay for a lavish lifestyle, providing gifts to his girlfriend, taking trips and driving a Mercedes. The defense denies the allegations.

Fall River Mayor Jasiel Correia is expected to make a formal announcement Tuesday afternoon, but spokesperson George Regan said Monday night that Correia will be taking a leave of absence until his term expires on Jan. 3, 2020.

In 2015, Correia was elected mayor at the age of 23. That’s when prosecutors say he instituted a pay-for-play scheme, demanding $250,000 from people looking for his approval to a open pot shop.

He's also charged with accepting an expensive watch and demanding his chief of staff return half her salary to him to keep her job.

“This is a case about lying, cheating, stealing and shakedowns,” Assistant U.S. Attorney Zach Hafer, chief of the U.S. attorney's office's criminal division, said in his opening statement.

His defense attorney told jurors Correia was working nonstop to make the app a success and never promised investors he wouldn't take a salary.

Four pot shop owners are set to testify against the former mayor. They’ve been granted immunity and others have been offered reduced sentences, prompting the defense to question the credibility of the government witnesses.

Access to the courtroom is limited and closely monitored because of COVID-19. 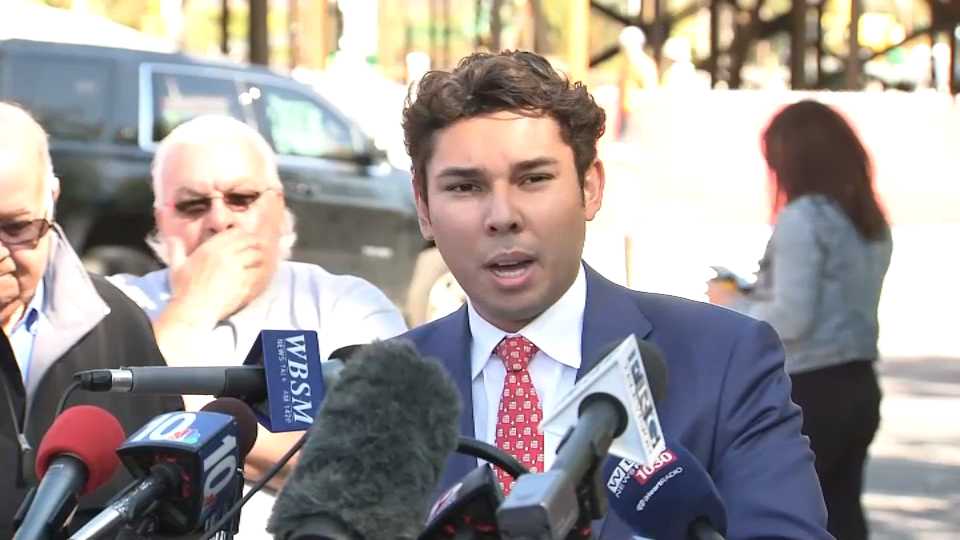