As President Barack Obama prepares to deliver his farewell address to the nation, NBC Boston sat down exclusively to talk with one of his closest friends, former Massachusetts Governor Deval Patrick, who weighed in on what he thinks the president's legacy will be.

But as he looks back at Obama's years in office, Patrick's admiration for Obama goes beyond friendship.

“The President has done exactly what he’s supposed to do which is leave the nation better than he found it,” Patrick said. “We forget now what a fiscal and financial crisis we were in at the time that President Obama took office.” 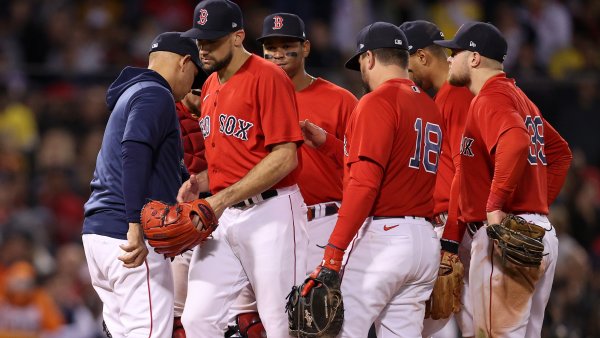 Patrick says Obama brought the country back from near full blown depression to what Patrick now describes as the strongest economy of any industrialized democracy in the world.

“That didn’t happen by accident. There was an activist role and a constructive one that government played under the leadership of the president. So that’s a big dea,” said Patrick.

When NBC Boston asked about Obama’s signature achievement, Patrick pointed to the Affordable Care Act, legislation he says presidents have been trying to enact for nearly 100 years.

“And this President was able to do so using ironically a model that had come from the Republicans… So that’s a great thing,” Patrick said.

From his consulting job at Bain Capital, with a clear view of his former office under the Golden Dome, Patrick seemed wistful citing what he considers Obama’s greatest legacy.

“One of this President’s extraordinary contributions in service is the tone of grace and dignity he has set,” Patrick said. “And it’s been an example to all of us from whatever party and whatever station in this country and an example to people around the world.”

Patrick said he thinks the nation is just now beginning to appreciate how unusual, gifted and timely a leader Barack Obama has been.