John Wilson, 62, was given the longest sentence in the case so far after he was convicted on a range of fraud and bribery charges last year

A Massachusetts business executive who was sentenced to 15 months in prison in the sprawling college admissions cheating scandal appealed his conviction on Monday, arguing that he believed he was making legitimate donations to get his three children into elite universities.

John Wilson, 62, was convicted on a range of fraud and bribery charges after a jury trial last year. He was given the longest sentence in the case so far after prosecutors said he paid $1.2 million in bribes to cheat the college admission system.

In an appeal brief filed Monday, Wilson’s lawyers argue that he’s different from the dozens of other parents charged in the scheme. Wilson’s children were all qualified to get into the colleges they sought entry to, according to the filing, and Wilson never knew any single person would benefit from the payments.

“All concede that Wilson’s donations were intended for the universities, not any individual,” according to the filing. “The universities cannot be both the victim and the beneficiary of the ‘bribes.’”

The appeal asks for an acquittal of all charges or a new trial.

Wilson, a former Staples Inc. executive who is now CEO of a private equity firm, was accused of paying $220,000 to have his son admitted to the University of Southern California as a water polo recruit. Prosecutors said he later paid another $1 million to get his twin daughters into Harvard and Stanford, and then filed part of it as a tax write-off.

The payments were made through admissions consultant William “Rick” Singer, the scheme’s alleged mastermind, who Wilson first hired to help his son in 2013. Singer has pleaded guilty and is cooperating with the investigation.

According to the appeal, Singer “repeatedly described his donation strategy as legitimate” and led Wilson to believe the funding was going directly to colleges. In reality, Singer pocketed half of a $200,000 payment to USC, the brief says.

Wilson’s lawyers argue that the judge overseeing the trial wrongly blocked evidence showing that Singer described his donation plan as legitimate and legal. They also fault prosecutors for “manufacturing an association” between Wilson and other parents in the case, even though he was unaware of any scheme or the other parents.

“Wilson was forced to convince the jury not only of his own good faith, but also that he was an outlier. That imposed an additional, if not insurmountable, burden,” his lawyers wrote.

At the trial in October, prosecutors argued that Wilson was well aware the payments were designed to get his children into college as athletic recruits with embellished credentials. They pointed to a water polo profile that Singer sent to Wilson for his son, with fabricated swim times and awards.

Wilson’s lawyers said he never reviewed the email with the athletic profile, and they counter that his son was an accomplished water polo player who started on his high school’s team and was chosen as an all-star in his conference.

His son practiced and trained with the USC team throughout his entire freshman year, according to the appeal, and left only because he suffered a serious concussion. Teammates said he was just “like the rest of us,” the brief said.

Wilson also denies any wrongdoing in his daughters’ college applications. The twins had “perfect and near-perfect ACT scores,” the filing said, and they weren’t portrayed as athletes. Instead, Wilson aimed to get them nonplayer roles on sailing and crew teams at Harvard and Stanford. He said one daughter was actually a sailor, and the sports “fit their interests.”

In court documents, prosecutors pointed to a phone conversation between Wilson and Singer caught on an FBI wiretap. In it, Wilson discussed options for his daughters, asking, “Is there a two-for-one special? If you got twins?”

In one call, Wilson asked Singer which sports “would be best” for his twin daughters. Singer responded that it “doesn’t matter” and that he would “make them a sailor or something” because Wilson had a home on Cape Cod.

Wilson is one of two parents who have gone to trial in the case, which has ensnared nearly 60 parents as well as college athletics officials.

At the same trial as Wilson, Gamal Abdelaziz, a former casino executive was found guilty of paying $300,000 to get his daughter into USC as a basketball recruit even though she didn’t even make it onto her high school’s varsity team. Abdelaziz was sentenced to a year in prison.

Most other defendants have already pleaded guilty in the scheme and served their time. “Desperate Housewives” star Felicity Huffman was sentenced to 14 days in prison. “Full House” star Lori Loughlin was sentenced to two months and her fashion designer husband Mossimo Giannulli was sentenced to five months.

More on the 'Varsity Blues' case 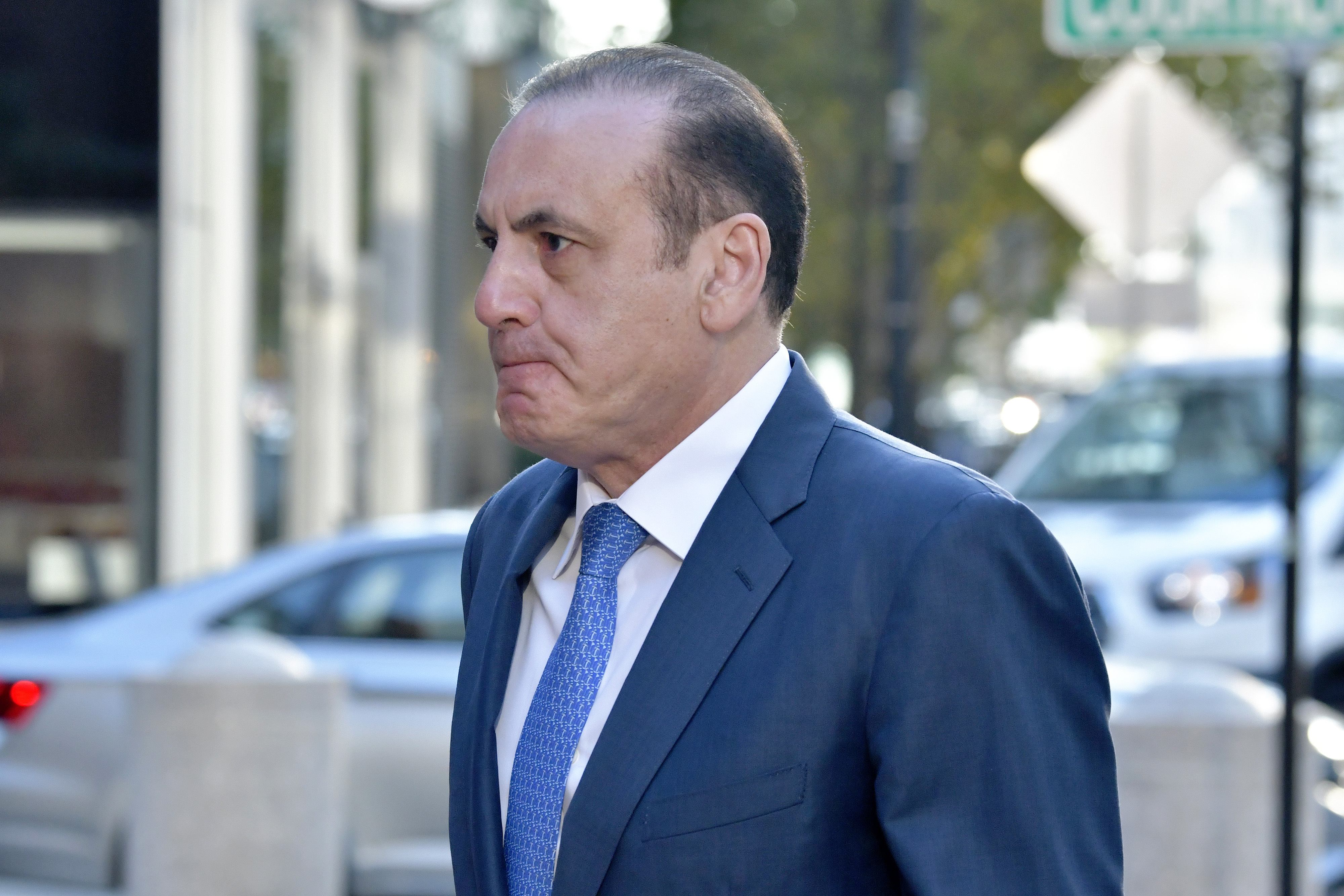 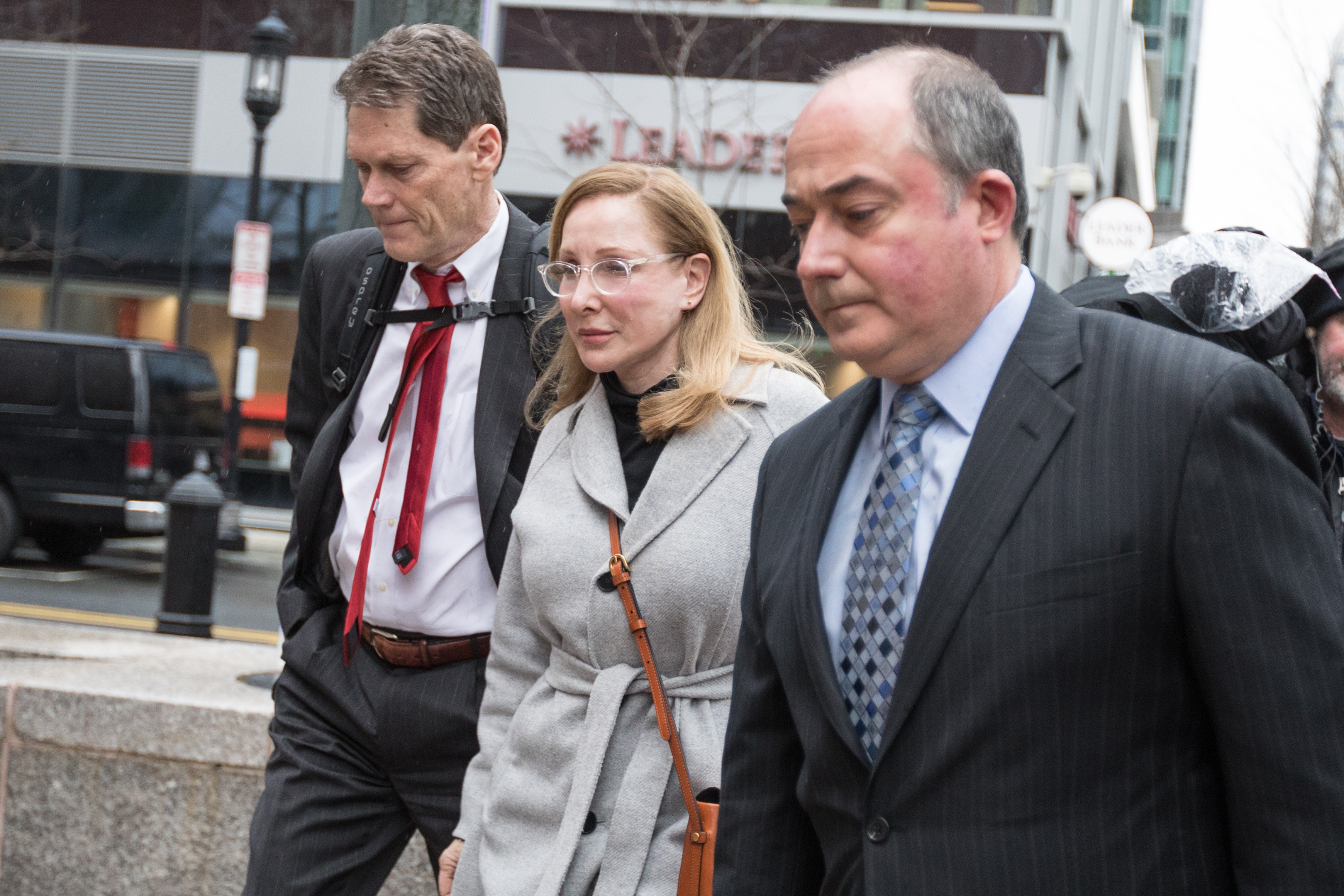