William “Billy” Evans, a 41-year-old father and U.S. Capitol Police Officer, was laid to rest Thursday during a private service in Adams

Under a steady rain, the flag-draped casket of U.S. Capitol Police Officer William Evans was carried into a Massachusetts church on Thursday as dozens of state police troopers stood in the street and saluted.

Mourners followed the casket into St. Stanislaus Kostka Church in Adams for a private funeral Mass, which was to be followed by burial at Bellevue Cemetery — where Evans will be laid to rest beside his father, Howard.

Several residents stood under umbrellas nearby. Residents who wanted to pay their respects could also do so by gathering on Park Street in Adams for the funeral procession, according to a statement from the town.

Capitol Police Officer Billy Evans, who grew up in Massachusetts, lied in honor Tuesday after being killed in an attack on April 2.

Evans, 41, was raised in North Adams and Clarksburg and was a graduate of Drury High School and Western New England University in Springfield. He had served with the U.S. Capitol Police since 2003.

He was killed this month when a driver struck him and another officer at a barricade outside the Senate.

Evans lay in honor Wednesday in the Capitol Rotunda, where President Joe Biden in a eulogy said he was “defined by his dignity, his decency, his loyalty and his courage.”

Hundreds of people lined the streets Wednesday night as a hearse carrying Evans made its way to the funeral home, escorted by officers from several area departments, The Berkshire Eagle reported.

“It’s the way of the city,” North Adams Mayor Tom Bernard said. “We show up, we fold the arms around people when they’re in need, we come together when it counts. This is a night that counts.”

Evans' children, 7-year-old Abigail and 9-year-old Logan, sat with their mother and grandmother during the service led by Biden on Tuesday. He was remembered for his dedication to country, love for his job and his mischievous sense of humor.

His family released a statement on April 6 saying that the loss of "the best father, son, brother and friend anyone could ever hope for" has left "a gaping void" in their lives.

"The absolute most important thing in his life was his two children, Logan and Abigail," the statement said. "His most cherished moments were those spent with them. Their dad was their hero long before the tragic events of last week."

The other officer hurt in the attack has been released from the hospital. The suspect, 25-year-old Noah Green from Indiana, was killed at the scene.

Evans' death is the latest tragedy for the U.S. Capitol Police following the loss of Brian Sicknick, who clashed with rioters during the Jan. 6 insurrection and died a day later, and Howard Liebengood, who died by suicide days afterward. 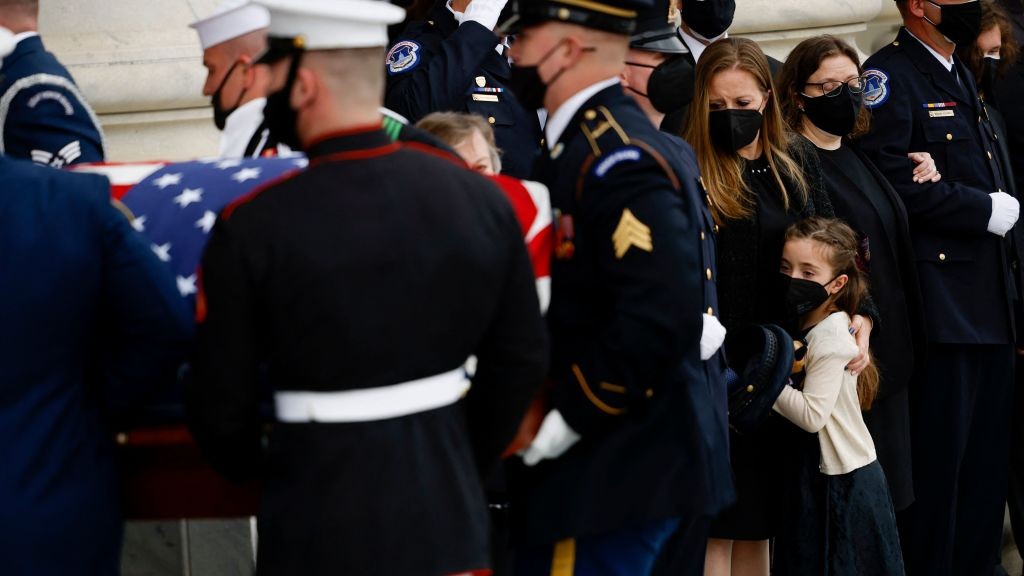 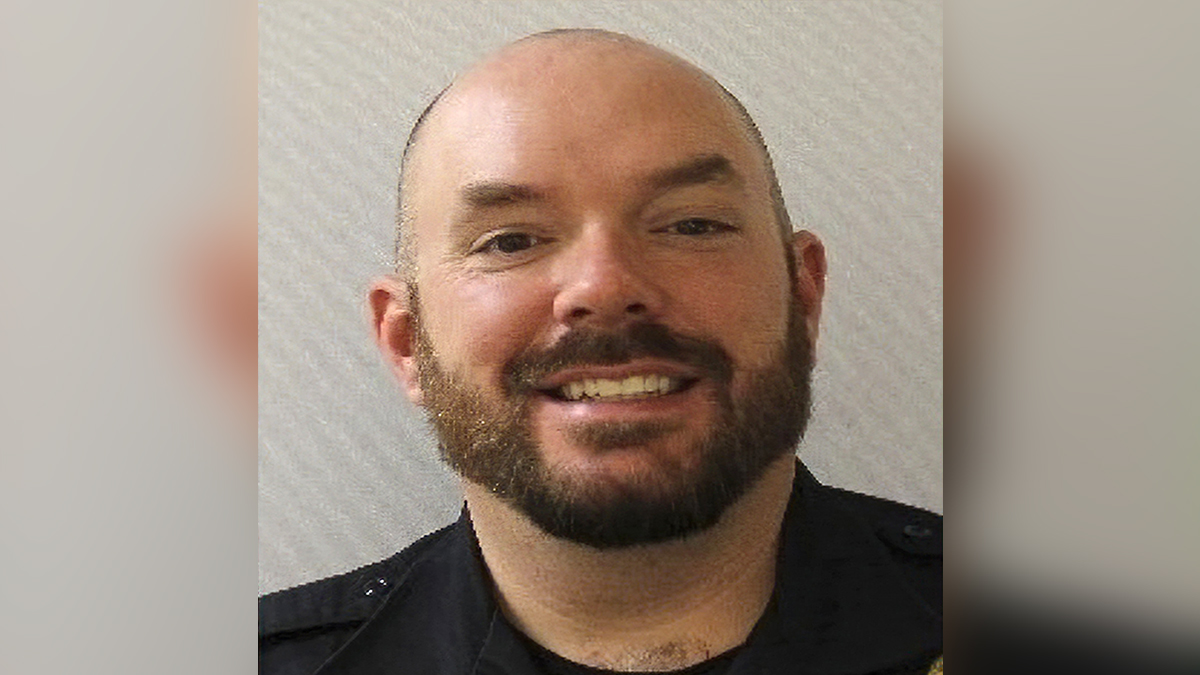