Secretary of State William Galvin said Tuesday he would file legislation this month to make the option a permanent fixture of the Massachusetts voting system.

After seeing how voting by mail helped lead to a record number of voters casting ballots in the 2020 election, Secretary of State William Galvin said Tuesday he would file legislation this month to make the option a permanent fixture of the Massachusetts voting system.

Galvin said his bill would also expand in-person early voting and implement same-day voter registration in Massachusetts, allowing eligible voters who need to register or update their voting information to do so at the polls on Election Day before casting their ballot.

Currently, voters must be registered at least 20 days before Election Day in order to vote. Galvin's bill would let anyone who missed the deadline to register on Election Day at the polls, but not during the intervening period, and voters would not be permitted to change party affiliation on the day of the primary.

A record 3,657,972 votes were cast in the 2020 election in November after lawmakers and election officials collaborated to implement reforms intended to making voting safe and accessible during the COVID-19 pandemic. More than 1.5 million people used the vote-by-mail option in 2020, and another 844,000 voters cast ballots in-person before Election Day, avoiding crowded polling places.

The 76 percent turnout rate in November was the highest since more than 84 percent of registered voters participated in the 1992 election in Massachusetts.

"What we saw last year was that voting by mail was enormously popular," Galvin said. "While voting by mail may not always be used to the same extent as the pandemic finally ends, my office has heard from many voters who have made it clear that they want this option to remain available for all future elections."

Voting by mail is expected to play a huge role in the upcoming election, but thousands of ballots were tossed during the primary, sometimes for simple mistakes. Here's how you can make sure your vote is counted.

The VOTES Act was filed in the House and Senate on Tuesday.

Galvin had previously said after the election that he planned to pull together an election reform package for the Legislature that would make voting-by-mail permanent after convening a working group and consulting with the city and town clerks associations to learn what could be improved from 2020.

"As I have said for several years, I believe that with the appropriate technological safeguards in place, we can implement same-day voter registration in a convenient and secure manner, as several of our neighboring states have done," Galvin said in a statement on Tuesday.

Bob LaRocca, executive director of the Boston-based national Voter Protection Corps, called Galvin's bill a "good start," but said the Legislature should go further. He said the state should mail every registered voter a ballot with prepaid postage, instead of mailing applications for ballots, which is how mail-in voting was handled in the 2020 election.

"We applaud Secretary Galvin's proposal and other proposals to come that will expand access to voting in Massachusetts and we commend him for joining the call to act. But now is a time for bold action and for Massachusetts to lead, not just try to catch up with reforms long established in far less progressive states," LaRocca said.

Galvin's office said the Brighton Democrat intends to propose keeping the vote-by-mail system the same as for the 2020 election, with applications mailed to eligible voters ahead of the primary and general election.

Galvin said he will also propose to make permanent several temporary changes made in 2020 that gave local clerks flexibility in hiring and assigning poll workers and with the processing of ballots.

"In crafting this proposal, it was important to make sure we worked closely with local election officials to be sure that we knew what worked in 2020 and what didn't work as well," Galvin said. "These changes will allow local election officials the flexibility they need to get their polling places adequately staffed and organized and to get ballots counted in a way that is both timely and secure." 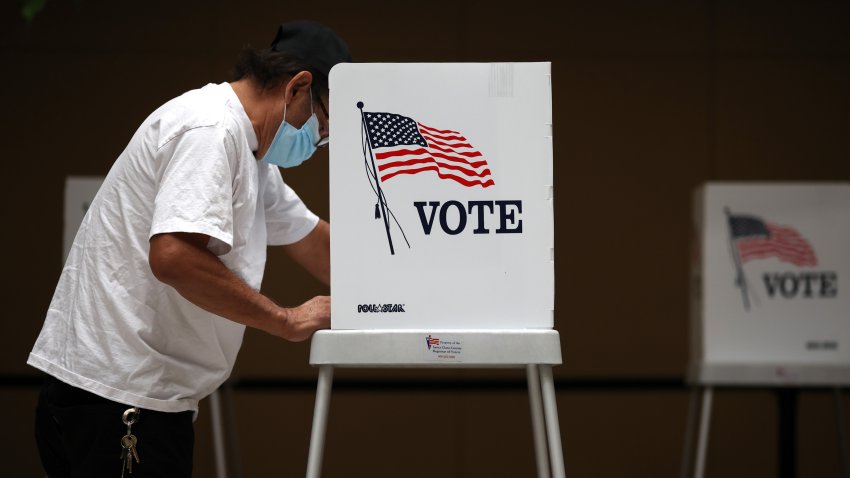 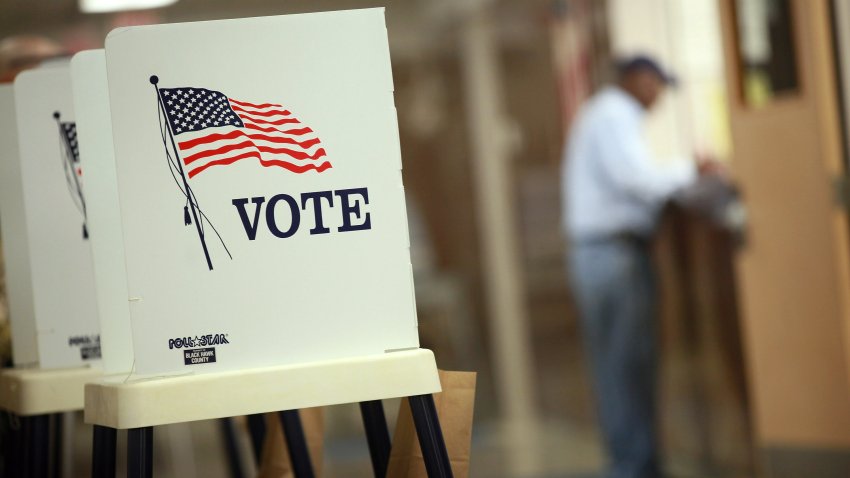 Common Cause of Massachusetts Director Geoff Foster said he was "encouraged" by Galvin's support for making mail-in voting permanent and adopting same-day registration.

Common Cause is part of the Election Modernization Coalition that has partnered with Sen. Creem and Rep. Lawn to write the VOTES Act, which will be detailed on Wednesday by the sponsors.

"We appreciate Secretary Galvin's enthusiasm for our shared priorities and we're very appreciative of Representative Lawn and Senator Creem's leadership on the VOTES Act which will make our democracy more secure, accessible, and equitable for years to come," Foster said Tuesday.

Before he resigned, former Speaker Robert DeLeo said he was interested in hearing more from clerks and other election officials about what worked and what didn't in the 2020 elections before committing to a permanent vote-by-mail system.

Some Republicans claim that voting by mail increases fraud, but the evidence just doesn’t support those claims. So what’s the disconnect?
Copyright State House News Service