Who Would Play Bulger in a ‘Hunting Whitey' Limited Series?

Casey Sherman and Dave Wedge, authors of "Hunting Whitey: The Inside Story of the Capture & Killing of America's Most Wanted Crime Boss," joined NBC10 Boston on Tuesday for a discussion of their new book.

Sherman and Wedge drew on exclusive interviews and exhaustive investigative reporting to tell the complete story of James "Whitey" Bulger, one of the most notorious crime bosses in American history and a longtime FBI informant.

Bulger was indicted on 19 counts of murder, racketeering, narcotics distribution and extortion. But it was his 16-year flight from justice on the eve of his arrest that made him a legend and exposed deep corruption within the FBI.

"Hunting Whitey" tells the story of Bulger's life on the run, his capture and his eventual murder inside one of America’s most dangerous prisons.

Granted access to exclusive prison letters and interviews with dozens of people connected to the case on both sides, Sherman and Wedge offer a trove of fascinating new stories.

During their chat with NBC10 Boston, Sherman and Wedge said they are already developing their book for Hollywood. Their previous book about the Boston Marathon bombings was the basis for the movie "Patriots Day" starring Mark Wahlberg.

"It can be a feature film, but I think it's going to be a limited series. It allows us a little more space to get into Bulger's head, to really peel back the onion about what Bulger's life was like in prison," Sherman said.

Johnny Depp famously portrayed Bulger in the film "Black Mass." But since the Bulger in the book is a bit older, Sherman said actors like Brian Cranston, Ed Harris and Woody Harrelson are being looked at.

"Those are all candidates," he said. "Any one of them would be great for this role." 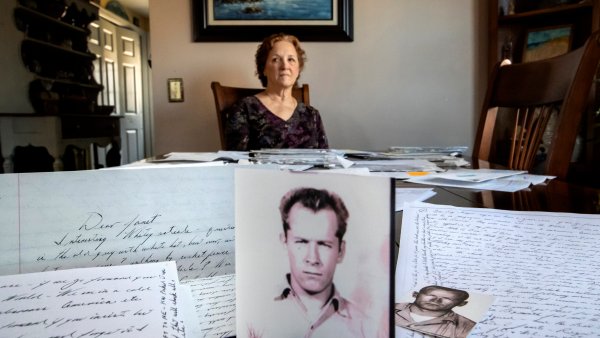 Sherman and Wedge also wrote an exclusive, behind-the-scenes look at how the book came together for NBC10Boston.com.

Click here to buy the new book, "Hunting Whitey: The Inside Story of the Capture & Killing of America's Most Wanted Crime Boss.