Golf Courses Reopen in Mass.: What to Know Today About Coronavirus in New England

The latest updates on coronavirus cases across the region

Gov. Charlie Baker said Thursday the state's contact tracing program has so far contacted more than 14,000 individuals with confirmed cases of coronavirus and reached out to more than 7,500 of their contacts since the program launched on April 12.

The latest COVID-19 numbers include some hopeful signs.

The number of coronavirus patients in intensive care stands at about 850, down from more than 1,000 two weeks ago, while the total number of people hospitalized with COVID-19 has also dipped from nearly 3,900 two weeks ago to more than 3,400 Thursday.

Despite the hopeful signs, Massachusetts still recorded another 132 confirmed COVID-19-related deaths on Thursday, bringing to 4,552 the total number of deaths recorded in the state since the pandemic's start.

The total number of confirmed cases in Massachusetts neared 74,000 after the state reported an additional 1,700 individuals who tested positive for the disease caused by the coronavirus.

The number of deaths at long-term care facilities stands at 2,739 - or 60% - of all coronavirus-related deaths in the state.

Limited use of golf courses will be allowed, Baker announced Thursday as the state looks ahead to a gradual reopening of the economy starting May 18.

Baker said private owners of golf courses can now permit individuals access to the property as long as there are no gatherings of any kind and appropriate social distancing of 6 feet between individuals is strictly followed.

Baker said Thursday that he took a a model that was being used in other nearby states that addressed his concerns and then applied that to Massachusetts.

The decision also allows cities and towns to open municipal courses under the same guidelines if they choose.

Golf courses still can't have employees working at the courses.

Gun shops in Massachusetts will be allowed to reopen, a federal judge said Thursday after a group of owners sued the governor over his decision to include them in non-essential businesses shuttered due to the coronavirus pandemic.

U.S. District Judge Douglas Woodlock said during a virtual hearing that the governor's order infringed on residents' Second Amendment rights and must be overturned, The Boston Globe reported.

"There is no justification here," the judge said. "These plaintiffs . . . have constitutional rights that deserve respect and vindication. And it becomes necessary for a court to do that.''

The judge said he will impose restrictions on gun shops, like requiring them to operate by appointment only.

The state has partnered with a Maine-based company to buy enough of its coronavirus testing kits to more than triple the state's testing capacity, meaning that anyone in Maine suspected of having the virus will be able to get a test, Gov. Janet Mills said Thursday.

The state is buying enough test kits from IDEXX Laboratories Inc. to run at least 5,000 tests per week for the foreseeable future, Mills said.

"This changes everything," Mills said at a news conference, adding that as a result of the new testing capacity, "We do expect to update the plan to restart Maine's economy very soon."

Health Commissioner Jeanne Lambrew said the $720,000 contract with IDEXX will cover at least 5,000 tests per month for several months and is funded through the federal coronavirus relief package.

The tests will add to the Maine Center for Disease Control and Prevention's current capacity of 2,000 tests per week. These tests are in addition to those conducted for Maine residents by non-governmental labs in and outside of the state.

The tests will be run at Maine CDC's Health and Environmental Testing Laboratory in Augusta. Additional staff will be hired to support the expansion.

Maine announced a coronavirus testing partnership that would provide up to 5,000 tests a week.

The state reported 76 more confirmed or likely cases of the coronavirus on Thursday.

For most people, the new coronavirus causes mild or moderate symptoms, such as fever and cough that clear up in two to three weeks. For some, especially older adults and people with existing health problems, it can cause more severe illness, including pneumonia, or death.

Vermont is recovering some of the milk that farmers are having to dispose of and donating it to the Vermont Foodbank, with help from a $60,000 grant from the Vermont Community Foundation.

A big chunk of dairy farmers' business has been wiped out as schools, restaurants, institutions and universities closed to help slow the spread of the coronavirus.

The Vermont Agency of Agriculture says the money will be used to buy the milk. Dairy Farmers of America farms will provide the milk to Green Mountain Creamery and HP Hood. They will process it into yogurt and 2% milk.

As of Thursday, the Vermont Department of Public Health reported a total of 916 coronavirus cases and 53 related deaths. 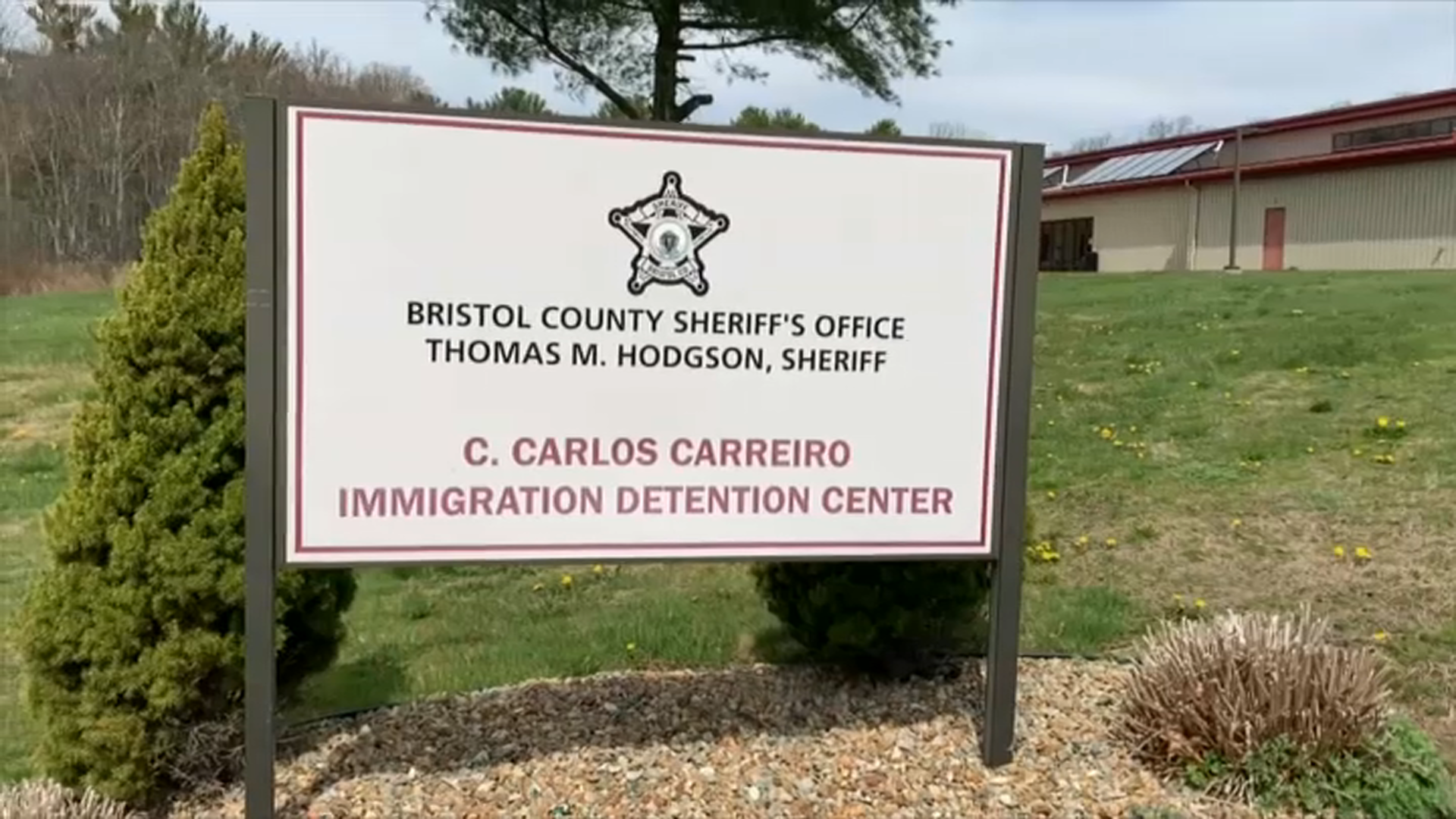 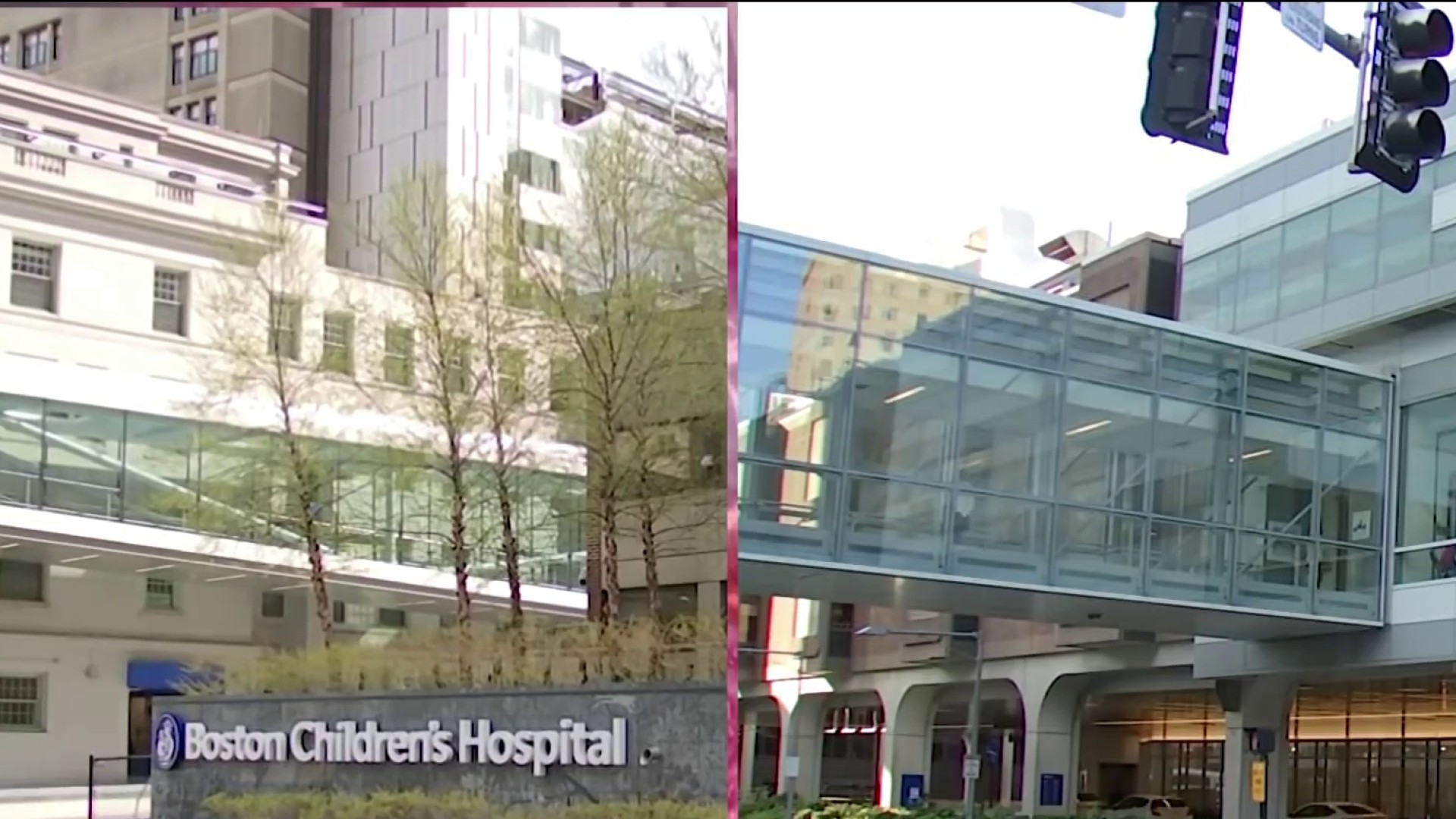 The head of one of New Hampshire's largest theaters hopes state officials will soon lay out a timetable for lifting the ban on large gatherings so the performing arts industry can plan for reopening.

Nicolette Clarke, executive director of the Capitol Center for the Arts in Concord, spoke to the Governor's Economic Reopening Task Force on Thursday. She says living in limbo is frustrating and costly.

Meanwhile, the U.S. Labor Department says nearly 12,000 initial unemployment claims were filed in New Hampshire last week. That's down from a peak of 39,000 in early April.

As of Thursday, there were a total of 2,843 confirmed cases of coronavirus in New Hampshire and 114 related deaths.

A new walk-up coronavirus testing site is opening in Providence. The site opening Thursday is located in the parking lot of the former St. Joseph's Hospital and is being run by the Rhode Island Free Clinic.

Drive-thru and walk-up testing will be available to uninsured, symptomatic adults who call in advance for an appointment. Bilingual personnel are available.

The delay on jury trials at federal court in Providence has been extended. The chief judge said Wednesday because of the public health threat of the coronavirus, there will be no jury selection or trials during May or June.

Rhode Island Gov. Gina Raimondo announced Thursday that the state's stay-at-home order will expire on Saturday. The order, which has been in effect since March 28, was set to expire Friday.

By lifting the order, the state will be able to enter Phase 1 of Rhode Island's reopening plan, Raimondo said Thursday at her daily news conference.

"What's it going to look like? Not very different than it looks right now," Raimondo said.

Although the number of COVID-19 cases was still on the rise, the governor said she thinks it's a reflection of the state testing more "at-risk" communities like in nursing homes and in urban areas.

"It's exactly where we need to be in terms of our testing," Raimondo said.

When Rhode Island enters Phase 1 on Saturday, social gatherings will remain limited to 5 people until May 22, Raimondo said. The governor wants everyone who can work from home to do so but said employees of office-based businesses may go to work on a "very limited basis."

"I am trusting that people are going to do the right thing and use good judgment," she said.

Places of worship can reopen but they must enforce the 5-person limit, the governor said. A 10-person limit will be allowed at funerals. Restaurants will remain closed to diners during Phase 1 but state officials will now allow beer, wine and mixed drinks to be available with take-out service, Raimondo said.

Beginning next week, hospitals in Rhode Island will be able to resume non-critical procedures. Each hospital had to submit their safety plans for reopening and all plans been approved by the state, the governor said.

Health officials reported 18 new COVID-19 related deaths on Thursday for a total of 388. There were 325 new positive cases of coronavirus, bringing the state's total to 10,530.

Gov. Ned Lamont said Thursday that Connecticut is showing positive signs it can meet criteria set for the state's planned May 20 initial reopening date, noting how hospitalizations for coronavirus continue to decline and the state is making progress toward building a 30-day stockpile of personal protective equipment for health care workers.

The Democrat said he also expects COVID testing will continue to ramp up. Close to 5,000 diagnostic tests were conducted on Wednesday, but the state hopes to more than double that rate over the next two weeks. The goal is 42,000 a week.

That would be in addition to technology used to monitor any potential flare-up, such as the 11,000 "smart thermometers'' the state has distributed and the How We Feel app. So far, 60,000 people are using it, providing information about their symptoms daily.

Meanwhile, a Microsoft platform for a contact tracing initiative will be tested over the next few days. Lamont said hundreds of volunteers have already agreed to become tracers, reaching out to people who may have come in contact with someone who tested positive for COVID-19.

Protocols for businesses allowed to reopen will be released Friday. But Lamont stressed they don't have to reopen if they don't feel prepared.

For most people, the coronavirus causes mild or moderate symptoms, such as fever and cough, that clear up in two to three weeks. For some, especially older adults and people with existing health problems, it can cause more severe illness, including pneumonia, or death.