The snowstorm is expected to bring rain, then snow, to much of New England on Saturday and into Sunday, with some areas expected to get over a foot

As the first major snowstorm of the season loomed, road crews around Greater Boston on Friday got ready to contend with a nor'easter.

Public works departments were getting salt-spreading trucks and plows ready while stores readied for a rush on snow-clearing equipment.

Worcester County could see snow fall at a dizzying rate of 1-3 inches per hour in some areas on Saturday.

In Worcester, the floors of Barrows Hardware were filled with supplies.

Barrows says he expects more merchandise to fly off the shelves on Saturday.

“It [Friday] was a good day. Strong throughout," he said. "I expect most of the demand may come tomorrow [Saturday] based on the weather tonight.

Some people like Mike Burnadette say they are ready for what the storm may bring.

“Did dad’s house yesterday. He’s up and running and mine is running but my tire's low," he said. "And then you know, snow shovels. I already got plenty of salt at the house.”

"I’m putting a snowplow on my truck. I should be getting it tomorrow. It might be a little bit late for the storm but you know do what I can.”

Still, there are some people who were eager for a change of scenery nine months into the pandemic and amid the monotony of 2020.

“Might as well have snow if we got nothing else,” said New Hampshire resident Cliff Meehan, who was heading up to his home in Vermont. “I’m thinking it’ll be great, maybe we get some skiing in.”

The storm is expected to bring rain, then snow, to much of New England on Saturday and into Sunday. Some areas are expected to get over a foot -- winter storm warnings are in place across four states.

Travel could be impacted by low visibility late Saturday afternoon, when places could see more than an inch of snowfall in an hour, the Massachusetts Emergency Management Agency warned Friday evening.

In Leominster, snowfall in October fall helped prepare the Department of Public Works for what it needed to do Friday. The city was hiring more than 60 contractors to supplement its snowstorm work force to keep more than 80 miles of streets and sidewalks clear.

"Today we'll get the spreaders in, get all the plows hooked up this morning, make any needed repairs to any plows," said Dan Garceau, foreman at the agency.

At an ACE Hardware store in nearby Fitchburg, staff was clearing fall equipment from the shelves to make room for snow shovels and other winter tools.

Friday was game time for the New Hampshire Department of Transportation.

“We look forward to the opportunity to do what we do best,” said spokeswoman Eileen Meaney.

She said it’s helpful the storm is hitting on a Saturday, when most people should be staying home and off the roads.

“We hope that people take advantage of today to get any essential things they might need,” Meaney said.

People in New Hampshire are getting ready for the first major snowstorm of the year.

Because this storm is expected to bring rain before snow, you won’t see the trucks pretreating the roads. Crews will head out to plow once the snow starts accumulating.

It turned out “storm essentials” are different for everyone.

For Laura Kemp, who we spoke to outside the New Hampshire Liquor and Wine Outlet in Hooksett, that's Fireball and chardonnay, she said with a laugh.

And from the liquor store to the sand pile, people were preparing.

With a nor'easter bearing down on New England, workers in Massachusetts were getting ready to keep the roads clear.

His 2020 has been especially tough: “I just lost my wife, so that’s why I go out and do this,” he explained.

He keeps busy by taking care of others.

“I do my neighbors, I go five or six houses up,” Leighton said.

So he filled his buckets of sand and gassed up his new snowblower, finding joy like a true New Englander.

“Stay out in the cold and throw snowballs at people,” Leighton chuckled. 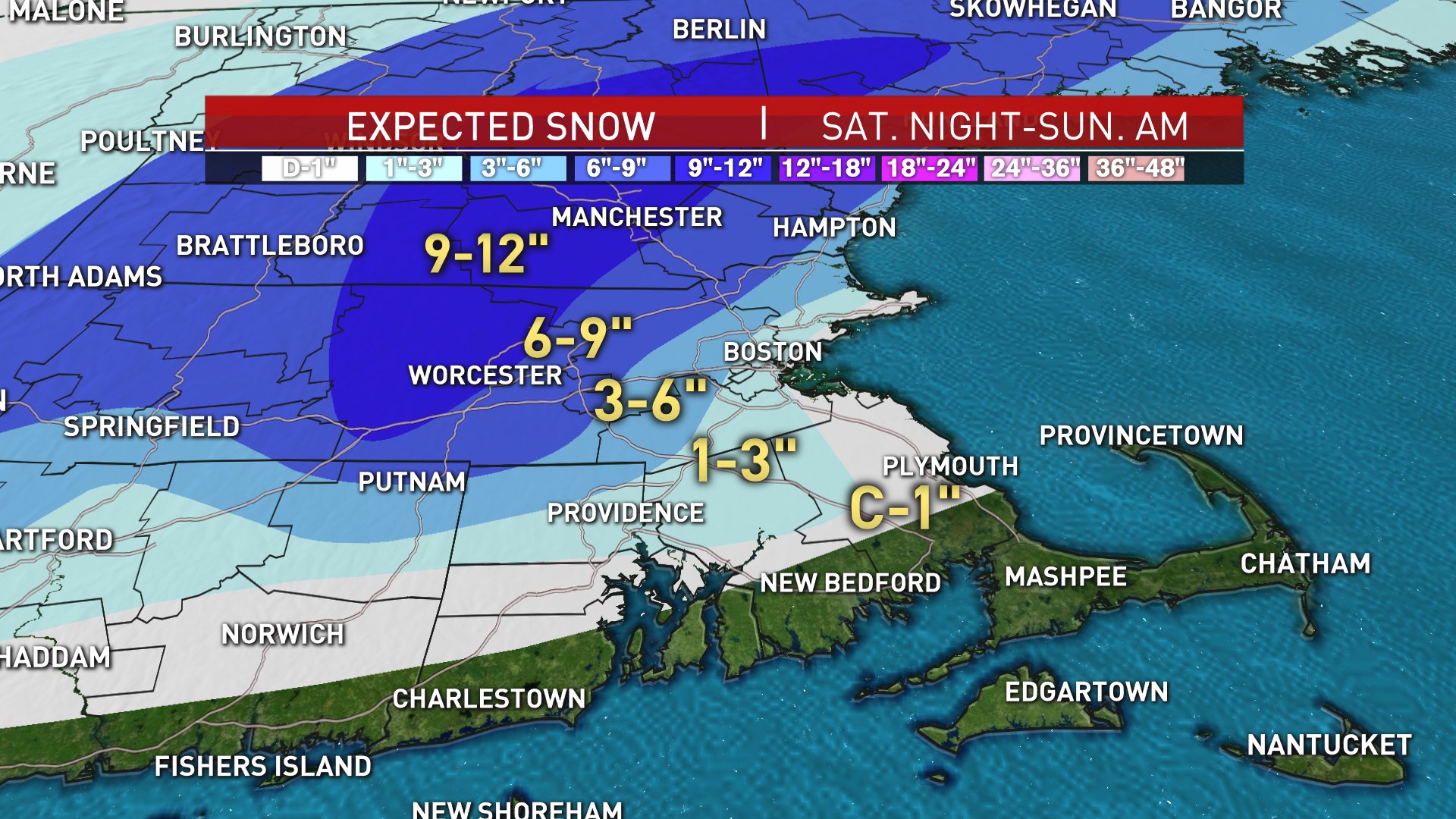 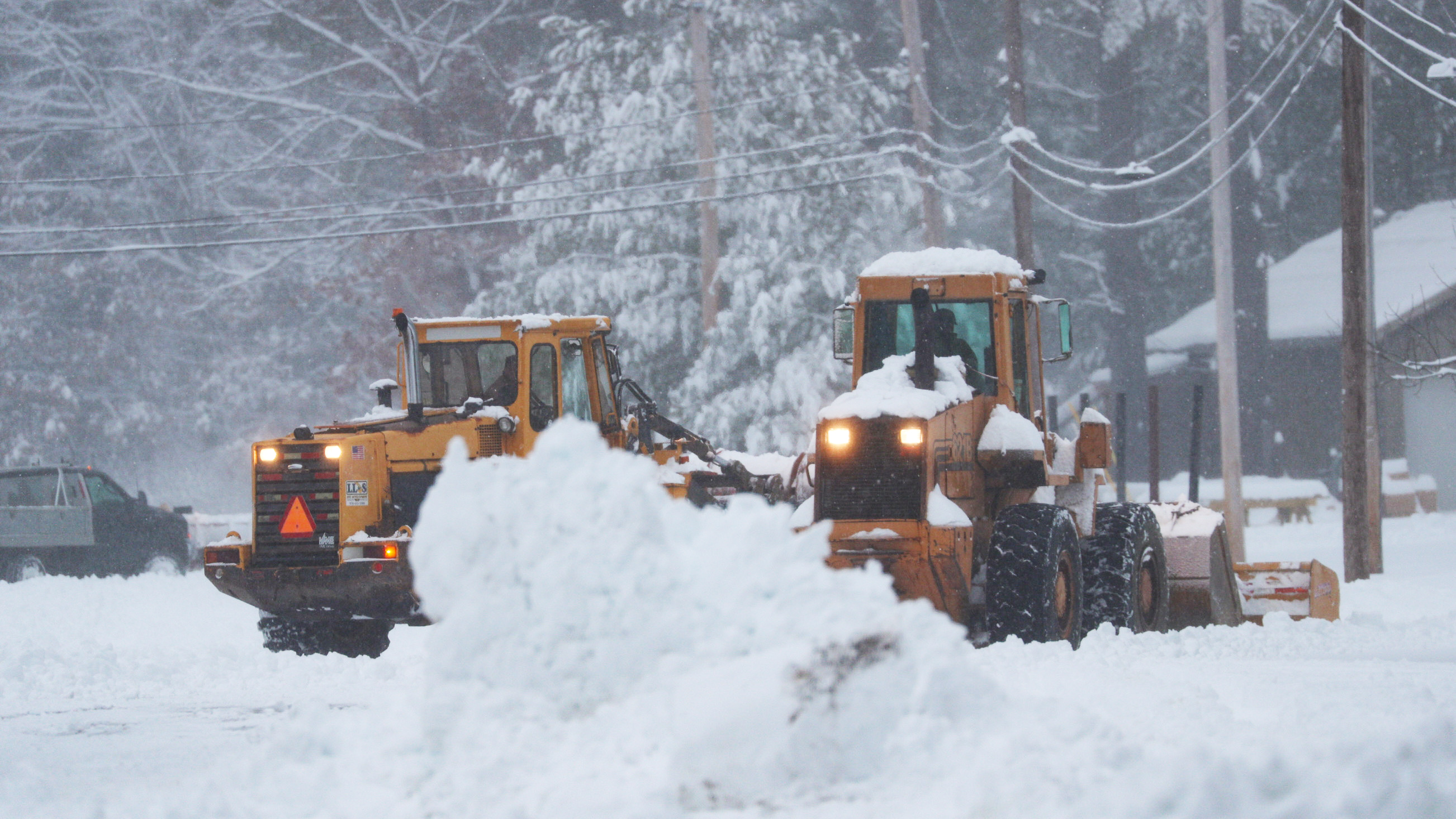