"The Party for Socialism and Liberation condemns the heinous shooting of Jacob Blake by the Kenosha Police Department," the group said on Facebook.

Calls for racial and social justice continued Sunday across Massachusetts, one week after 29-year-old Jacob Blake was shot seven times in the back by police in Kenosha, Wisconsin.

About 150 people attended a rally Sunday night at Nubian Square in Roxbury where they demanded justice for Blake and other victims of police shootings.

"The Party for Socialism and Liberation condemns the heinous shooting of Jacob Blake by the Kenosha Police Department," the group posted in the Facebook event. "We stand in solidarity with the righteous anger of the Kenosha community, protestors across Wisconsin, and protestors across the country. The people once again must come out to fight in justified indignation to demand justice for Jacob Blake."

Sunday's rally was about more than demanding justice for just Blake. The group wants to see justice for all victims of police violence, including those locally.

The event, hosted by the Party for Socialism and Liberation, kicked off at Dudley Street and Malcolm X Boulevard, before the group began marching to Franklin Park.

The organization says they would like to see the officers involved in what they call the attempted murder of Blake immediately arrested and charged, saying on Facebook that "justice can only begin with a conviction and sentencing of all involved."

But that's just the beginning. The group is also calling for police to be defunded and abolished.

"Just this past Sunday we saw the shooting of Jacob Blake seven times in the back and then also we saw the death of Elder Fernandez, soldier from Brockton who died at Fort Hood, hanging, so we see all these things connected between militarism, the police occupation of our communities and just, yeah, the violence against oppressed people, Black people and other oppressed people in this country,” Joe Tache said of why they want to defund the police.

"I'm young and I'm Black so everyday I have to look over my shoulder," one protester said.

Jordan Kapik, a Boston Public Schools teacher who attended the rally, said she's had students taken to the police department for fighting.

"I've had students go from school and taken to a police station just for fighting," he said. "Something that would never happen in a suburban school, or schools without police."

Kapik believes that police need to get out of Boston schools. She also said that schools in Boston need to provide critical social services for kids including food and other basic resources.

Another protester said, "I don't want my kids to have to walk down the street and wonder if the cops are going to stop them for nothing."

A couple of police officers could be seen on top of the Roxbury neighborhood police station watching the crowd of protesters as they marched to Franklin Park in what appeared to be the first sign of visible police all evening.

The organizers said they wanted Sunday's event to be peaceful. Gov. Charlie Baker had already deployed the National Guard in Massachusetts following the unrest in Wisconsin, though Baker has not explained that decision. They could be seen staging Sunday, while organizers said they think those resources could be put to better use.

Event organizers said on Facebook they would be observing physical distancing guidelines and asked all attendees to wear a face mask and maintain at least six feet of distance from anyone they do not live with.

Another rally is set for Wednesday, Sept. 16, at Boston Common.

More Coverage on the Call for Racial Justice 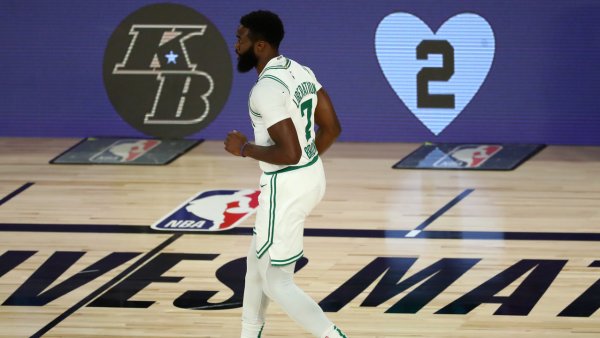 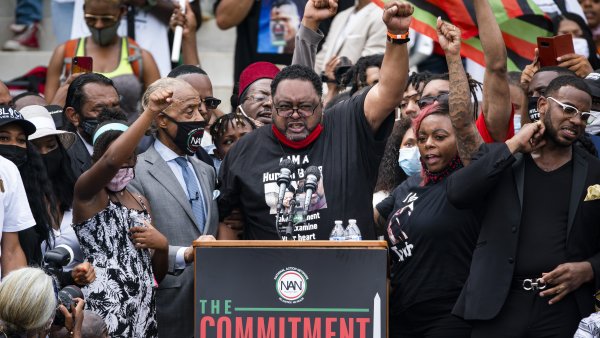