Healey Decision on Run for Governor Might Not Come Until Fall

Healey acknowledged the interest within the party in what she decides, but also called the decision "deeply personal"

Attorney General Maura Healey on Thursday forecast a decision on her political future this fall as the two-term Democrat weighs a possible run for governor in 2022 that would see her join a field that already includes three candidates.

"I'm thinking about that right now. I'm going to take the summer to think about that. Obviously my term is up in 2022 and I need to make some decisions about what that means for me," Healey said during an appearance on GBH's "Boston Public Radio."

Healey acknowledged the interest within the party in what she decides, but also called the decision "deeply personal."

"I'm taking time to think about it and to talk to people and I'll know more by the fall," Healey told host Jim Braude. "In the meantime, we're going to continue pedal to the metal on everything at the attorney deneral's office and there's no shortage of things we need to do."

A number of Democrats in recent decades have tried to use the attorney general's office as a launching pad to the governor's office, but none have succeeded. The most recent example is Martha Coakley, who lost her campaigns for both U.S. Senate and governor after winning the Democratic nominations.

While some wait on Healey, former state Sen. Benjamin Downing, Harvard professor Danielle Allen and Sen. Sonia Chang-Diaz have all gotten into the race for the governor.

Healey said she knows, has worked with or spoken to all three candidates: "I like them and I appreciate them, too, stepping forward. It's not easy, especially in this day and age to put your name on a ballot and to run for office, so I have great respect for them."

Acknowledging a question about how her unsettled status might freeze potential donors and candidates, Healey said, "It's serious stuff, right? I just want to get that right."

Healey is not alone in having people want to know what she plans for herself in 2022. Gov. Charlie Baker has not made a decision whether to seek a third term, but has begun to pick up his fundraising after a hiatus during the pandemic.

Baker and Lt. Gov. Karyn Polito have major fundraiser planned for next month at the Mashpee home of Boston public relations executive George Regan, where the co-chairs and hosts of the event include former Boston Police Commissioner William Gross, car dealer Herb Chambers and UMass President Marty Meehan. The fundraiser was first reported Thursday by the Boston Globe, and confirmed to the News Service by a senior campaign advisor.

If Baker does run, he will face a primary challenge from former state representative Geoff Diehl, who announced his campaign on July 4. Polito is widely expected to run if Baker opts against seeking a third term.

More on the Race for Governor in Massachusetts 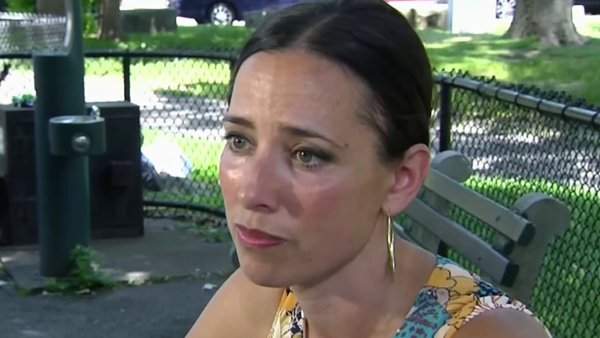