Officer Paulie Lewis says the feeling of support from another officer who has been through similar trauma, is life-saving.

A traumatic injury may not be life-ending, but it's definitely life-changing — something Officer Paulie Lewis knows all too well.

The Weare, New Hampshire, police officer was shot in the line of duty on Aug. 1, 2019, while responding to a domestic call. It was a rare traumatic experience after only two months on the job.

"My world came crashing down," Lewis said of the shooting.

The Boston College grad dreamt of climbing the ranks in a police department. Now, his fulltime job is getting back the use of his right arm.

Key to that work is support from therapists, family, friends, the community, and — perhaps most importantly — fellow police officers.

“Every day I’m talking to a new officer that has been involved in a shooting or has got shot,” Lewis said.

This week it was Braintree Police Officer Billy Cushing, who was shot one month ago while investigating a domestic dispute at an apartment complex. Cushing's K-9 partner Kitt was killed, heroically protecting Cushing and another officer. 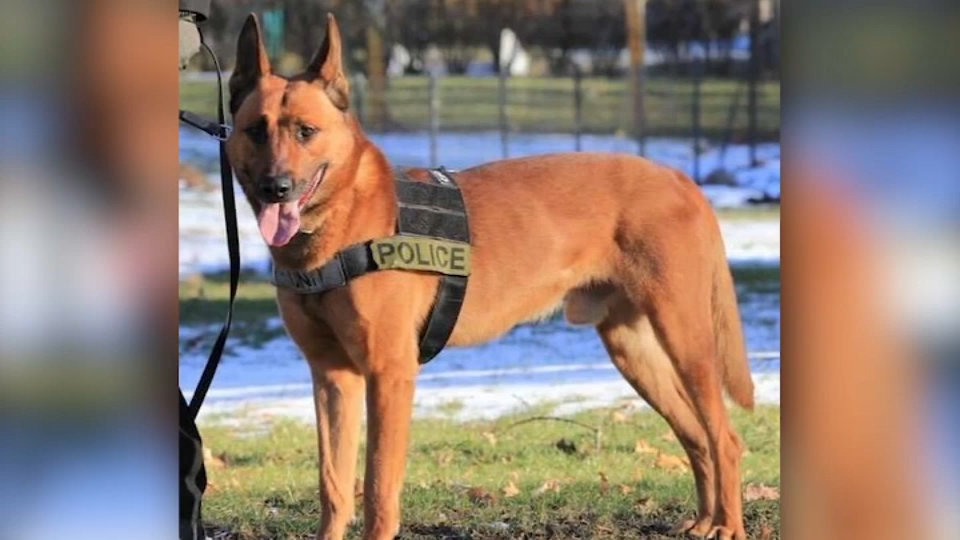 Lewis, who has family ties to Braintree, Massachusetts, says he gave Cushing advice he needed two years ago.

“There’s going to be a honeymoon phase where you’re flooded by the media and you’re flooded with support from the community, you get a lot of letters, a lot of families reaching out," he said. "But life gets back to normal and then once all that fades away, you’re left with your problems, your physical injuries and your mental ones."

For Lewis, the feeling of support, especially from someone who’s been through similar trauma, is life-saving.

“Knowing that I wanted so much for someone to talk to in the beginning but didn’t really have that, I want to be that for someone else,” he said.

As Lewis continues on the road to recovery, he and other police officers injured in the line of duty will take some big steps in their recoveries by climbing Mt. Washington next month.