A persistent kayaker pulled the gator into his boat and brought it ashore before contacting authorities, MassWildlife said

There is one fewer alligator in Massachusetts’ Westfield River and the out-of-place reptile's rescue came just in the nick of time, the Division of Fisheries and Wildlife said Tuesday.

The three-foot alligator, which is not native to Massachusetts, was first reported to state wildlife and local officials in mid-August when it was seen swimming near the Morgan Sullivan Bridge that connects West Springfield and Agawam. Initial attempts to locate and capture the gator were unsuccessful, and West Springfield Animal Control said the most recent sightings reported to them were in early October.

But on Monday, a viewer sent WWLP 22News a video of a gator swimming near the Big E fairgrounds and kicked off renewed efforts to capture the cold-blooded creature that likely could not survive in the area as the water temperature drops.

"Several kayakers were inspired to try to locate and capture the animal but were unsuccessful," MassWildlife said. "On Tuesday, one persistent kayaker found and captured the reptile, and subsequently contacted state wildlife officials. Arrangements were made for the Environmental Police to turn the approximately three-foot animal over to MassWildlife."

That persistent kayaker was Jeremy White, who told WWLP that he pulled the gator into his kayak and brought it ashore before contacting Environmental Police.

It is illegal to keep alligators and related crocodilians as pets in Massachusetts and MassWildlife said it plans to "place the alligator at a suitable and legal home." West Springfield Animal Control said the alligator would be handed over to a licensed reptile rescue organization. 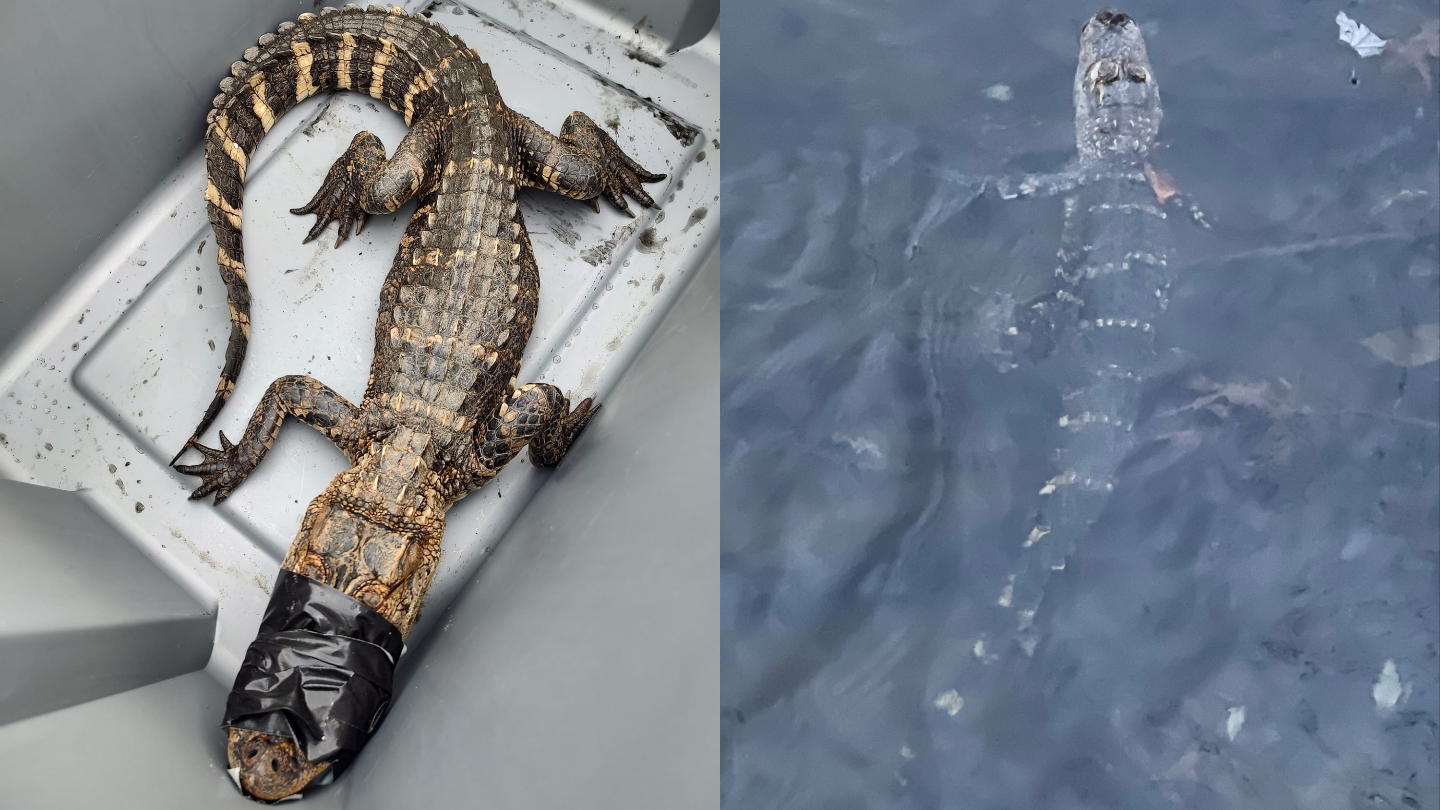 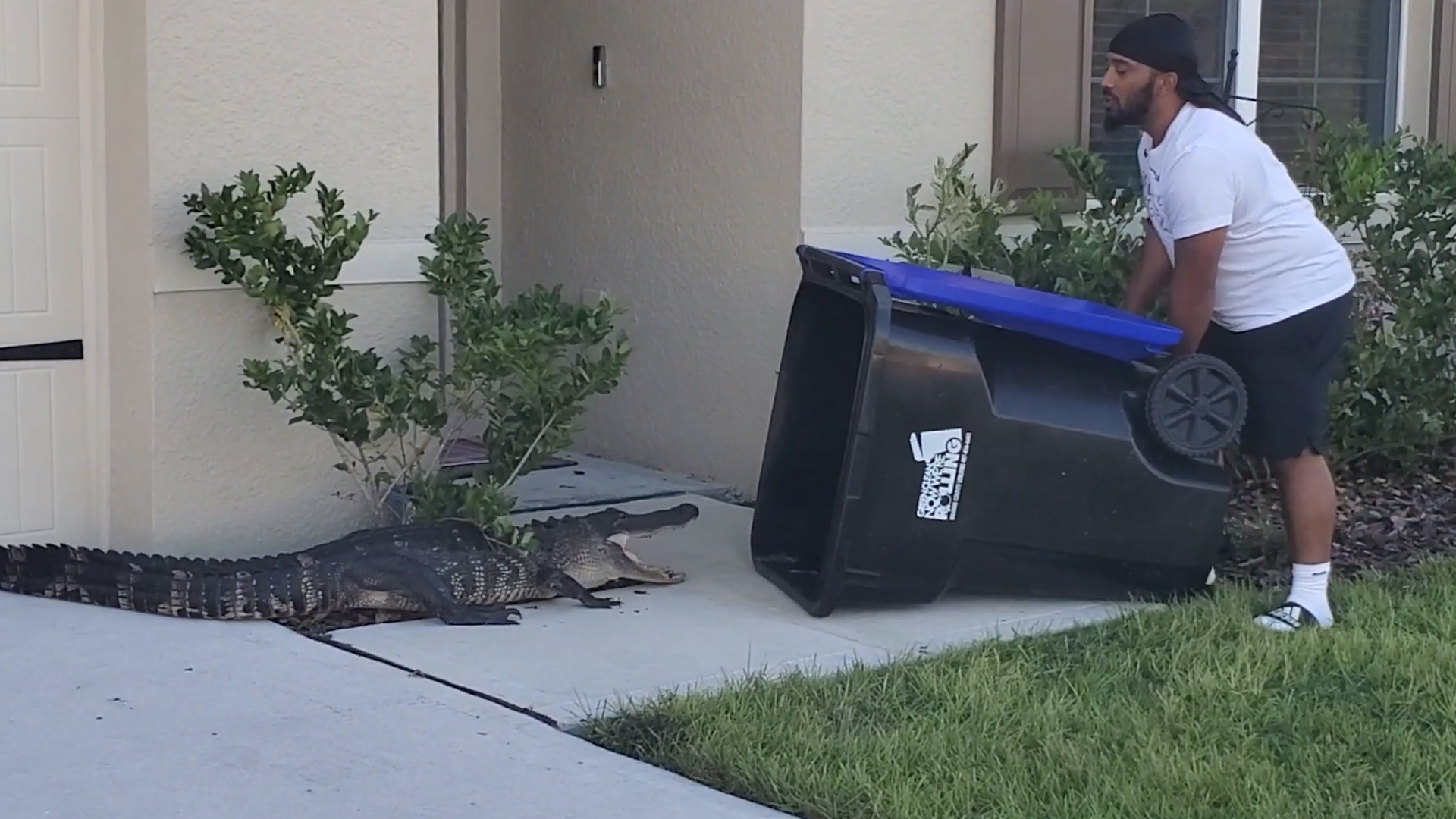 ‘I Did it My Own Way': Army Veteran Uses Trash Can to Capture Fla. Gator