There are already signs that the restaurant industry is feeling the effects of the latest surge in a few different ways, based on conversations with a number of restaurant owners, managers and workers in the Greater Boston area

Nearly two years into the pandemic, the current situation feels eerily like March of 2020 in some ways, with the coronavirus spreading like wildfire and people hunkering down to see exactly how it will turn out.

The situation is certainly different today than it was at the start of the outbreak, as the omicron variant appears to be milder than the original version of the virus or the delta variant, which CDC estimates suggest it has already supplanted. However, omicron is much more contagious than anything we’ve seen so far, leading to hundreds of thousands of new cases a day nationwide and causing many to wonder what kind of damage it might inflict on everyday life, including the very vulnerable restaurant industry, already hit hard by the virus.

The current CDC recommendation for people who test positive is to go into isolation for at least five days, which means that, depending on how case numbers trend in the short term, there could be millions of people temporarily — and very suddenly — out of the workforce. When you think about how many of those millions might work on farms, in food processing facilities, as truck drivers who transport food or in restaurants, worries about the entire food supply chain start to come into play.

There are already signs that the restaurant industry is feeling the effects of the latest surge in a few different ways.

Conversations with a number of restaurant owners, managers and workers in the Greater Boston area this week indicate that local food service suppliers and warehouse stores are often short on certain items (and the items missing sometimes seem totally random), forcing some dining spots to have to hunt around to find goods or to make changes to their menus. Deliveries are also becoming an issue, with multiple restaurant owners saying that they just don’t know when a delivery truck might be late or not show up at all, which has led one owner to increase the size of his orders just to be safe.

The CDC recently changed some of their recommendations for COVID-19 when it comes to isolating and masking up. Here is everything you need to know right now.

Another big issue: higher prices for food items, necessitating price adjustments on menus to the point where some diners are opting to shop at supermarkets (though food prices are going up there as well) and/or cook at home rather than going to any restaurants at all, even for takeout or delivery.

The wholesale and supply chain issues don’t appear to be affecting everyone in the local restaurant industry yet, but one thing that does seem to be affecting nearly every dining spot is the virus itself.

More than a few businesses have had to temporarily shut down due to omicron sweeping through their work staffs, though people have tended to recover more quickly from this new variant, allowing the affected restaurants to reopen relatively quickly, often in just a few days.

Some restaurants have simply decided to be proactive and protect their workers and themselves by closing for part or all of January or even beyond while they wait to see how this latest surge plays out. Other dining spots have gone a slightly different route, focusing on the takeout and delivery, which brings back memories of last winter, when so many people simply stayed home rather than take a chance by sitting in an indoor dining area of a restaurant.

One interesting note is that the prospect of increased takeout/delivery could cause yet another supply chain issue – a couple of restaurant owners hinted that it could result in a shortage of takeout containers, which was apparently an issue for some last year as well.

What Kinds of Restaurants Could Fare Better?

While it is no secret that the omicron variant is affecting the entire local restaurant industry, some types of businesses within the industry may be less severely impacted than others over the coming days and weeks. Looking back over the past couple of years can help show which concepts may fare well and which ones may not.

Places that focused on takeout and delivery mostly did all right during previous surges, though delivery may be the better option now since there is less human contact and this new strain is so contagious. Similarly, curbside pickup may be better than traditional takeout because of that same limiting of contact, though not all dining spots are able to use that option because of space issues, location, parking, etc.

Suburban restaurants may have a slight advantage over downtown eateries because people are starting to work at home again rather than in offices within the city, though dining spots in the city that focus on delivery should also fare well, especially since we are now in the heart of the winter and people who live in or near downtown probably aren’t venturing out as much in general.

With COVID-19 cases continuing to rise, some restaurants in the Boston area have made the decision to put indoor dining on hold.

The restaurant industry has had to deal with an endless series of struggles since the onset of the pandemic in early 2020, and the sudden arrival of omicron is making restaurant owners, workers and diners alike wonder how many more hits the industry can take.

A ray of hope does seem to exist, as there are signs that this latest variant could go away as quickly as it came, though even if this is the case, it could be weeks before things get back to anything approaching normal – in particular because supply chain issues tend not to get fixed overnight.

For the time being at least, there seem to be more questions than answers. We may start to get them toward the middle or latter part of January, along with a clearer picture of exactly how much the latest COVID surge has hurt the industry.

More on Restaurants and COVID 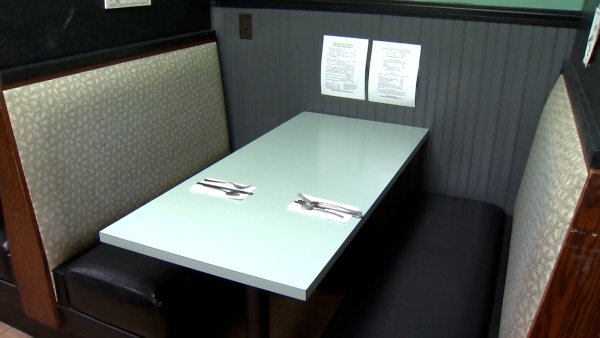 A Number of Boston-Area Restaurants Have Decided to Close Temporarily 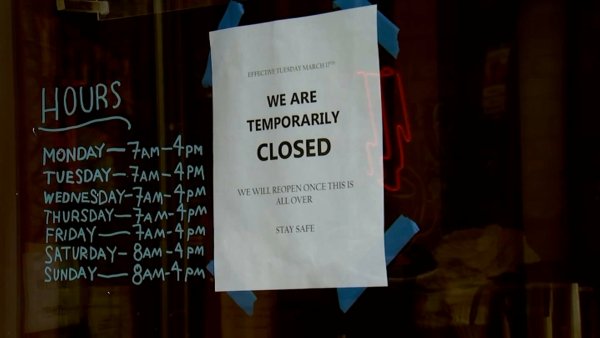