‘Huge Honor': Wellesley Native Is First to Tee Off at US Open in Brookline

The tournament is equally meaningful to Michael Thorbjornsen's family and his friends, who are following his shots on every hole

Michael Thorbjornsen was the very first golfer to tee off at the U.S. Open Thursday in Brookline, Massachusetts, just a few miles from where he grew up.

The Wellesley native started golfing when he was just 8 years old. Now, 12 years later, Thorbjornsen finds himself playing on golf’s biggest stage against some of the game's most talented players. And he was thankful for some familiar faces in the crowd.

Golfers partook in Day 1 of the U.S. Open Thursday in Brookline.

"It feels like a home event," Thorbjornsen told NBC10 Boston earlier this week. "That is why it feels really good having all the support. It is kind of nerve-wracking out there, playing in the U.S. Open, 15 minutes from my house."

Thorbjornsen qualified to play as a top amateur in Massachusetts. He kicked off the start of the 122nd championship at The Country Club with a bright-and-early 6:45 a.m. tee time.

His mother, Sandra Thorbjornsen, said she experienced a range of emotions from pride and excitement to anxiety as she watched her 20-year-old son drive the ball Thursday morning.

"This is his dream come true and we never would have expected this," his mother said. "We watched him play a lot of golf tournaments through the years, so to have him have the first tee is a huge, huge honor. I know that means a lot to him."

"He wants to have fun. He has his friend on the bag and he has his whole family here," his mother said, referring to Thorbjornsen's childhood friend, Drew Cohens, who is there as his is caddie.

"It is really, really special being here," Cohens said earlier this week. "He has had this one circled on his calendar for a very long time."

The tournament is equally meaningful to his family and his friends, who are following his shots on every hole.

Another longtime friend, Parker Wiegman, said Thursday that many people from Wellesley turned out to cheer on Thorbjornsen, or "Thor," as he was known in high school.

"We were all friends in high school and now we’re out here at the U.S. Open. It’s pretty crazy," Wiegman said. "We’re seeing a bunch of high school friends, Wellesley friends and everyone’s like, 'Go Thor! Go Thor!' So it’s crazy."

The golfer said this week that, aside from the occasional dinner or swim at The Country Club, he had never played the course until Sunday.

"Have you heard of The Country Club? I mean, Tom Brady tried to be a member here," Thorbjornsen said. "Look at this, look around here, are you just pinching yourself? It is crazy."

More on the US Open 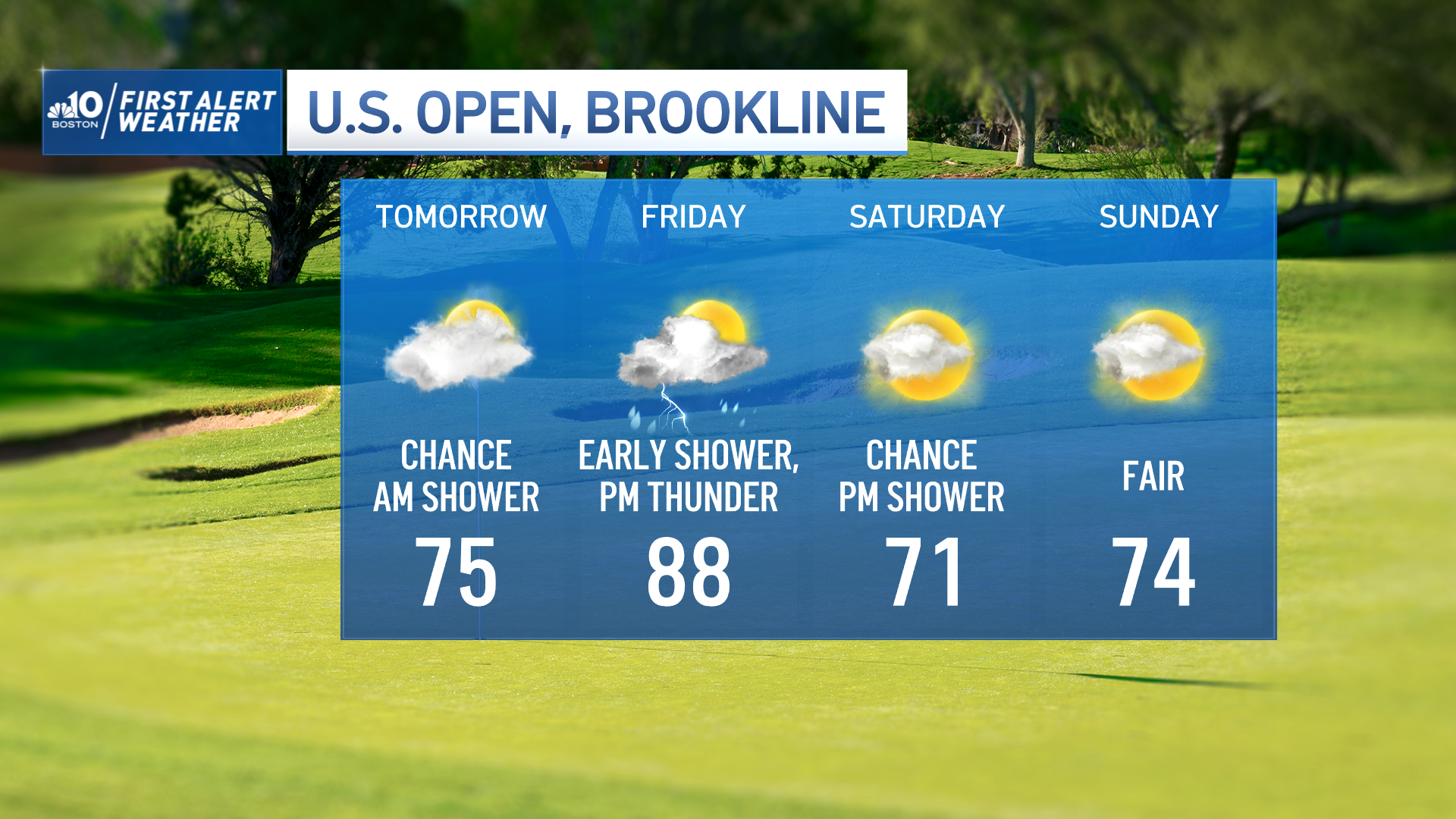 Will Weather Affect the US Open? Here's a Tournament Forecast 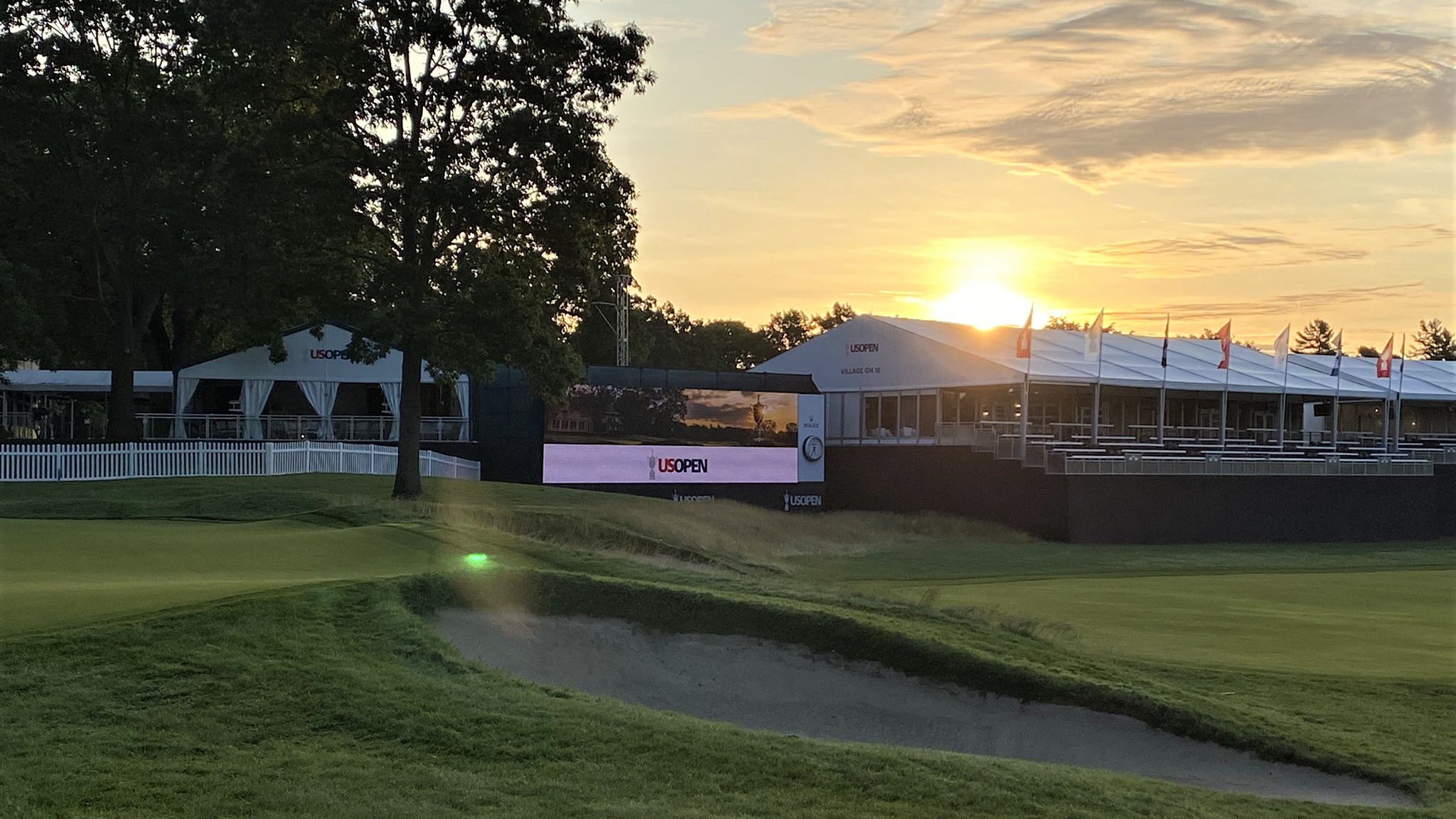