It was a morning full of laughs at the St. Patrick’s Day Breakfast in Boston.

Before the parade, the state's political leaders gathered for the annual event in the city's South Boston neighborhood for Irish songs, Irish dancing and groan-worthy political jokes. 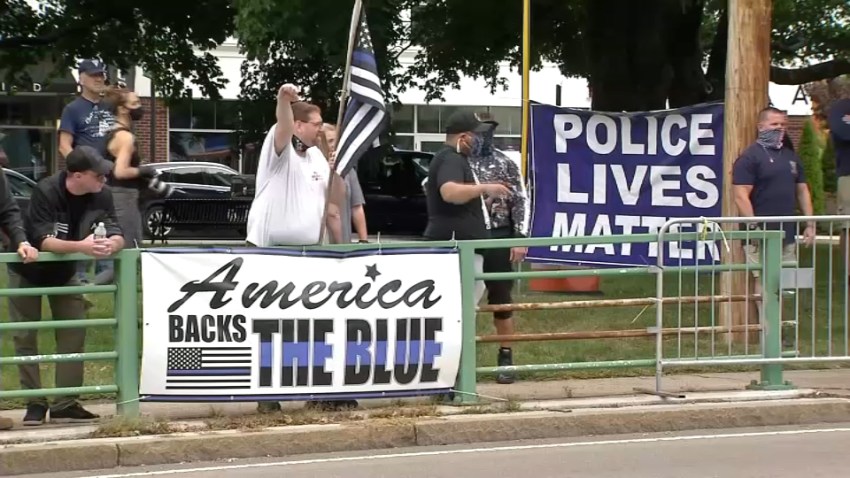 ‘All Lives Matter': Dozens Support Police at ‘Back the Blue' Demonstration in Mansfield 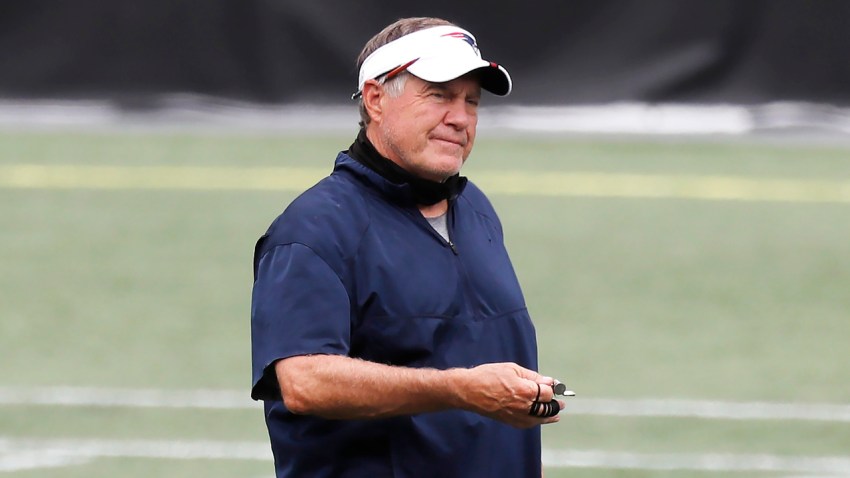 Bill Belichick Has Special Message for Celtics Before Game 6 vs. Heat

Republican Gov. Charlie Baker was one of the event's headliners. U.S. Sen. Ed Markey, U.S. Rep. Ayanna Pressley and Boston Mayor Marty Walsh were among the top Democrats who attended.

Sen. Collins, a native of Southie, poked fun at Baker for his British roots and introduced him as King Charlie Baker.

"Alice Elizabeth Gormley from Ireland, my mother, would have been horrified to have anybody talk about me as a descendant of the British crown," said Baker.

Baker, who has distanced himself from more conservative Republican stances and refused to vote for President Donald Trump during the 2016 election, joked that he has decided to take a DNA test.

"The official results of that DNA test? I am one-one thousandth Republican,'' Baker quipped.

In past years, the festivities have drawn phone calls from national political figures, and this year was no different.

"We Irish as you know, we're dreamers, yet we're realists. We're spiritual, yet we are doubters. We are compassionate, yet we're demanding. Everything in us runs deep: sadness and joy, heartache and hope, fortitude and faith,'' Biden said. "We are the only people on earth who are always nostalgic for the future.''

A fire at a Worcester, Massachusetts apartment left 13 people spending the Thanksgiving holiday at a hotel, but it could have been much worse if it wasn’t for a group of high schoolers on their way home. Four junior ROTC members were driving home from their high school when they saw smoke at a Hamilton Street apartment building. "When we looked back, no one was out... I didn't see no people, or nothing," Abderrahman Sebbai said. "It was just like, we need to go, like we have to go in there fast." The group ran into the burning apartment building, going door to door to save the people inside.

Biden revealed how he met Sen. Collins in New Hampshire when they both worked together in 2007 and said he wished he could attend the breakfast to see his colleagues in Boston and to meet new lawmakers like Pressley.

The former vice president also spoke of his mother, who he believed was the "quintessential Irish lady." He reflected on an Irish lesson that his mother instilled in him, his sibling and grandchildren: "Never bend. Never bow. Never break." Biden said it taught his family about equality and captured the Irish spirit.

"I would say we’re the only people on earth who are always nostalgic for the future," said Biden. "I think the future is going to be bright."

Before introducing Gov. Baker, Sen. Collins paid tribute to the Massachusetts governor with a "Hamilton" inspired song and dance number. Baker stood and sang along to the tune. Lawmakers were amused with the skit and Sen. Collins’s attempt at hitting a high note.

"I’ve never had men with muskets dance behind me at this breakfast," chuckled Rep. Stephen Lynch as he began his speech.

Sen. Ed Markey did an impression of President Trump after telling them to imagine pitching the Green New Deal with Rep. Alexandria Ocasio-Cortez.

New Hampshire is getting nearly $600,000 in federal funding that will go toward helping reunite children in foster care with their families. The $544,968 from U.S. Department of Housing and Urban Development was awarded to the New Hampshire Housing Finance Authority. They will spend the funding on 64 vouchers for families whose housing problems contributed to them being separated from their children.

Senate President Karen Spilka revealed a sweet fact about Baker, saying during the weekly leadership meetings that a small buffet is laid out and Baker always goes for the pastries.

"Every single meeting, Charlie Baker devours all of the pastries," she said as she jokingly gave Baker a cookie.

Throughout her speech, Sen. Spilka pulled pastries out of a bag and handed them to the governor. "Ooh, look governor," she said. "Another pastry."

U.S. Sen. Elizabeth Warren, who is seeking the Democratic nomination for president, was campaigning in Tennessee and wasn't at the breakfast. Attorney General Maura Healey and House Speaker Robert DeLeo were also not in attendance Sunday.

The Boston area has a significant Irish-American population, and South Boston is its historical stomping ground. The breakfast itself dates back more than a century and is a regular stop for politicians courting those of Irish descent.