Henri weakened into tropical depression Sunday night, as it crawled over the Northeast and continued to unleash downpours over a region already saturated by heavy rain and wind that knocked out power to over 100,000 homes and swamped roads, closed bridges and left people stranded in their vehicles.

The storm was downgraded from a hurricane to a tropical storm before reaching New England, leaving many to breathe a sigh of relief in a region that has not taken a direct hit from a hurricane in decades. There were few early reports of major damage due to wind or surf.

But the storm’s heavy, sustained rains raised concerns about flooding from the storm that threatened to stall over the region before pivoting to the East and moving out to the Atlantic Ocean on Monday night. Some of the highest rain totals were expected inland.

Gov. Ned Lamont was particularly concerned about the wet terrain, potential flooding and strong gusts of wind, calling it Connecticut's "the biggest risk," at a news conference Sunday afternoon. By Sunday night, Lamont said that it looked as though the state was "flattening the curve," with regard to storm response.

"We still have a way to go there, most of the winds are dissipating, but the rains are with us and there's a real risk of flash flooding," Lamont said. "The ground is so saturated that it can flood with just another inch of rain."

Several major bridges in Rhode Island, which stitch together much of the state, were briefly shuttered Sunday, and some coastal roads were nearly impassable.

Since the eye of the storm moved through Westerly, Rhode Island, outside the entrance to the Long Island Sound, officials were expecting less storm surge inside Long Island Sound and along the coast of Connecticut. Lamont emphasized that where the storm hits is a "big deal," and said he spoke with McKee Sunday to offer any help.

"The storm did us a bit of a favor - it did Rhode Island no favors - by veering a little bit more to the northeast," Lamont said.

Most of Connecticut's outages were in the southeast part of the state, including Canterbury, Stonington, Plainfield and other towns, as the storm continued to move from northeast to northwest Connecticut.

Lamont said at a Sunday evening news conference that Eversource representatives promised the "overwhelming majority, 90-plus percent," of affected customers will have their power restored by Monday evening.

Eversource had initially said between 50% and 69% of its customers in Connecticut could lose power, and restoration efforts could last between eight and 21 days.

"I said, 'Look, don't over-promise and under-deliver, do the opposite,'" Lamont said, "They scared us with that 21 day stuff, I know that's a regulatory thing, it's going to be closer to three days starting from, you know, earlier today, so I think that's incredibly positive."

Meanwhile, in Massachusetts, the Steamship Authority canceled all ferry service to the Cape and Islands had been canceled through noon after the U.S. Coast Guard has shut down the ports to all traffic.

Boston's Museum of Science also announced Sunday that it would be closed due to Henri. The museum said it anticipated reopening Monday at 9 a.m. Any tickets for Sunday will be automatically cancelled and refunded, the museum said.

People in the projected path spent Saturday scrambling to stock up on groceries and gasoline. Those close to the coast boarded up windows and, in some cases, evacuated.

Lamont had warned Connecticut residents they should prepare to “shelter in place” from Sunday afternoon through at least Monday morning as the state braces for a direct hit from the storm. He lifted a travel ban at 5 p.m. Sunday on Route I-95 for tractor-trailers and motorcycles.

"I've had it explained to me that hurricanes pick up speed when they're over water. They lose potency when they're over land, so where it hits land is an incredibly important detail," Lamont said. "Given the nature of that hit there, I was just on the phone with a Governor McKee up in Rhode Island, saying anything we could do to work together to keep people safe."

"The latest update continues to show that Rhode Island will feel heavy impacts of high wind, loss of power and flooding," he said Sunday morning. "We expect that to start happening over the next one to two hours."

"Yesterday, we asked you to prepare for the storm," he added. "Today, I'm asking you to stay home. I'm asking you, Rhode Island, to stay home until the storm passes. This is not the time to go out and see the waves or explore the downed trees."

McKee said he ordered a ban on state roadways for all motorcycles and tractor-trailers except those carrying emergency supplies, beginning at 11 a.m. and until further notice.

Connecticut also had to close down several nursing facilities and move the residents to more secure places, Lamont said.

A spokesperson for Eversource, which serves Connecticut, New Hampshire and Massachusetts, said Sunday they expected this to be a multi-day response effort.

“We will be working as quickly as possible to restore power to our customers if outages occur,” William Hinkle, an Eversource spokesperson, said. “We expect significant widespread damage throughout the region from this storm.”

“We expect restorations to take multiple days throughout the region,” he added.

According to Hinkle, anyone who loses power should report the outage by calling, using the website, download the app, or use the two-way texting feature.

Gov. Charlie Baker said Saturday that even though Massachusetts should "avoid the direct hit" from Henri that was projected earlier in the week, residents still need to be prepared for strong winds, flooding and extended power outages.

He stood by his prediction from Friday that between 100,000 to 300,000 customers could lose power as a result of the storm. All of Hardwick, Massachusetts, was without power shortly before 5 p.m. Sunday.

Additionally, the Massachusetts State Police implemented a 40 mph speed restriction on Route I-90 between the New York state line and mile marker 59 around 4:30 p.m. Sunday.

Boston Logan International Airport and other airports in the region remained open as the storm approached, though hundreds of Sunday’s flights were canceled, mostly by Cape Air. Service on some branches of the MBTA was suspended through Sunday, as was Amtrak service between New York and Boston.

With maximum sustained winds at 75 mph, just above hurricane strength, Henri was moving north at 18 mph as of Sunday morning. It was about 80 miles south-southeast of Montauk Point on the tip of Long Island.

Some gas stations from Cape Cod to Long Island sold out of fuel.

Regardless of its exact landfall, broad impacts were expected across a large swath of the Northeast, extending inland to Hartford, Connecticut, and Albany, New York, and eastward to Cape Cod, which is teeming with tens of thousands of summer tourists.

Storm surge between 3 and 5 feet was possible in much of Long Island Sound all the way to Chatham, Massachusetts, and slightly less on Long Island’s Atlantic coast, the hurricane center said. Flash flooding was possible in inland areas already saturated by recent rain. 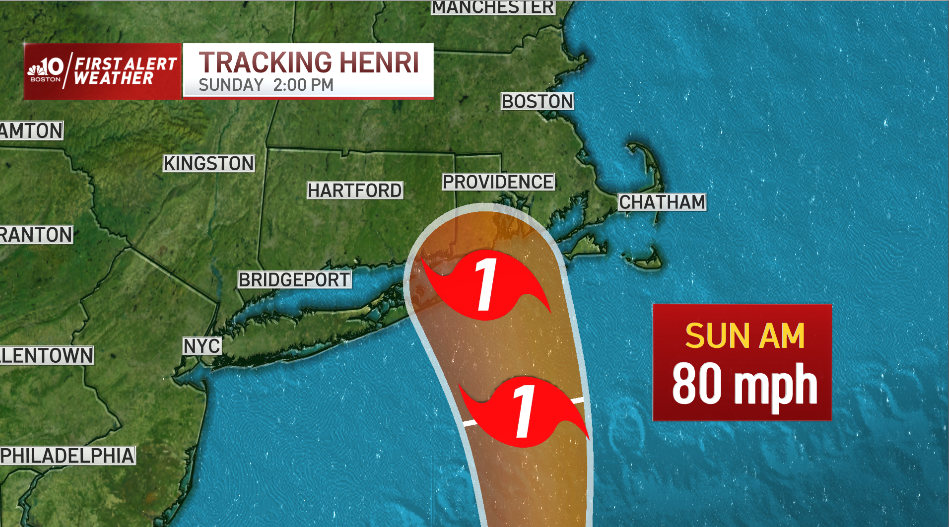 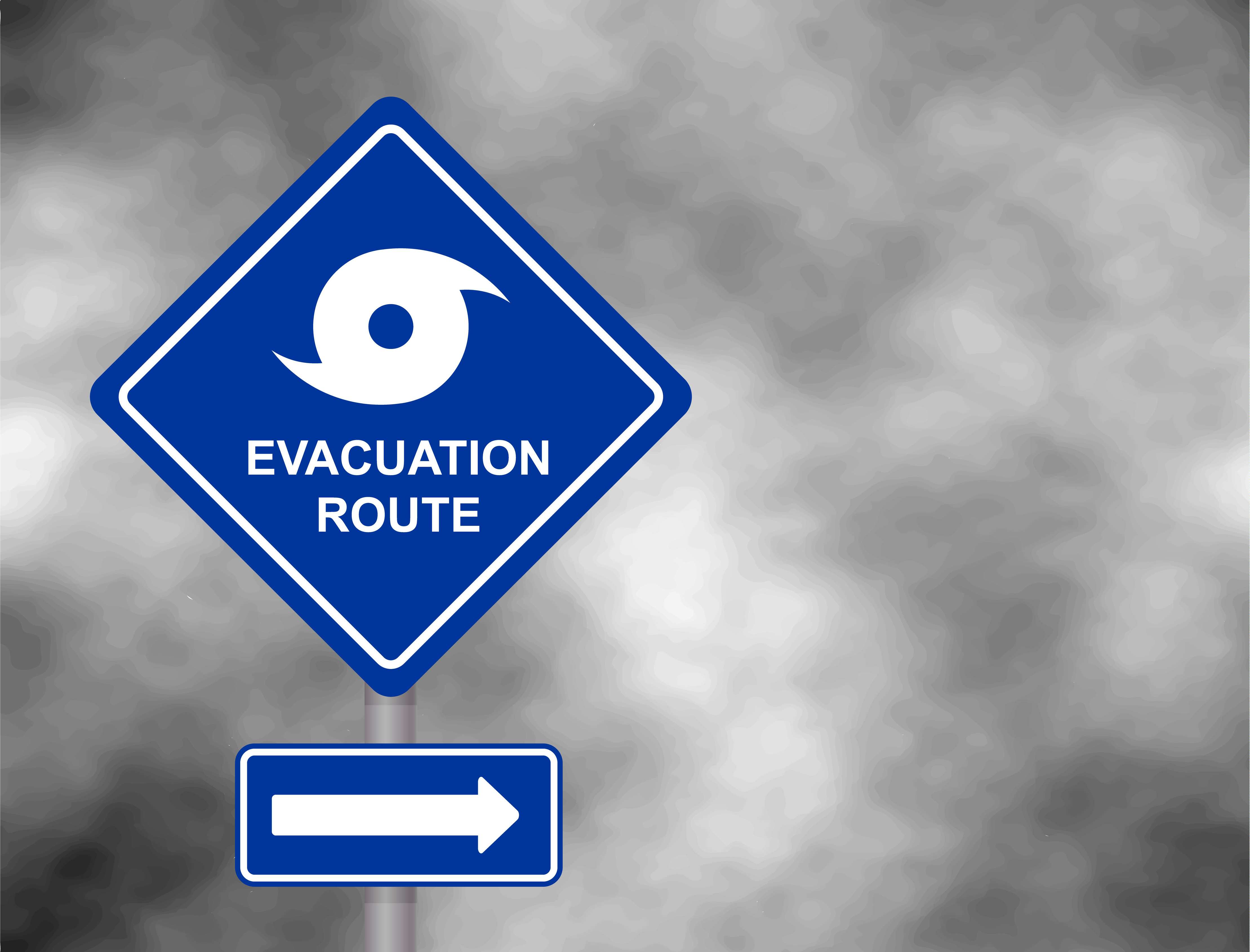