The three were found at a home around 10:30 a.m. Saturday, according to police

UPDATE: NYC Mom Found Killed Along With Her Toddlers Was U.S. Military Member From Russia, Became Citizen at White House

A man was charged Sunday in the deaths of his girlfriend and her two young sons in their Staten Island home, police said.

Shane Walker, 36, was charged with murder, manslaughter, arson and criminal possession of a weapon, according to the NYPD.

Alla Ausheva, 37, and her sons, ages 2 and 3, were found in their home on Palisade Street in Arrochar around 10:30 a.m. Saturday, police said. The home was filled with smoke and firefighters extinguished a small blaze.

Ausheva, 3-year-old Elia and 2-year-old Ivan were all found in one room of the home, police said.

The mom suffered trauma to the head, a source told NBC 4 New York. 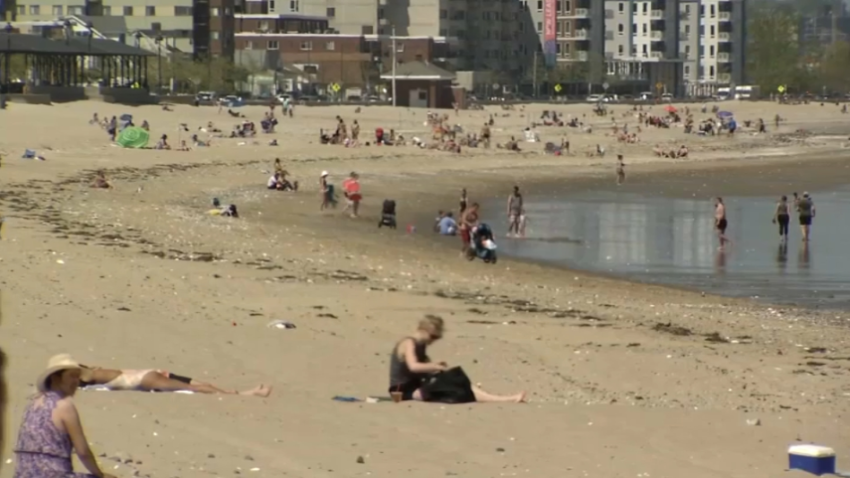 Beaches in Mass. Back Open for Memorial Day

A man believed to be the father of the children was found walking along the Verrazzano Bridge around 7:48 a.m. Saturday, police added. He was taken to a nearby hospital for evaluation. Police didn't confirm that Walker is the father of the boys, whose last names are also Walker.

Shane Walker is also believed to be an active member of the U.S. military, according to police.

The city's Medical Examiner will determine how the woman and her children died. An investigation is ongoing.

This version corrects that Walker is the boyfriend of Ausheva, not the husband.