The state says it hopes to welcome more international travelers, including those from Canada, when the federal government green-lights the full reopening of the northern border to tourism

As leaf-peepers descend on Vermont, the state's largest city said it hopes increased traveler numbers will be one component in its long-term economic recovery from the effects of the COVID-19 pandemic.

Vermont's commerce secretary, Lindsay Kurrle, noted the state has seen strong visitation this summer and fall from domestic travelers, who likely heard Vermont has done a lot better than most places dealing with COVID-19.

Kurrle and other leaders do hope for more visits from international consumers, though, throughout future years.

"Of course, we haven't welcomed quite as many as we'd have liked over the last 18 months," Mayor Miro Weinberger of Burlington said Monday. "But that's starting to change, and as we continue to move forward from the pandemic, we look forward to welcoming them back to Burlington in the days, weeks, and months ahead."

A Vermont man is on a journey to document peak fall foliage in the state.

An ongoing one-way border closure has kept Canadian visitors from driving to Vermont and other U.S. states for leisure trips.

Vermont's congressional delegation has been urging the White House to reopen the northern border, and Kurrle said Monday the administration of Gov. Phil Scott is "eager" to welcome Canadian visitors.

People north of the border want to come to the U.S., too.

"People are very much looking forward to the reopening of that border when the Americans are ready to make the decision, the safe decision, for them," said Marie-Claude Francoeur, the government of Quebec's delegate to New England. "But people will be flowing in, for sure."

Plans are taking shape for how people will cross the U.S.-Canadian border, which is important for many in Vermont

While there are no remaining travel restrictions in Vermont from last year's pandemic emergency, there are still some frustrations throughout the hospitality sector -- namely, in the form of staffing shortages in many restaurants and other businesses.

"Some of our business owners have had to change their hours of operations to manage the situation," Kurrle noted. "And I just think we all have to be patient."

The fall foliage has been slow to arrive this fall in many places, but the bright reds, yellows, and oranges now popping in the trees of the Champlain Valley have been a thrill for a group of friends from Boston and California on vacation in Vermont.

"We expect a lot of nice photos," said Chaitra Melinavalagerehalli Chandrappagowda of Watertown, Massachusetts. "So this is the best time to come and take a lot of pictures and see the views." 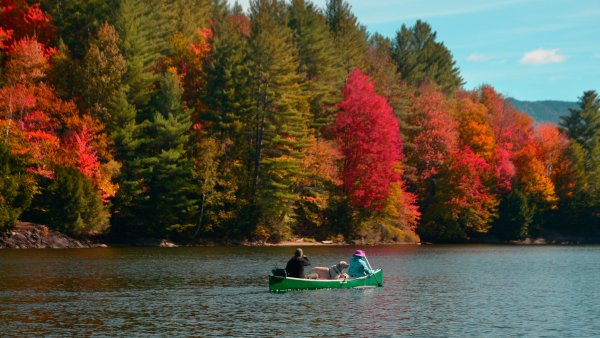 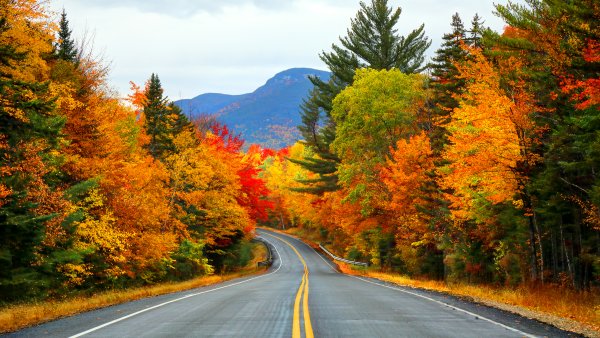 Why Climate Change Is Making It Harder to Chase Fall Foliage

Leaf-peepers like Chaitra, her husband, and their friends would typically make fall foliage a nearly $400 million season for Vermont, according to pre-pandemic state numbers.

Monday saw a new honor for a Burlington woman who views welcoming more tourists as a key part of the region's long-term economic recovery from COVID.

Lise Veronneau was named to an honorary position to strengthen relations between France, Quebec and Vermont, where many folks have French heritage.

Veronneau indicated she hopes those workforce and border issues will smooth out, over time, for French-speaking travelers and for others.

"I'd like to have more events that we could keep inviting them to that are French-oriented, because if you're talking Quebec, they want you to use the French language when they're here," Veronneau told NECN. "And I think that's possible."

Veronneau pointed to a Bastille Day celebration in Winooski in July that would have been a good event to promote to French-speaking travelers.

As for the group of leaf-peepers NECN met, they said they'll leave the Lake Champlain area with photos and memories they'll treasure.

"I wish I had such lakes back in California," a woman named Prathivha said, before taking photographs with her friends and fellow travelers.