Remarkably, the truck driver was not injured, state police said

Video released Sunday from the State Police Association of Massachusetts shows the moment a tractor-trailer carrying U.S. mail plunged nearly 50 feet off a bridge, slamming into the icy Charles River near the ramp from Interstate 95 to Interstate 90 in Weston, Massachusetts.

The video, captured from a nearby boat dock, shows the terrifying crash Saturday. Remarkably, the truck driver managed to escape without injury.

The driver was able to get out the truck's cab before it became partially submerged under water and, unable to swim, waited on top of the truck until first responders arrived to help him.

Weston Deputy Fire Chief Justin Woodside said firefighters were quick to respond because they were already out on the road in the area, shoveling hydrants from Friday's snowfall.

"We were able to make an effective rescue," Woodside said. "Our two members went in with suits and we got him and it took about maybe four minutes or so upon arrival."

The man was taken to Brigham and Women's Hospital in Boston to be evaluated but no injuries were reported, state police said.

Massachusetts State Police and the Weston Fire Department said the tractor-trailer crossed over a ramp before diving over the bridge and into the water below, near the ramp from I-95 to the Massachusetts Turnpike.

The truck was transporting mail for the U.S. Postal Service in Brockton, and U.S. postal inspectors responded to the crash scene later Saturday. Weston's deputy fire chief said the postal inspector would take care of all the packages that crews couldn't recover from the river. It wasn’t clear if the truck was an official U.S. Postal Service truck or one operated by a contractor.

Heavy duty tows were called to the scene to help remove the truck from the water, which broke in half as it was being pulled out, spilling more packages into the river. Video showed the vehicle rigged to a crane on the highway ramp, and it remained an active scene late Saturday as crews worked to clean up the mess.

A driver had to be rescued from the Charles River on Saturday after his tractor trailer that was carrying U.S. mail crashed into the icy water near the ramp from Interstate 95 to Interstate 90 in Weston, Massachusetts, police said.

Exit 39 for the Mass. Pike (I-90) Weston from I-95 north remained closed for more than 10 hours following the incident. The Massachusetts Department of Transportation said the ramp reopened just before 10:30 p.m. 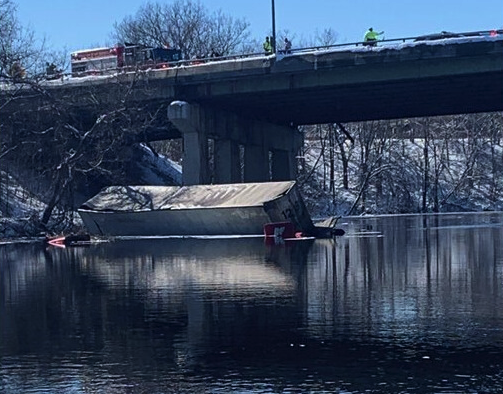 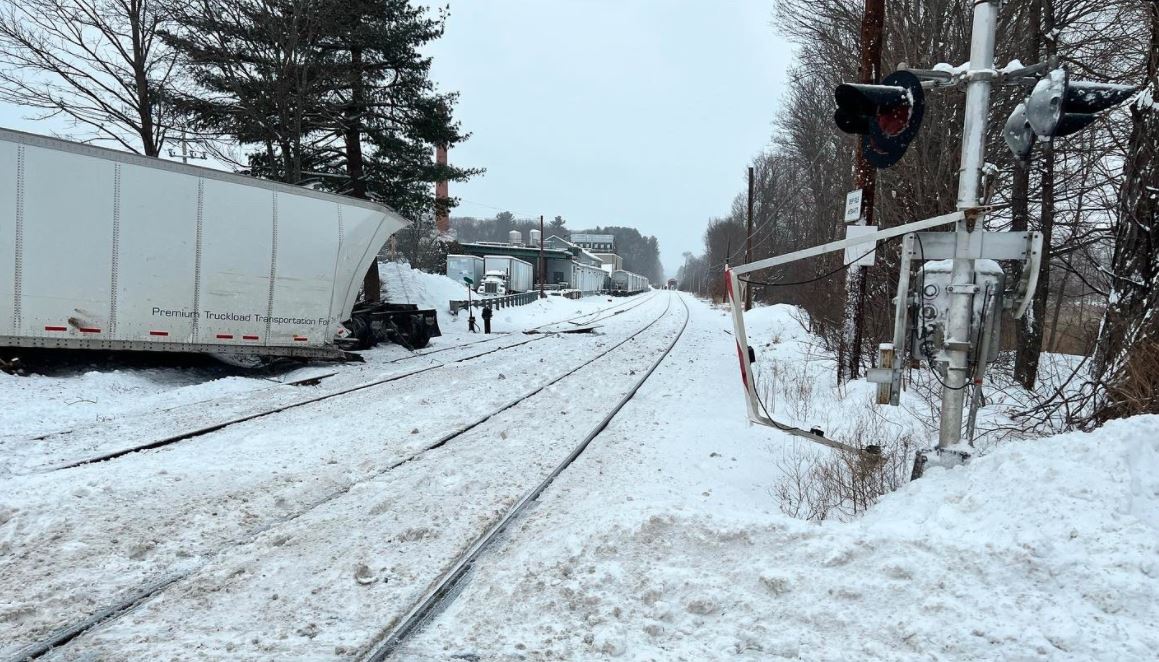