‘It Was a Force': Storms Bring Down Trees and Electrical Wires

Fast-moving storms made their way across Massachusetts and the rest of New England Wednesday, leaving trees and power lines down.

There was a dangerous electrical show on Blue Hill Avenue in Milton after a tree brought down a large electrical wire and tilted the utility poles.

The wire was arcing with loud bangs. Traffic had to be rerouted.

"Oh my gosh, it just happened so quickly," said Melanie Mitchell, who had a tree branch fall onto her Pagoda Street home. "It was a force, like a microburst or something like that. It was very quick."

Thankfully, no one was hurt.

"It came in so forcefully, and it was loud and scary, and now there's a branch on my house, but we're all safe," she said.

More utility poles were tilted over from the intense wind elsewhere in the neighborhood.

The wires on Blue Hill Avenue arced for an hour before electrical crews came in and stabilized the scene.

Power was out for much of the town Wednesday night, but the fire department reported no injuries. 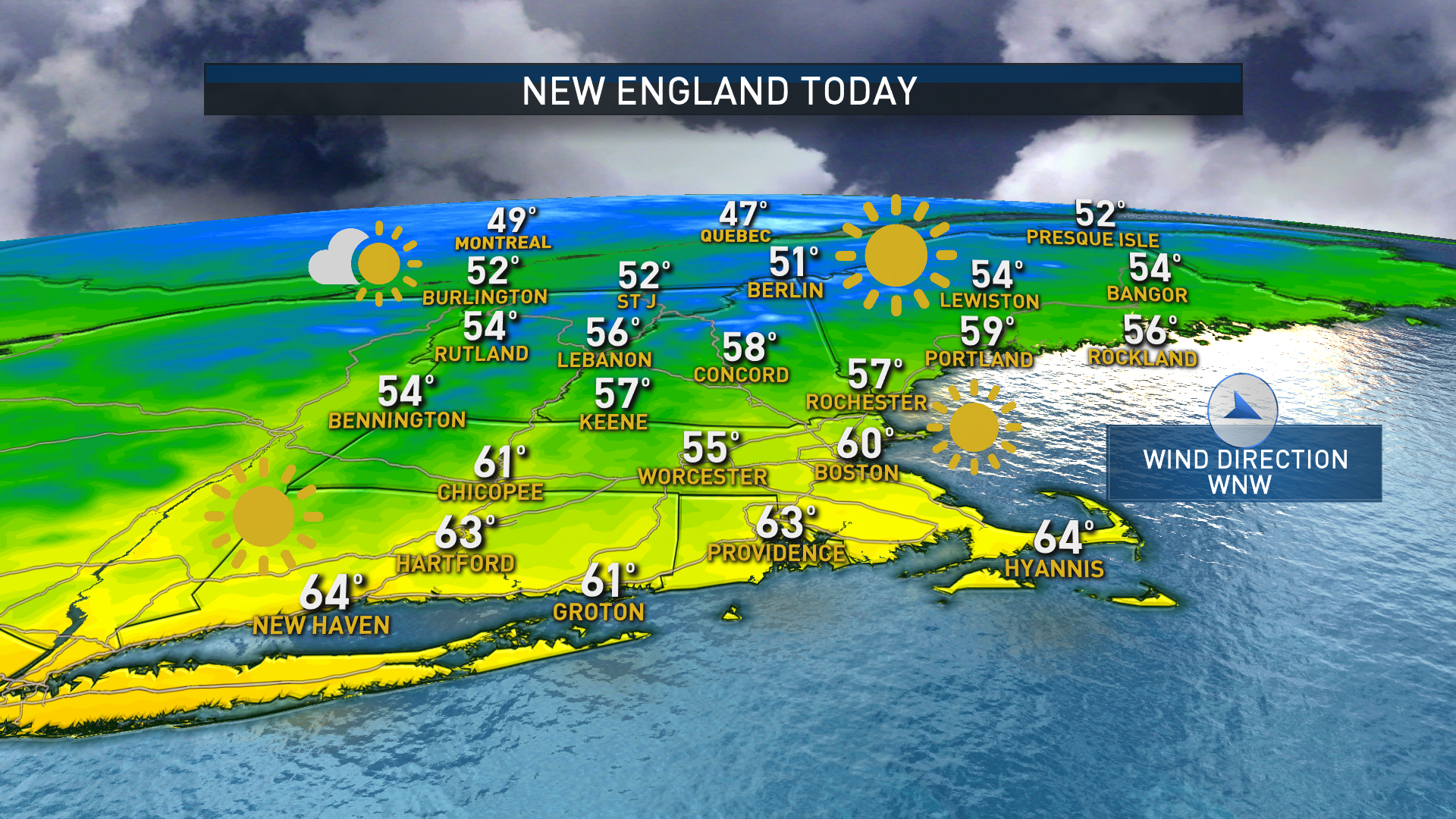 Cool Air Ahead of Weekend Warm-Up 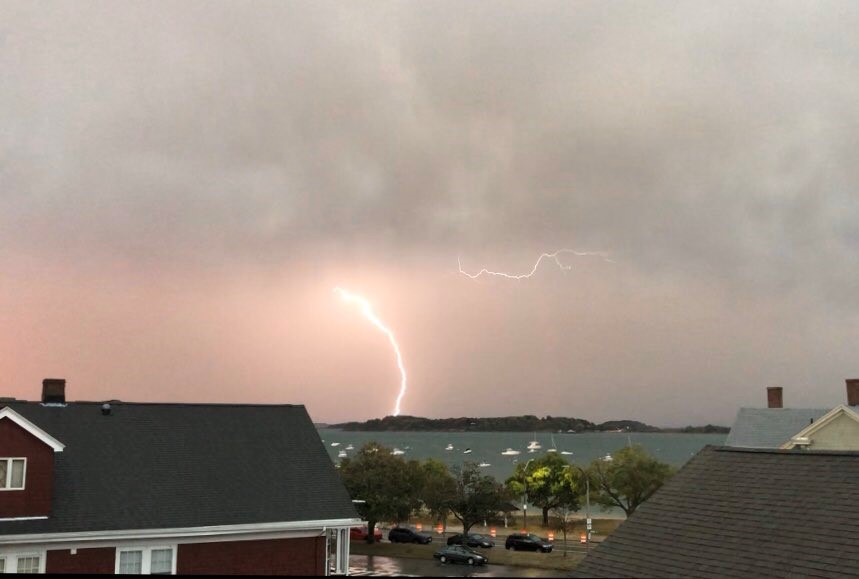