Bradley, a top defensive center fielder, had spent his entire career in Boston

Free-agent outfielder Jackie Bradley Jr. is joining the Milwaukee Brewers, agreeing to the parameters of a $24 million, two-year contract, a person familiar with the negotiations told The Associated Press.

The person spoke on condition of anonymity Thursday because the details of the agreement were still being negotiated and the deal is subject to a successful physical.

Bradley would have the right to opt out after one year and $13 million, allowing him to become a free agent after after this season.

Bradley will join the Brewers will into spring training, which started in mid-February. Opening day is April 1.

Bradley turns 31 on April 19 and is regarded as a top defensive center fielder. He had spent his entire career in Boston and batted .283 with seven homers and 22 RBIs during the pandemic-shortened 2020 season. He had a .364 on-base percentage and an .814 OPS in 55 games last season.

This move continues the Brewers' offseason emphasis on defense.

The Brewers already added former St. Louis Cardinals second baseman Kolten Wong, a Gold Glove winner each of the last two seasons. Wong signed a two-year, $18 million contract with a 2022 team option after the Cardinals declined to pick up their $12.5 million option on him.

The Brewers already have 2019 Gold Glove center fielder Lorenzo Cain, who opted out after playing five games last season but is back in spring training camp.

"We're trying to get his legs underneath him and it's going a little slower than we'd like," manager Craig Counsell said.

Milwaukee also brings back Avisaíl García, who usually has played right field but took over in center last year after Cain's exit. García batted .238 with a .659 OPS in 53 games last season but had a .796 OPS with 20 homers two years ago with Tampa Bay.

Without commenting specifically on the potential addition of Bradley, Counsell noted how depth could boost Milwaukee's outfield.

"Adding players that we can put out there every day, a combination of players who are going to tackle all of those plate appearances, I think it can create a really good insurance floor," Counsell said. "And it would allow us to go a little bit slower (with) Cain at the start of the season if we had to. I'm not anticipating that will happen."

Since the NL is expected to go without a designated hitter this season, the Brewers would seem to have a surplus of outfielders accustomed to starting, unless they make another move in the next few weeks.

Asked about the possibility of Cain moving to right field, Counsell replied, "Lorenzo's our center fielder."

Bradley and Yelich are left-handed hitters, while Cain and García bat from the right side.

This move leaves the Red Sox without any of the starting outfielders from their 2018 team that won the World Series. They traded right fielder Mookie Betts to the Dodgers last year and sent left fielder Andrew Benintendi to the Kansas City Royals last month.

Bradley had been with the Red Sox since their 2013 World Series championship season, though he didn't appear in a postseason game that year.

"He has a fan from afar," Cora said. "I will be paying attention and, obviously, off the field, we are going to keep having a relationship. "

The Brewers are chasing their fourth consecutive playoff berth this season. They made the playoffs last year with a 29-31 record despite never being above .500 all year, though they lost to the eventual World Series champion Los Angeles Dodgers in the opening round. 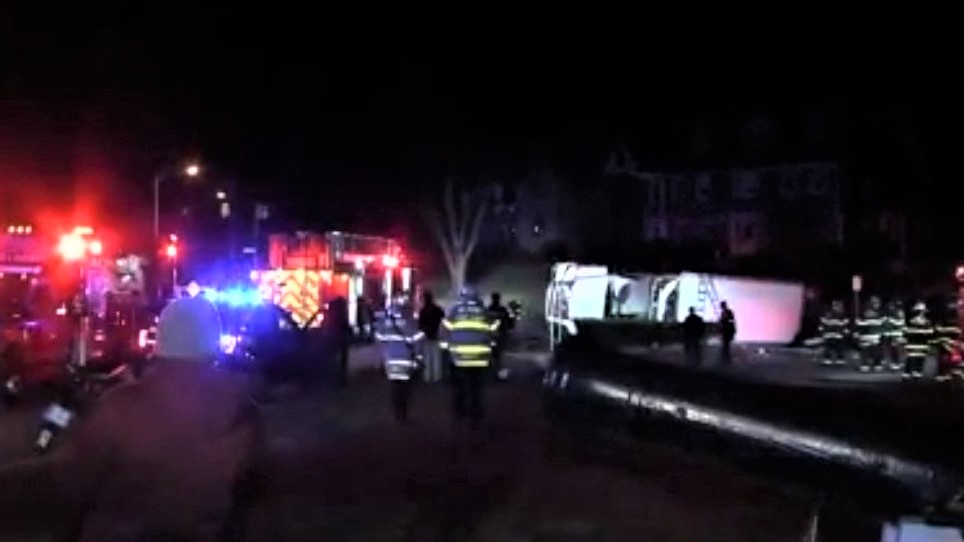 Driver Killed When Truck Flips Over in Belmont