With Josh Gordon Back at Practice, Where Does the Patriots' Receiver Corps Stand?

Gordon, 28, had 40 catches for 720 yards and three touchdowns in 11 games for New England last season

Nobody does Friday afternoon news dumps like the National Football League.

From the time Josh Gordon's reinstatement was announced after 6 p.m. on Friday, the anticipation was building towards his return to Gillette Stadium, where the Patriots held practice on Monday afternoon.

Officially back on New England's roster, wearing his familiar No. 10, Gordon unsurprisingly was not made available to speak to reporters during media access in the Patriots' locker room.

Bill Belichick again referred to an official statement he made on Gordon's reinstatement during his press conference, adding nothing new.

"Is there another line of questioning, or can the witness step down now?" Belichick deadpanned.

There are some new developments with Gordon though, namely his physical status. The team place him on the non-football injury list, which he can be removed from at any time, but he has not yet been cleared to practice.

Gordon was present in the locker room, at his stall located between Benjamin Watson and Maurice Harris. Last year, Gordon's locker was directly adjacent to Tom Brady; now, Watson is between the two. 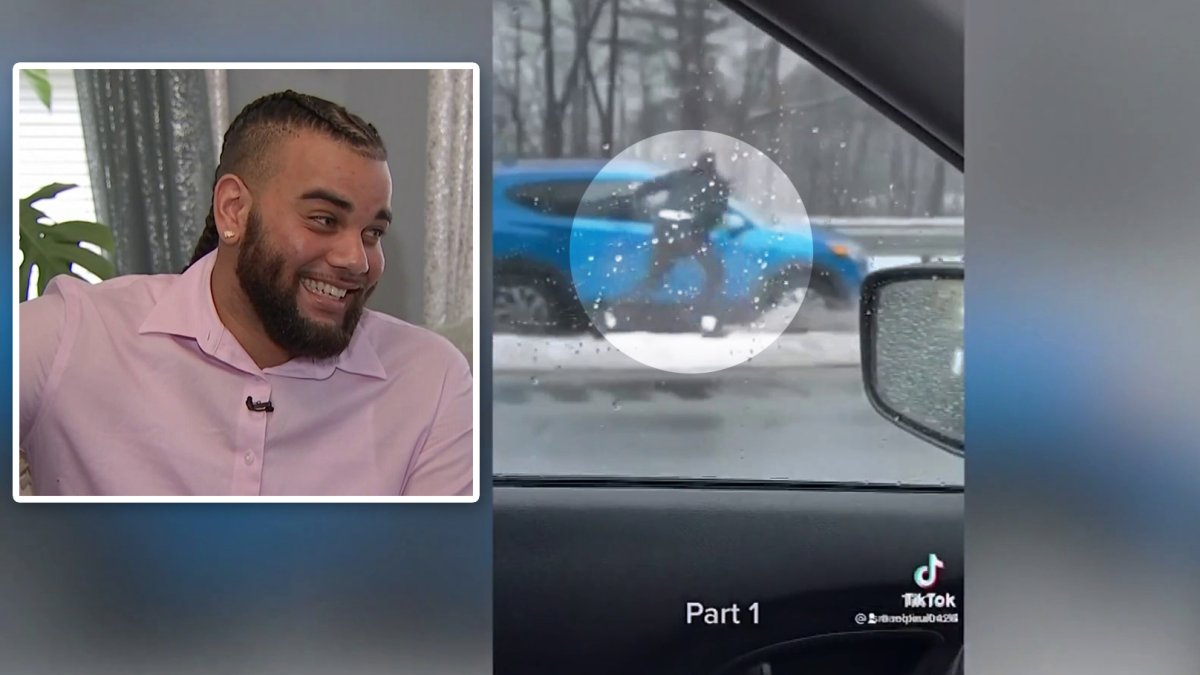 "It's just like when he first got here," Phillip Dorsett said of Gordon's return. "We just welcomed him back. I love Josh, I'm glad he's back."

He was at practice as well, but without pads.

Gordon's return can potentially strengthen, but also muddle, New England's picture at wide receiver. He returns to a crowded receivers room which includes Harris, Dorsett, Julian Edelman, N'Keal Harry, Gunner Olszewski, Braxton Berrios, Jakobi Meyers, Damoun Patterson, Ryan Davis, Demaryius Thomas and Cam Meredith — the last two of whom are on the physically unable to perform (PUP) list, which is where they are expected to begin the regular season.

Edelman — who seemed to have returned from the non-football injury list Monday — and Harry are locks to make the initial 53-man roster for the Patriots, while Meyers feels like more and more of a sure thing by the day. The return of Gordon may turn up the heat a bit on Dorsett, Harris and Berrios in particular, though Dorsett isn't viewing it that way at all.

"At the end of the day, I worry about what I do when I wake up," he said. "All I worry about is, 'How can I get better today?' If I can do that every day, I feel like I can be in the right place."

Gordon, 28, had 40 catches for 720 yards and three touchdowns in 11 games for New England last season. He was suspended after the team's Week 15 loss at Pittsburgh, however, and missed the entire postseason.

"He's a great guy and a great addition for our team," Rex Burkhead said. "Whatever the coaches ask from him, I'm sure he'll be able to do. It's good to see him around again."

Gordon has been suspended five times in his career, missing the entire 2015 and 2016 seasons with the Cleveland Browns. His physical gifts have never been in question through it all, which is in large part why the Patriots gave up a fifth-round pick to acquire Gordon last September.

"He's a physical specimen, we all know that," Dorsett said. "We're definitely hoping he can come back and do the same."