While Massachusetts lawmakers have been slow-walking proposals to legalize sports betting over the last three years, the revenue and jobs that the activity could provide have passed Massachusetts by, supporters told the Joint Committee on Economic Development on Thursday.

Legal sports betting has proliferated around the country, including in nearby states like Rhode Island, Connecticut, New Hampshire and New York.

"This is something that's already happening in our state illegally or it's something that residents of our state are just going just over the border and taking care of and are participating in," said Plainville Select Board Chair Brian Kelly, whose town borders Rhode Island. "And it's nothing but a loss to our communities and our state in terms of revenue and job opportunities."

Up north, near the New Hampshire border, the story is the same, Ipswich Rep. Brad Hill said. For DraftKings, 30% of the company's sports bettors in New Hampshire over the last year have had Massachusetts addresses, a company official said.

While 30 states have authorized gamblers to place legal bets on sports in some fashion, Massachusetts has been considering whether to similarly expand gambling here since the U.S. Supreme Court in May 2018 ruled that the nearly nationwide prohibition on sports wagering was unconstitutional and gave states the ability to legalize the activity. Meanwhile, illicit gambling continues to attract bettors in Massachusetts as well.

Sue O'Connell sat down with State Sen. Brendan Crighton, who is refiling a bill on Beacon Hill to legalize sports betting.

Massachusetts also has the DraftKings factor to consider -- the daily fantasy sports-turned-sports betting giant was founded in Watertown and keeps a headquarters in Boston. In his testimony Thursday, co-founder and CEO Jason Robins told the committee that he would like to expand his company in Massachusetts, but legally cannot base certain sports-betting employees here unless the activity is legal.

"We are hopeful to have the opportunity to operate in every state and, in order to do so, until Massachusetts authorizes sports betting, we will continue to locate certain teams and functions outside of the Commonwealth," he wrote in his prepared remarks. "We urge the legislature to move swiftly so that the Commonwealth can more quickly realize the economic benefits -- and consumers can realize the safeguards and protections -- of a robust, legal sports wagering market."

Supporters of legalizing sports betting are vocal about it and outright opposition to the idea is much more rare. Plenty of people and groups, though, oppose some sports betting -- like wagers on collegiate contests -- and others focus more on ensuring measures would be in place to mitigate the social and public health impacts of legal wagering without explicitly supporting or opposing its legalization.

The overwhelming majority of the testimony heard during Thursday's committee hearing was in support of sports betting in one form or another, though not all supporters agreed on the fine details of their preferred bills. The first testimony from someone in direct opposition to sports betting did not come until the hearing was already five hours old.

Les Bernal, a former aide to former Massachusetts state senator and expanded gambling opponent Susan Tucker who now leads the national nonprofit Stop Predatory Gambling, told the committee that commercialized sports betting "would further extend the institutionalized racism of state-sanctioned gambling and how it has reconfigured Massachusetts's tax code to benefit whites at the expense of black and brown people."

Between the Massachusetts Lottery and legal casino gambling in the Bay State, players already lose $2 billion worth of personal wealth to state-sanctioned gambling each year, Bernal said. That works out to $5.5 million each day or $3,805 every minute. In the next five years, Massachusetts gamblers are on track to lose more than $10 billion on just the gambling opportunities that are currently available.

"A disproportionate amount of that $10 billion will be lost by the state's black and brown citizens, further intensifying the outflow of personal wealth from these communities who are already the most targeted by gambling operators," he wrote in his testimony.

The issue of racial equity in sports betting came up earlier in Thursday's hearing when Sen. Adam Gomez and Rep. Orlando Ramos pitched their bill, which would allow bars, restaurants and establishments like American Legion or VFW halls to offer sports betting to their customers via kiosks managed by licensed operators.

Ramos also likened the possible legalization of sports betting to the state's recent legalizations of casino gambling and non-medical marijuana and said Massachusetts "may have missed the boat" on ensuring those industries are diverse and inclusive.

"There are no Black- and brown-owned casinos in the commonwealth. And, despite the effort of many legislators, there are very few Black- and brown-owned marijuana businesses. That tells us that we have to be intentional in allowing Black and brown businesses a fair opportunity to benefit from this new multi-billion dollar industry," Ramos said. "Our bill allows for bars and restaurants to offer in-person betting. If we do not allow this provision into the final bill, it would monopolize sports betting to casinos and online apps, none of which, to my knowledge, are owned by Black and brown owners."

Thursday's hearing also brought back to the forefront an issue that was first debated more than two years ago -- whether Massachusetts should allow betting on college sports.

Among those who told the committee to shield college athletics from legal sports betting Thursday was Jerry York, the legendary Boston College men's ice hockey coach. York testified on behalf of the college, which strongly opposes collegiate betting.

"The players we work with are 18 to 22 and there's no benefit at all to them if this passes for colleges. I would strongly hope that, like Connecticut and Rhode Island and some of our neighboring states, that the colleges will be excluded from this bill," York said. "I think it'd be a huge Pandora's box of problems for us."

Sen. Brendan Crighton, who has filed sports betting bills this session and last, said it is imperative to allow collegiate betting -- though his own bill would not allow bets on Massachusetts colleges or universities "out of deference for our higher education institutions" -- if Massachusetts is truly going to lure people away from the existing illicit market.

"If we do not include college sports we will not be able to bring folks into the regulated market and away from their current platforms," he said.

Though there were 19 sports betting bills on the committee's agenda Thursday, it's very unlikely that any single one of them will advance in its current form as the vehicle of choice if or when the Legislature considers sports betting. Instead, the Economic Development Committee is more likely to assemble its own omnibus sports betting bill drawing aspects from the various different proposals, members said Thursday.

The bills differ when it comes to details like the tax rate, licensing fees and the number of possible betting licenses, but nearly all of the bills filed in Massachusetts would put sports betting under the auspices of the Massachusetts Gaming Commission, require bettors be at least 21 years old and be physically present in Massachusetts, allow both in-person and mobile betting, and would include consumer safeguards to protect against problem gambling similar to those provisions put in place for casinos when Massachusetts expanded gaming in 2011.

On Wednesday, the Mass. Gaming Commission's Office of Research and Responsible Gaming published a white paper outlining its responsible gaming framework and mapping out how it could apply to sports wagering. The policy paper found that there was "no significant change in gambling participation on sports wagering from 2013 to 2019" in Massachusetts but noted an uptick in online gambling participation in 2016, when daily fantasy sports first became legal here.

The paper recommends that any sports betting legislation include "positive play" supports like automated budget alerts and "cool off" periods, restrict the use of multiple accounts and prohibit credit card use, limit where and how betting firms can advertise and commit to data reporting and research.

"Because sports wagering is predictive of concurrent and future problem gambling behavior, it is crucial for there to be measures to support safer levels of play and mitigate gambling-related harm," MGC Director of Research and Responsible Gaming Mark Vander Linden said.

Vander Linden's report also keyed off a study that was presented to gaming regulators earlier this year, which found that Massachusetts gamblers mostly know how and when to control their betting, but they generally have a medium or low level of understanding of the games they play and the risks that are inherent to them.

Auditor Suzanne Bump also submitted testimony Thursday in which she did not take a position on the issue but encouraged lawmakers "to keep in mind the accountability mechanisms necessary to ensure integrity, security and consumer protection, and their cost, should you decide to move forward in this area."

The gaming commission itself remains neutral in the sports betting debate, but Executive Director Karen Wells told the committee Thursday that the commission is doing what it can now to prepare for the possibility that it is charged with regulating sports betting and to get ready to make betting a reality if or when it is legalized.

"We recognize that there is a significant interest in getting this going. I hear these representatives and senators talking about the finances and the money to the commonwealth, so we recognize there's a public interest in us getting going as soon as we can," she said. 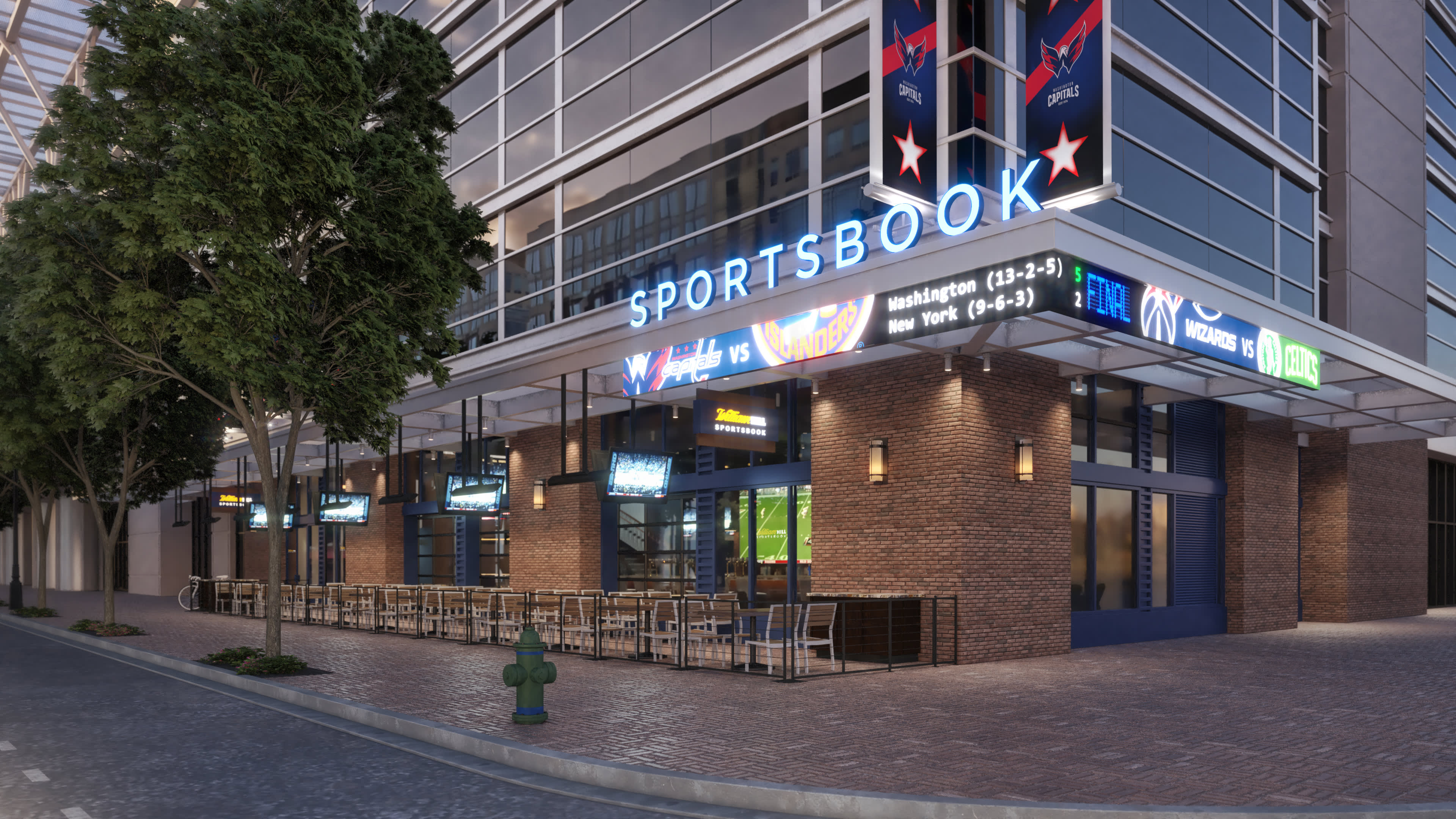