"We did do a weekend of sales tax holiday and I think that is sufficient for now. There's a lot of need in the state," Senate President Karen Spilka said

Gov. Charlie Baker on Thursday continued to pitch his new idea for a two-month sales tax holiday in Massachusetts this summer even after the $900 million tax relief proposal landed with a bit of a thud on Beacon Hill where many Democrats panned the short-term tax break and supporters voiced skepticism about its chances.

Baker filed legislation proposing to use some of the "significant" surplus expected when the fiscal year ends next week on an expanded sales tax holiday. The governor's bill would turn what is traditionally a two-day, tax-free weekend in August -- Aug. 14 and Aug. 15 this year -- into a two-month reprieve from the state's 6.25 percent sales tax.

But the idea of suspending sales tax collections in August and September to help give the retail economy a jolt encountered swift pushback from legislators who would have to sign off on the plan.

"We did do a weekend of sales tax holiday and I think that is sufficient for now. There's a lot of need in the state," Senate President Karen Spilka said.

"Whether it's investing in childcare, emerging workforce needs, K-12 education, public health, or families in need, there are no shortage of ways to responsibly invest to support an equitable economic recovery, however a short-term political gimmick is not one of them," Rodrigues said.

With Baker recommending the tax holiday run August through September, legislative leaders must decide in the coming weeks whether the proposal has any legs. If they don't accept it, Democrats in the House and Senate could choose to shorten the duration or, as House Minority Leader Brad Jones put it, let it "die a death of inaction."

Evan Horowitz, executive director of the Center for State Policy Analysis at Tufts, also questioned the wisdom of injecting an economy already showing signs of overheating with more capital.

"Outside the political questions, there's also the economic question: is now the right time for this stimulus? I think the consensus is probably not. We're running an economy right now that's very hot," Horowitz said.

More on the Sales Tax Holiday 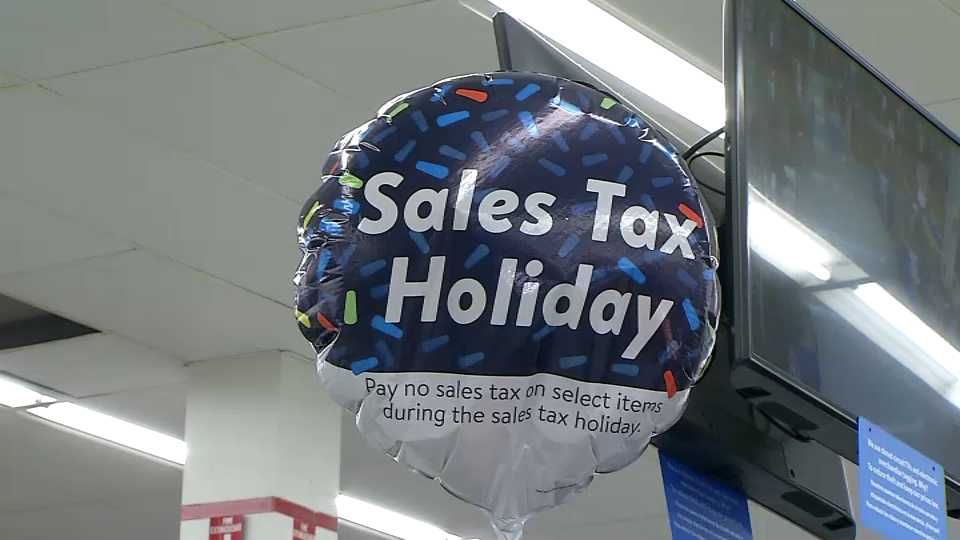 Horowitz noted the inflated prices of goods like lumber, supply chain constraints for microchips and the trouble many businesses are having recruiting labor.

"Injecting stimulus this summer compounds all of these problems. It's giving people money to spend when high spending is actually an economic concern, not a virtue," he said.

Shoppers say they are on board with Gov. Charlie Baker's proposal to extend the sales tax holiday in Massachusetts.

Baker has described his proposal as not only a way to help small, local businesses rebound from months of restrictions imposed during the COVID-19 pandemic, but also a way to say thank you to consumers who continued to spend and helped contribute to the surplus.

"The first thing I would say about the sales tax proposal is the legislature enacted a budget, we signed it. And it had certain assumptions about spending and revenue. Because of the hard work of the people of Massachusetts, the tax revenue side of this came in significantly above where we thought it would be, in the midst of pandemic, the people of Massachusetts once again over performed, we believe because of that, they deserve to get a piece of this back," Baker said at an event in Quincy. "They’ve had a very tough year. small businesses have had a tough year. Main Street businesses have had a tough year and people have had a tough year, and giving them a six percent cut on everything they pay for or everything they sell between now and the end of summer which is basically what we’re talking about here, we think would be a great way to jump start the economy."

The state ended May with $3.9 billion more than it had projected to collect over the first 11 months of the fiscal year, and midway through June the Department of Revenue reported collecting 80 percent of what it expected for the full month.

Baker said the unexpected strength of tax collections, including capital gains taxes, has pushed the state's reserved balance to more than $4.3 billion

"I think we owe some of this to the people of Massachusetts and to some of the small businesses. They had a terrible year," Baker said Thursday during an interview on GBH's "Boston Public Radio."

Asked whether he'd consider limiting the tax break to purchases made at small, local sellers, Baker said, "Well that's an interesting idea. Certainly happy to talk to the Legislature about that."

Retail groups were among those cheering Baker's proposal.

Jon Hurst, president of the Retailers Association of Massachusetts, called the proposal "a smart, exciting, and progressive economic incentive that will benefit our small businesses and our consumers just when they need it."

The Massachusetts Fiscal Alliance also countered the idea that allowing people to keep more of the money they earn should be seen as a gimmick.

"Massachusetts is collecting more tax money than they ever dreamed of, and Massachusetts taxpayers are among the most generous in the country. State House politicians should share some of the riches with the taxpayers and not keep it all for themselves to spend in a self-centered and reckless way," MassFiscal spokesman Paul Craney.

"We have a very significant surplus for a fiscal year that ends in nine days," Baker said. "The people of Massachusetts earned that surplus. We believe they should get it back."

But few supporters, if any, seemed optimistic about the bill's chances.

Jones said members of the House GOP caucus he had spoken with about the governor's proposal were "very receptive," but he was skeptical the Democratic leaders would allow the bill to come up for a vote.

"I'd certainly vote for it. I just honestly don't expect it will get to the floor for a vote and I don't know if there will be another chance for us to offer it," Jones said.

The Reading Republican called the proposal a "reasonable way" to recognize taxpayers, and said it should help small local businesses, even if some consumers choose to shop in "Big Box" stores.

"Maybe someone who was stuck in quarantine and burned out their TV on Netflix will go get a TV," Jones said.

Seeking to boost Massachusetts' economy, Gov. Charlie Baker on Wednesday proposed waiving the state's sales tax for all of August and September, rather than the traditional weekend.

Marie-Frances Rivera, president of the Massachusetts Budget and Policy Center, said it "makes good sense" to shift the tax system away from a 6.25 percent sales tax "that fall most heavily on low-income households." However, she added: "Unfortunately, spending the surplus this way forecloses the ability to make investments that will transform opportunities for everyone in our Commonwealth â€“ particularly for our low-income and BIPOC communities."

Rivera said the money could instead be used to accelerate the state's seven-year funding plan for the Student Opportunity Act, lower the cost of child care or allow regional transit authorities to eliminate bus fares.

Baker, Jones and other supporters of the extended tax holiday noted that the tax relief would come at a time when government is not only running a surplus, but lawmakers are debating how to spend more than $5 billion in federal COVID-19 aid, and cities, towns and schools received billions more through the American Rescue Plan Act.

The governor last week proposed spending $2.8 billion in Rescue Plan funds to boost the local economy, but the House and Senate rejected that plan and returned him a bill to deposit the ARPA aid into a fund for now.

Horowitz said a better plan for the surplus instead of piling stimulus money on top of stimulus money might be to either narrowly target the funds at populations that struggled the most during the pandemic or give it to loan programs and agencies like MassDevelopment that will deploy the resources over many years.