We are in First Alert mode for strong thunderstorms Wednesday.

We start off mostly cloudy with patchy dense fog, giving way to a few hours of sunshine before storms develop shortly after lunchtime, if not sooner.

It’s a weak front in New York State that is fueling these storms. With dew points near 70 degrees and a good deal of instability in the atmosphere, it will not take much to get rainfall rates in excess of two inches per hour or greater.

In addition, there should be quite a bit of lightning, localized wind damage and flash flooding. Short duration rainfall rates are expected at up to 4 inches per hour. The least likely place to see rain is where we had the most rain Tuesday: southeastern Massachusetts and northwestern Vermont.

High temperature will be in the 80s. Wind is mostly from the southwest 10 to 20 mph, but any thunderstorms can generate wind greater than 60 mph. The storms will only slowly weaken with the setting sun Wednesday night. We may still have flash flooding and severe weather even as it gets dark.

It’s going to be very muggy overnight as showers and thunderstorms are expected to continue, along with patchy dense fog in a low temperature in the 60s and 70s. 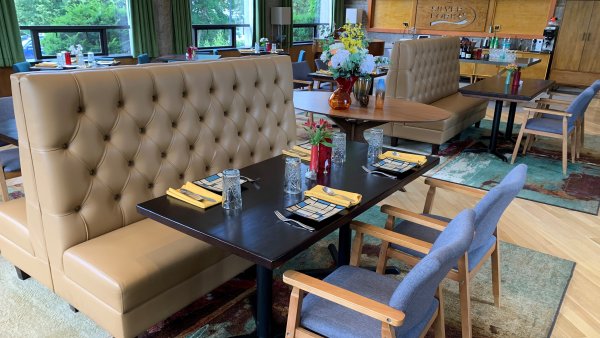 Planning Date Night? This Vt. Restaurant Has Been Crowned the Nation's Best Spot

The weather front from Wednesday will just sort of decay over us Thursday as another front from the west comes in with more heavy rain and thunder then. High temperature Thursday is expected to reach 85 to 90 degrees, dew points continuing in the low 70s.

The heaviest weather is expected east of the Connecticut River Thursday, as slow drying occurs far west and north.

The front pushes out to sea Friday, with a dramatic decrease in humidity. The day should end up beautiful with sunny skies and temperatures once again in the 80s, but much more comfortable with the dew point falling into the 50s.

High pressure from Canada comes to the mid-west this weekend and pushes much cooler air into New England. High temperature in the 70s to near 80 degrees with plenty of sunshine both Saturday and Sunday.

The exception is the high country of western and northern New England, where afternoon showers will develop in a chilly, unstable air mass.

Little change is anticipated for Monday, other than perhaps a wind shift more from the south pushing the temperature back to the low 80s. Then we repeat the whole process over again with warmer and more humid weather the middle of next week along with sun and storms.

It’s all laid out here in our First Alert 10-Day Forecast.