For the executive director of the Maine Lobster Marketing Collaborative, the sixth year of National Lobster Day provided an opportunity for recognition at an important time in the fall harvest season

Whether you know it or not, Friday, Sept. 25, was an official holiday of sorts. For the sixth year in a row, the U.S. Senate proclaimed the day National Lobster Day.

A Senate resolution, okayed on Sept. 10, highlighted some of lobster’s most likeable qualities.

Among them, are more serious aspects of the crustaceans and their impact on humans, including how “lobstering has served as an economic engine and family tradition in the United States for centuries” and how “thousands of families in the United States make their livelihoods from catching, processing or serving lobsters.” 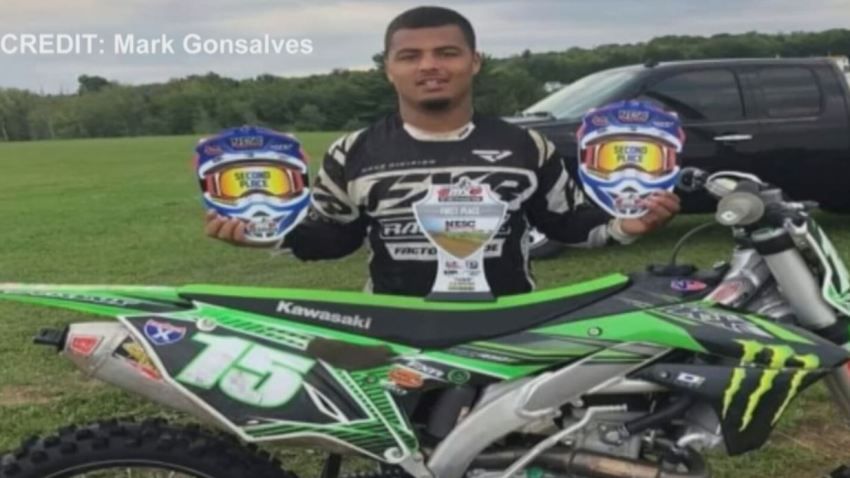 Man Who Says He Was Wrongfully Convicted of Murder Freed

There is also some lighter fare, including lines about lobster being “continually incorporated into trending recipes such as pho, gnocchi, hummus and fried lobster and waffles” and a mention of how “lobsters have been and continue to be, used as mascots for sports teams.”

A new study from a Maine laboratory has found that microplastics in the sea can impact the growth of lobsters.

At Fort Williams Park, in Cape Elizabeth, Maine, people the usual line of customers at the Bite into Maine food truck were excited to learn their Friday lunch fell on such an auspicious day in the crustacean calendar.

Visitors like Jonathan Wang and Anne McGrath, the latter of whom celebrated a recent birthday by eating a lobster roll on a celebratory visit to Maine from Brooklyn, described their meal as “incredible” and said they “had no idea” Friday was a Senate-approved holiday. But they had heartily fulfilled the congressional suggestion to “observe with appropriate ceremonies and activities.”

On a more serious note, National Lobster Day 2020 is set against the backdrop of a pandemic, which had cut into some of the usual revenue streams that support the industry like restaurant dining and events.

“This has been a particularly challenging year for everybody, not just Maine lobstermen,” said Marianne LaCroix, executive director of the Maine Lobster Marketing Collaborative, who added that the industry is “facing a fall where’s there’s a lot of uncertainty as the weather gets colder in the northeast.”

With so many restaurants closed and everyone's lives disrupted by the new coronavirus, fishermen in New England are trying to figure out how they'll pay their bills -- and lawmakers are figuring out how they can help.

For LaCroix, the sixth year of National Lobster Day provided an opportunity for recognition at an important time in the fall harvest season.

“I know sometimes people say our government should be focusing on bigger things, but it’s a quick thing for them to do and it has a real value to the hardworking fishermen and to the dealers and processers here in Maine,” she said.

LaCroix added that, despite people eating less lobster at restaurants, there has been an uptick in consumers buying lobster at grocery stores or companies that ship direct to eat at home.

As for the overall current market conditions for those fishing lobsters in Maine, Patrice McCarron, executive director of the Maine Lobsterman’s Association, sent NECN and NBC10 Boston the following statement:

“It’s too early to comment on lobster landings since we still have more than 3 months of fishing to go, and we won’t have an accurate accounting of average price until DMR releases the official data in early 2021.

“Based on anecdotal reports from the industry, there was a lot of anxiety as the lobster season got underway in 2020, as lobstermen braced for poor market conditions due to the slowdown of restaurants and overseas shipments due to the pandemic. The price paid to lobstermen has been generally lower than what was paid last year during the spring and summer months, though not as low as some had predicted, and price has stabilized to 2019 levels in September. The supply chain has been nimble and aggressive in developing new markets, with a strong focus on retail and direct to consumer sales, resulting in a stabilization of the markets.”