A Maine man accused of murdering a sheriff's deputy then leading police on a four-day manhunt last year, is now on trial.

John Williams, of Norridgewock, is charged with fatally shooting Cpl. Eugene Cole on April 25, 2018. Williams appeared in a Portland courtroom Monday morning for the first day of what some attorneys expect could be a two week trial.

A jury of eight men and seven women will decide whether or not Williams is guilty of murdering Cole using a 9mm Ruger handgun which state prosecutors showed to them within minutes of starting their opening statements. 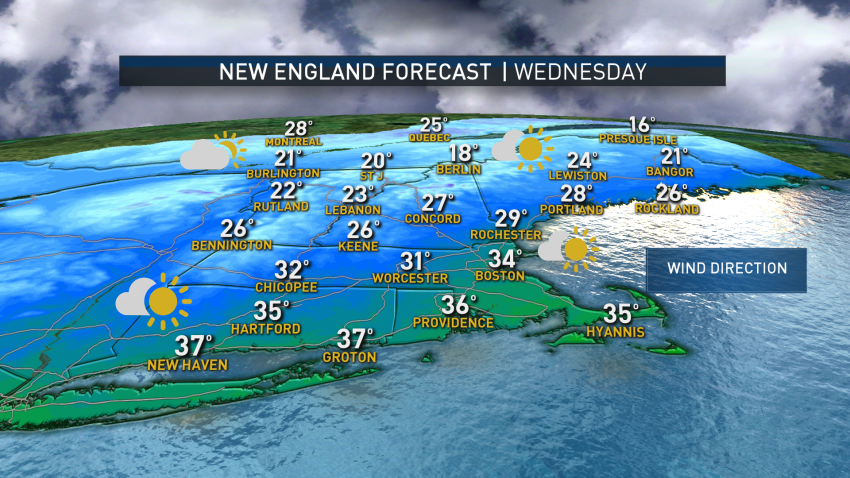 In addition to presenting jurors with the firearms, she described how Williams used it to shoot Cole in the neck at point blank range after “jumping him” catching him off guard on the night of his death.

Cole had been trying to arrest Williams on drug possession charges, days after he’d already arrested Williams' girlfriend for driving a car with drugs in them.

Zainea explained the state’s version of events which includes Williams “instinctively” grabbing the handgun and killing Cole then stealing the deputy’s police cruiser.

The state says it has video from Cole’s cruiser showing Cole arriving at the driveway Williams was found in, driving to a nearby convenience store to buy cigarettes and provisions then driving on backroads where he eventually ditched the cruiser and met a friend.

“He was mad at Corporal Cole,” Zainea said as she described Williams as a drug dealer and user who would eventually lead police on a days long chase before his capture.

Williams’s defense attorney, Verne Paradie, says he’s not going to dispute “most, if almost all of the facts” the state presented.

He acknowledged Williams' drug use, saying “he was smoking crack like he was breathing air,” around the time of the shooting and had essentially lost days worth of sleep.

Paradie told the jury he will prove Williams “did not intend to cause the death of Corporal Cole,” whom the lawyer also called a great man and officer with a great character.

Before proceedings ended on Monday the state had called a handful of witnesses including game wardens and a woman who knew essentially raised Williams that saw Cole lifeless on her lawn a short time after he’d been killed.

Williams watched the proceedings silently while a dozen or so members of Cole’s family including his wife watched from the gallery.

If Williams is convicted, state prosecutors have indicated they would ask for him to serve a life sentence.