The majority of students in kindergarten through fifth grade in Massachusetts are set to return to in-person learning on Monday as part of the plan outlined by the state's Department of Education.

While the state approved waivers for 69 districts that aren't ready to return full-time, and parents may still opt to have their kids learn remotely for the remainder of the school year, everyone else will be returning to classrooms that will have a different look as the coronavirus pandemic continues.

In Marshfield, for example, all desks will be set three feet apart. Furniture not deemed essential for the classroom will be removed to allow for the extra space, and tents will be setup outdoors to maximize space.

"You’re looking at square footage of a classroom," Marshfield Superintendent Jeff Granatino told NBC10 Boston last week. "You’re looking at distance seat to seat. Drop off plans before and after school will have to change. We have to include mask breaks."

Educators who received their first vaccine dose over the weekend say they look forward to returning to class but wish Gov. Charlie Baker had allowed them to get the vaccine sooner.

“The rooms are very small and sometimes ventilation isn’t good, so I think it would have been a good thing," Joyce Girouard said.

“Students are always full of all kinds of viruses anyways. This is valid. I start a class — a new class — next week, so I’m glad to have gotten it,” Christopher Corcoran said.

The Board of Elementary and Secondary Education granted Commissioner Jeff Riley the authority to determine when full and partial remote schooling would no longer count toward student learning time requirements on March 5.

Under the board's plan, middle school students -- primarily sixth through eighth grade -- will return to the classroom full-time by Wednesday, April 28. It's unclear when high schools will reopen.

Parents in Boston who said they felt excluded from the state's decision-making process held a protest outside the State House on Saturday.

Return to the Classroom 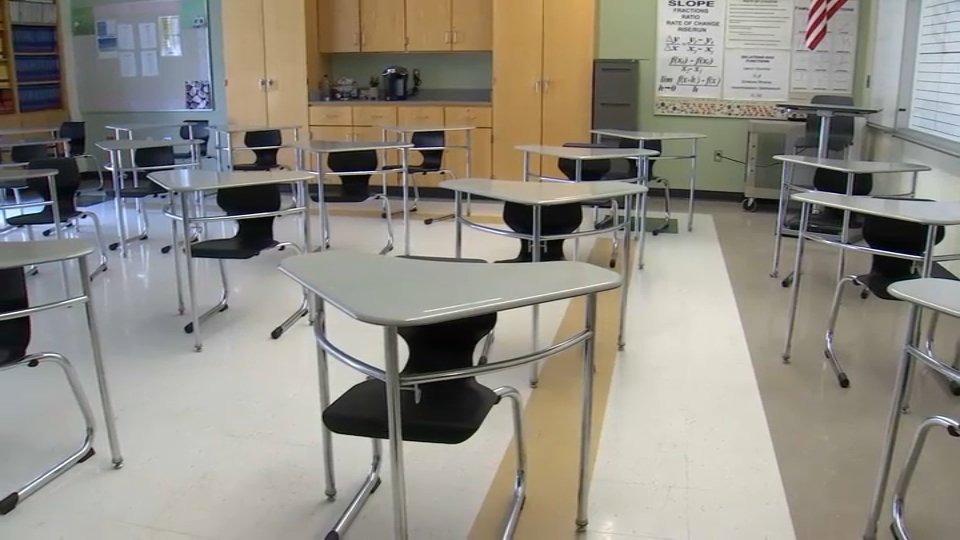 In Winthrop, the school committee voted to reopen all schools -- against the wishes of the superintendent, who wanted to hold off bringing back middle and high school students until the end of the month.

“I’m excited," Winthrop parent Stacey Lamiaux said. "My son is a senior at the high school."

Lamiaux says she can't wait for Monday, and that her son is excited, too.

"I think he’s pretty excited to be doing in five days and seeing all of his friends that he hasn’t seen in a while,” she said.

But Lamiaux tells NBC10 Boston that not everything may be ready for Winthrop students on Monday.

“As far as I’ve heard, for tomorrow, some kids are not going to have desks going back to school," she said. "They didn’t have everything prepared for tomorrow.”