With momentum growing behind efforts to reform policing across Massachusetts, an overwhelming majority of residents support the idea of licensing police and holding cops to a set of professional standards that includes a ban on the use of chokeholds, according to a new poll.

The Suffolk University poll for the State House News Service, Boston Globe and others also found support for prohibiting law enforcement from using rubber bullets, tear gas and military-style vehicles, and a slim majority of residents said police budgets should be cut and public money reallocated to social services.

The public clamoring for more oversight and restrictions to be placed on police in Massachusetts comes as racism has ingrained itself on the list of the biggest challenges residents see facing the state, and more than three-quarters of the population think police treat Black people differently than other races.

People made their voices heard over the Worcester City Council's vote to increase the budget of the police department.

The Suffolk/SHNS poll showed that even in the midst of a months-long public health crisis involving COVID-19 the national outcry over the killing of George Floyd in Minneapolis while in police custody rivals concern over the pandemic.

After weeks of protests around the state over police brutality, more than 79 percent of residents in Massachusetts said they viewed the death of Floyd as a sign of broader problems with the treatment of Black people by police, as opposed to an isolated incident.

"People, through public opinion, are putting serious constraints on the police in every way in terms of their perceptions of behavior and tactics and future policy and it's manifested itself based on the belief that police don't treat Black people the same as everyone else," said David Paleologos, director of the Suffolk University Political Research Center, which conducted the poll.

Activists called out Gov. Charlie Baker during his news conference in Mattapan, saying he was not doing enough to help people of color in the community.

More survey takers ranked racism as the most serious problem facing people in Massachusetts -- 29 percent -- than they did unemployment and the economy, their physical and mental health due to COVID-19, opioid abuse or climate change.

Raul Silva, 58, grew up in the historically Black neighborhood of Roxbury in Boston. Now a civil engineer who works for the state Department of Conservation and Recreation, Silva said racism is "definitely on the list" of problems that have not gone away in Massachusetts.

"I think there's a huge disparity between inner cities and suburbs, northeastern states and southern states," Silva said. "In the Northeast, racism takes a lot of different forms and some of it is very, very subtle. There is no visible discrimination, but things like ability of a family to work and save money and qualify for a mortgage with a fair interest rate. Those practices are pretty harsh." 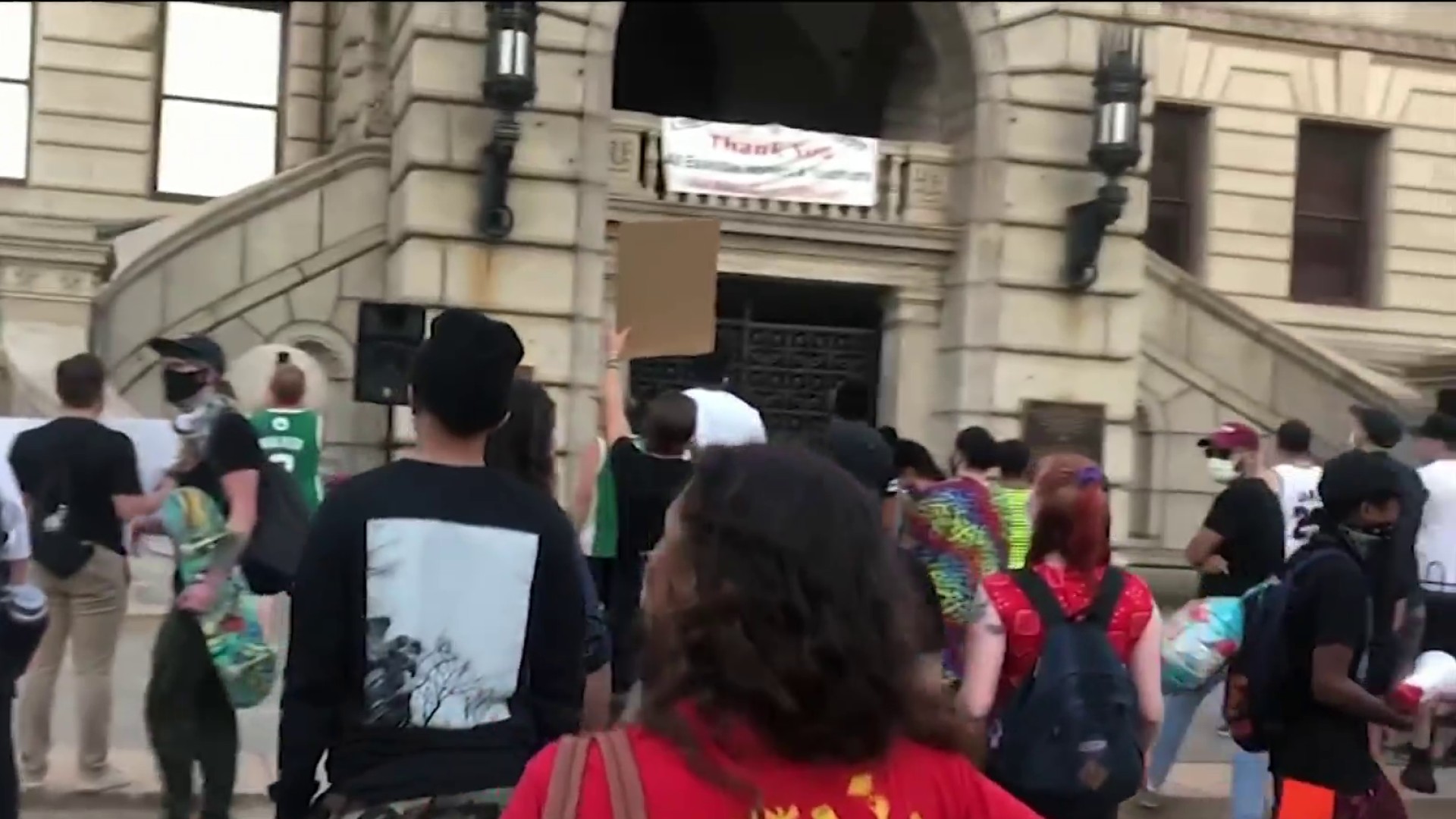 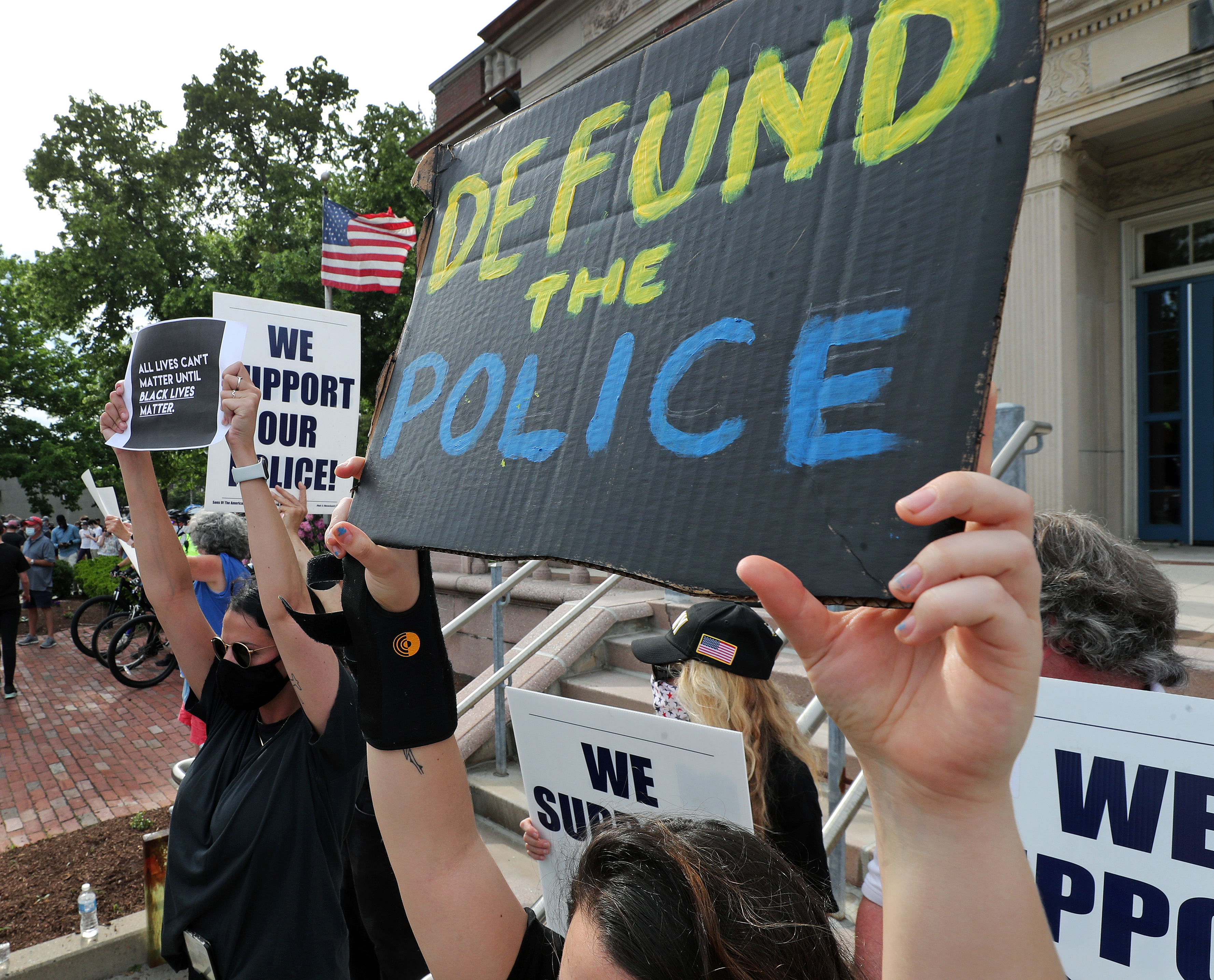 Silva moved to Newton 10 years, attracted by the diversity in the school system that his daughter graduated from and the presence of people of color working as doctors, lawyers, engineers and contractors.

The WGBH News/SHNS/Suffolk survey of 500 Massachusetts residents was conducted June 18-21 with live callers on cellphones and landlines. It has a margin of error of 4.4 percent.

Gov. Charlie Baker last week filed legislation to create a police officer certification system similar to those used in 46 other states that would allow the state to revoke an officer's license for misconduct.

Over 82 percent of residents in the poll said they support the concept.

"I think that's a good idea. I'm completely shocked because I would have thought something that like would have already been in place," said Rachelle Smith, 56, of Brockton.

Smith works as a residential counselor, which she said required her to keep up her own certification every two years. She lives in public housing where she raised her two sons, who she said were frequently harassed by police. She has even filed formal complaints with Brockton police.

"There's always been racism in Massachusetts We've endured it quite a bit in the Black community. My sons have endured a lot of it Brockton, and I've been passed over for jobs know that I've been qualified for," Smith said.

Only 5 percent of white respondents said they had been hurt by their skin color, while 39 percent said it made no difference.

Three-quarters of the poll respondents also said they thought people should be able to sue individual officers for misconduct while on duty, not just police departments, endorsing the idea of ending what is known as qualified immunity for police, which is being debated in Congress.

The poll, however, found a divide between how people view police generally, and how they view law enforcement in their own communities.

But while 95 percent of people who live in urban areas think Black people are generally treated differently by police than other people, only 57 percent said that is the case in their own city. Among suburban residents, the split between people who see a double-standard in police treatment of Black people generally versus their local police department was 73 percent to 47 percent.

As in all polls, smaller subsets of people carry a higher margin of error.

"What that tells us is that as you're more connected to your policeman or policewoman in your community, you're more understanding of their struggles and because of the familiarity you understand their jobs and what they need to do and they're more part of the community," Paleologos said.

Baker's bill enumerated multiple offenses that could result in an officer being decertified, including the use of a choke hold or the excessive use of force that results in bodily harm. House Speaker Robert DeLeo and Senate leaders like Majority Leader Cindy Creem have also indicated their support or filed legislation to require the licensing of police, ban chokeholds, and require that officers intervene if they witness a colleague using excessive force.

A slim majority -- 50.4 percent -- said police budgets should be reduced and the money reallocated to social services, while 40.8 percent said police budgets should remain unchanged. The divide was closer when residents were asked about spending on law enforcement in their own communities, with 44.8 percent saying their local police should have their budgets reduced, compared to 45.2 percent who want to leave it alone.

Silva said he thought money could be better utilized to train law enforcement in community policing tactics, and several other respondents said they supported redirecting some money spent on police overtime and other costs for education and social services.

"Why do they need tanks when my friends who are teachers have to buy supplies for their own classrooms. That seems a little backwards," said Barry Ellison, 40, of Hamilton.

The images of a white Minneapolis police officer with his knee on the neck of George Floyd was watched by millions of people around the country and the world, contributing to the reaction and the protests that followed.

While that video was shot by a bystander, the overwhelming majority of those polled, 88.8 percent, said police officer body camera footage, if available, should be made public in cases when police officers use force.

The Black Lives Matter movement also has strong support statewide, the poll showed, with 85 percent of residents saying their either support or strongly support the movement.