Man Swallowed By Whale Apologizes During Interview With Jimmy Kimmel

The late night host said like many, he didn't believe the whale tale when he first heard it

Michael Packard, the Massachusetts lobster diver swallowed by a whale last week, apologized to the massive mammal during an appearance on "Jimmy Kimmel Live!" Wednesday night.

"I want to apologize to the whale for getting in his way, and I won't ever do it again," he said.

Kimmel grilled Packard on the experience while the diver sat inside a mock-up of a whale's mouth specially built for his appearance. The late night host said like many, he didn't believe the whale tale when he first heard it.

"This is really one of the craziest stories I've ever heard," Kimmel said. "You'll probably be telling this story till the day you die."

Packard told Kimmel it felt like he got hit "by a freight truck" when the whale swallowed him while he was diving for lobster off the coast of Cape Cod.

"This bang, and everything just went instantly dark, and I'm just moving, traveling fast through the water. I'm like, 'What the heck, did I just get eaten by a shark?' But no, a shark's mouth is not that big, and I don't feel any teeth."

He said the experience was like being in a moving car only with water rushing in.

"I was struggling and banging and kicking and just thinking 'There's no way I'm going to get out of this unless he decides to let me go. I'm dead. This is how I'm going to go.'"

In all, Packard said he was probably in the whale's mouth for about 30 or 40 seconds before it spit him back out.

When he got back to the boat, he said the first thing he exclaimed was, "I was in the [expletive] whale's mouth!"

Packard also clarified to Kimmel that he wasn't technically "swallowed" by the whale, since he wasn't digested and he was spit out.

Before leaving the show, Packard received a few parting gifts from Kimmel, including a "Free Willy" DVD, a can of whale repellent spray, a "Kiss me, I got swallowed by a whale" T-shirt and a special Fudgie the Whale cake with a man inside of it.

Packard also gave a shout-out to the company that sells the lobsters he catches, Wellfleet Shellfish Company in Eastham. 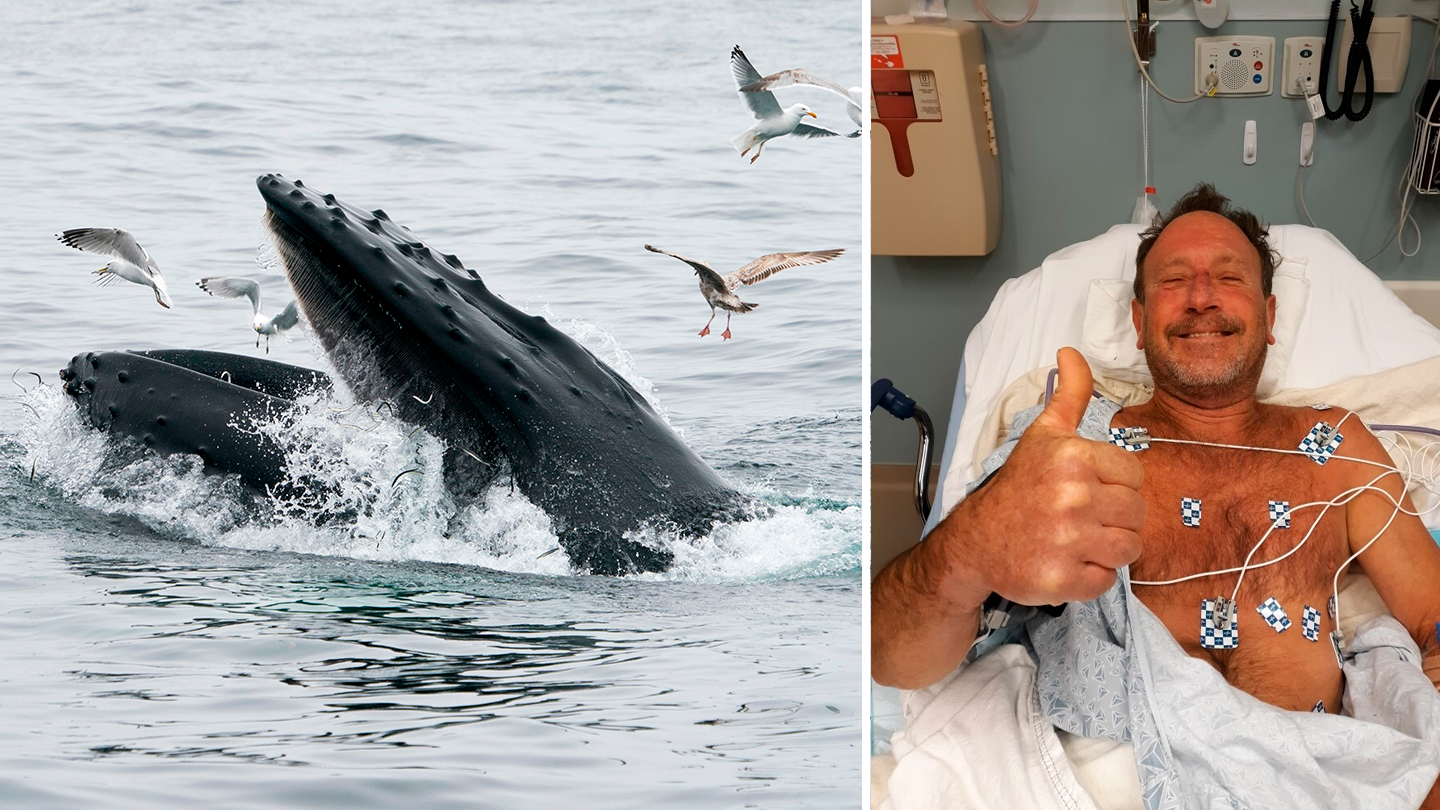 Is Mass. Lobster Diver's Whale Story a Fish Tale? Some on Cape Are Skeptical 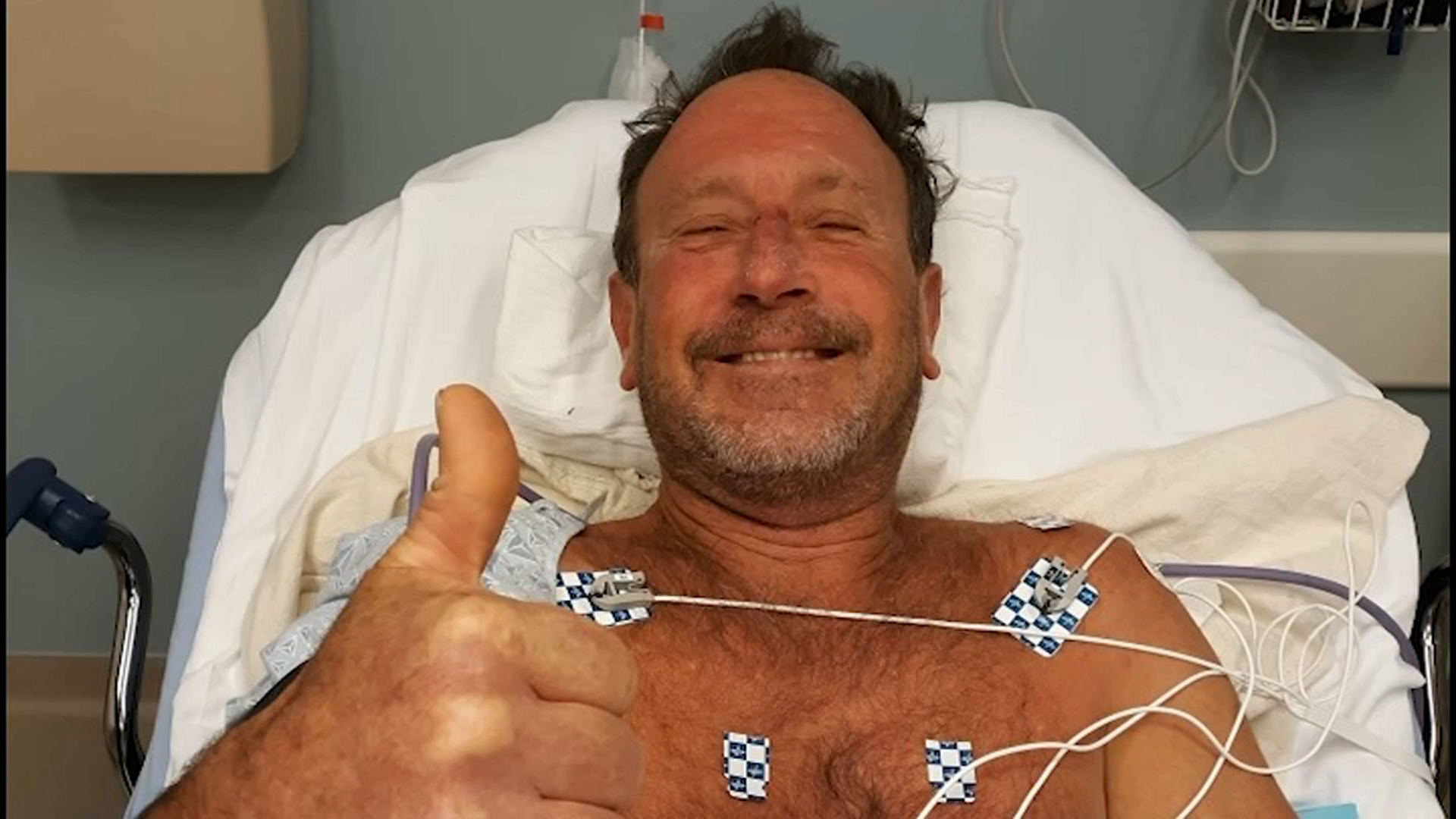 Lobster Diver Q&A: Who the Man Swallowed Up by a Whale Wants to Play Him in a Movie