Man Taken Into Custody After Police Pursuit on I-95

A 57-year-old man was taken into custody on Monday morning after allegedly making threats and leading police on a multi-town pursuit on Interstate 95 in Massachusetts.

Earlier Monday morning, police in West Warwick, Rhode Island, asked other police agencies to be on the lookout for a man who had threatened to harm himself and someone in New Hampshire. The man was reportedly driving in his pickup truck from Rhode Island to New Hampshire.

Around 9 a.m., a Massachusetts State Police trooper observed the vehicle, a 2019 Chevrolet Colorado, on I-95 north in Weston and attemtped to stop it south of the Route 30 exit. The driver refused to stop and state police began a pursuit, with the vehicle continuing to flee on I-95 north at varying speeds.

A short time later, the pickukp truck hit a tire deflation device that had been placed on the highway by a state trooper who was positioned ahead of the pursuit. The spike strip damaged one of the suspect's tires, and he continued to flee, with smoke coming from the wheel of the vehicle. 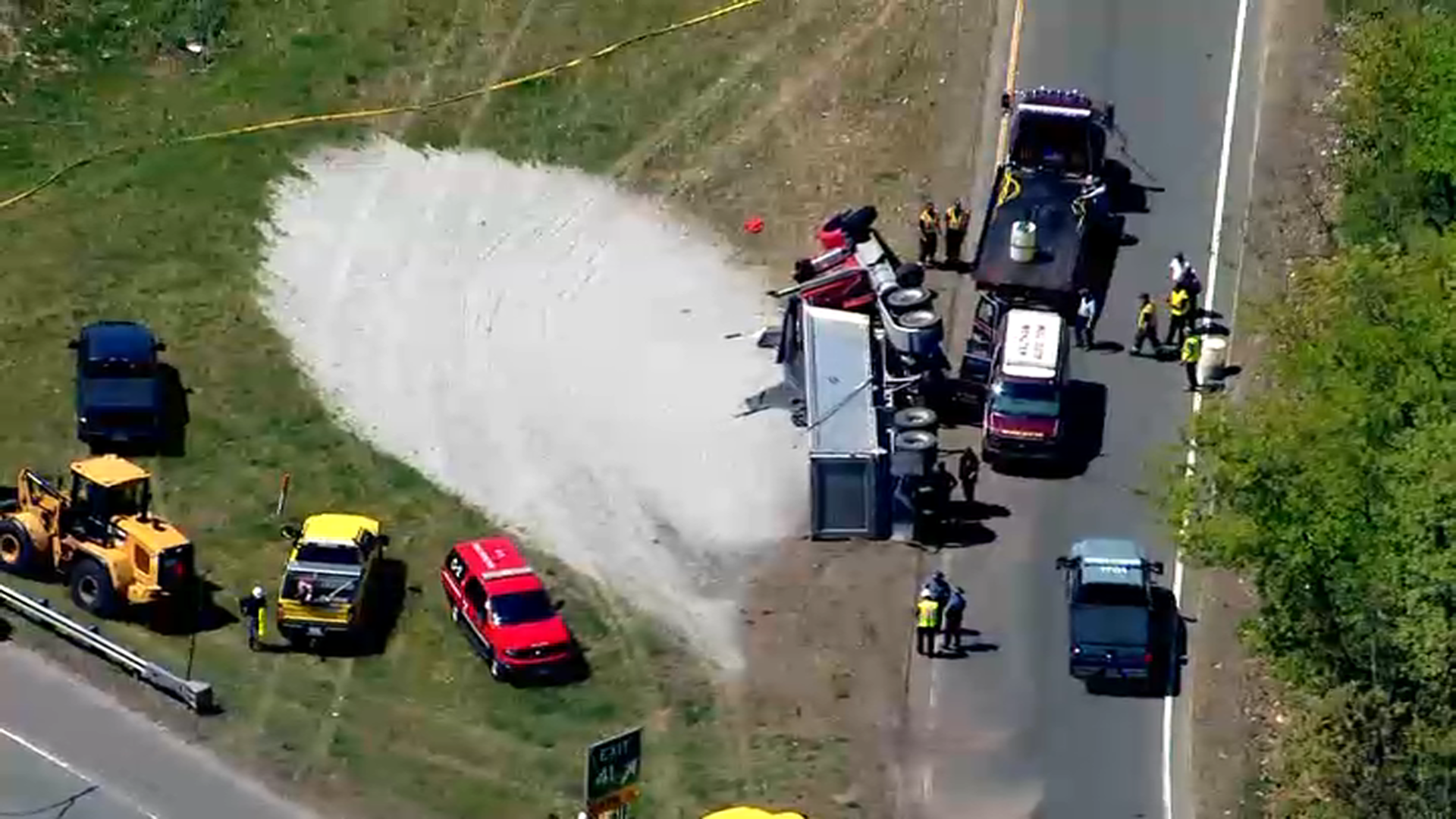 Dump Truck Rolls Over on I-95 in Waltham, Closing Exit Ramp

A short time later, the suspect exited I-95 onto Route 4/225 north in Lexington, driving on the rim of the damaged wheel as he entered Bedford and turned onto Hillside Avenue.

Around 9:15 a.m., the suspect pulled into the parking lot of a Veterans Administration hospital in Bedford and stopped. State police troopers placed him into custody and he was taken by Bedford EMS to Lahey Hospital in Burlington for evaluation. His name was not released.